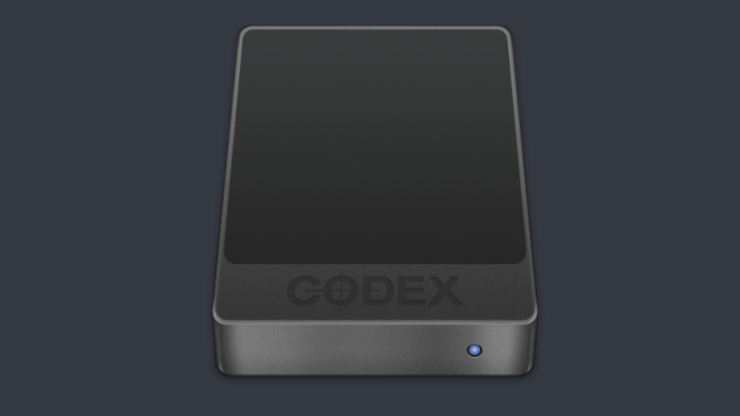 Hedge now supports Codex’s ultra-fast storage, which is especially handy if you work with ARRI cameras. Now, this was actually announced back in August, but I somehow missed it.

Codex support sounds like it would be something super simple, but it’s a little more complicated. What Hedge had to do was come up with a new copy engine that could not only handle HDE files (more on those later), but that was also optimized for dealing with ARRIRAW files as well.

Codex High Density Encoding (HDE) is an easy to use tool for large format workflows to control the ever-increasing data footprint of RAW video images. Studios are demanding 4K and RAW image data to archive and future-proof the negative. Cinematic productions are in the process of transitioning from 2K to 4K (uncompressed in size) with camera manufacturers such as ARRI, offering up to 6.5K uncompressed images. High Frame Rate (HFR) and High Dynamic Range (HDR) add to this large format data footprint, leading to significant cost increases as well as storage and transmission challenges.

Uncompressed RAW data costs more to transport and store than compressed ProRes files. An uncompressed Bayer pattern image can be reduced to an HDE file size not much larger than a corresponding ProRes 4444 XQ mezzanine file. Except that with Codex HDE, you can access the original pixel values that were encoded.

Codex was originally developed as a recording system that allows you to capture higher data rates than regular storage media is capable of recording.

One of the ways Codex manages this is by recording onto RAIDed flash storage. By storing the sensor’s data stream onto the flash storage directly, there is none of the usual overhead of a file system. What does this mean? Well, in layman’s terms, there is no lost time waiting for files to be created, opened, or closed. Essentially this allows for more data to be written each second.

When connecting the storage to a Mac, Codex’ Device Manager detects that there is no file system and uses its own driver to make the drive appear as a file system. This clever little trick allows you to offload your media just like a regular hard drive.

Every update Hedge releases is tested with in-house Codex hardware. Each future update of the device Manager will be matched with an update of Hedge.