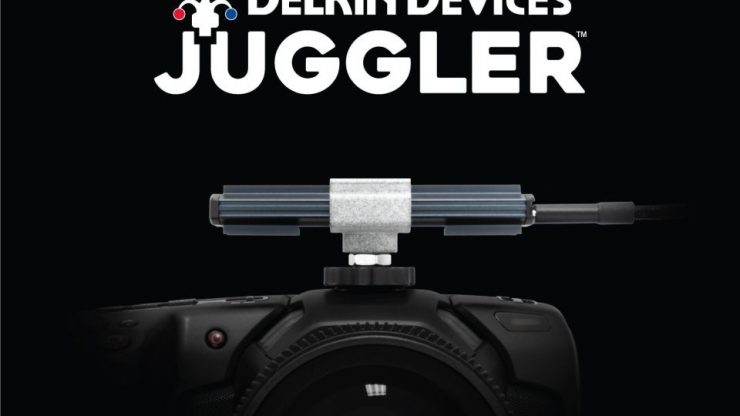 The Delkin Juggler is a PCIe bus standard flash-based SSD that has been designed to be used with cameras such as the BMPCC 6K and 4K.

The Juggler SSD has a claimed write speed of up to 1000MB/s which makes it a good solution for capturing any resolution or frame rate combination from the BMPCC 6K or 4K.

The advantage of using a PCIe bus standard flash-based SSD is that it is considerably smaller than a regular SSD and it has a lot faster ead and write speeds.

You don’t have to use the Juggler with the BMPCC 6K or 4K, it will also work with any USB-C supported cameras, including the URSA Mini Pro 4.6K G2. It also includes a mounting clip with a built-in 1/4-20″ male thread for direct camera attachment so you don’t need a cage to use it.

The Juggler also comes with a removable USB-C cable.

From shooting directly to editing

One of the benefits of recording directly to an SSD is once you have finished shooting you can simply plug your drive directly into a computer and start editing.

As far as I am aware, no one offers a 48-hour replacement guarantee for an SSD. The Delkin Juggler comes with a 48-hour replacement guarantee in addition to Delkin’s “13 Month Limited Warranty” policy. Delkin will happily replace any non-working card within 48 hours or less (not including weekends), prior to receiving your non-working card. This made me laugh, because filmmakers are hardly Monday to Friday 9-5 type of people. So in reality, it’s a 48-hour guarantee only during the week. I imagine this guarantee would also not include public holidays.

You can also replace your drive over the counter at any authorized Delkin reseller. To activate a Delkin Juggle SSD’s free replacement program and lifetime warranty, you can register your drive online.

The Juggler retails for the following prices and it should be available soon for purchase: