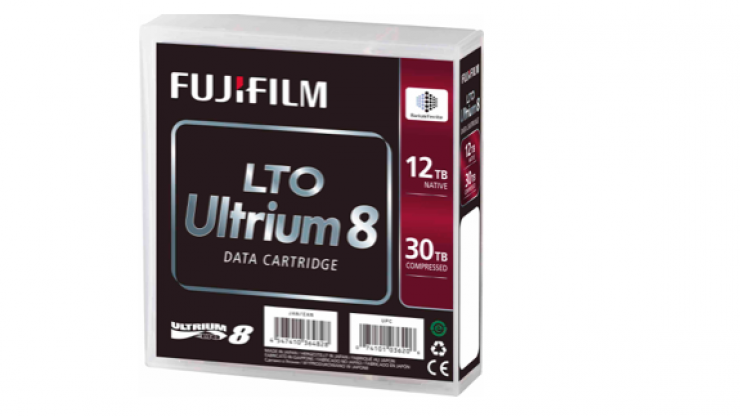 FUJIFILM has launched the LTO Ultrium8 Data Cartridge (LTO-8). The LTO-8 will allow for backup and archive of large-capacity data.

The amount of data generated worldwide has exponentially increased in recent years with the increased demand for higher resolution RAW video. “Cold-data,” which is the term used for data that was generated a long time ago and rarely accessed, is estimated to account for more than 80% of all data. As the utilization of accumulated data, including cold data, rapidly increases, so does the need for reliable and cost effective long term storage of such data for future use. LTO provides secure and long term storage of massive data at a low cost.

Why is magnetic tape used for backup?

Magnetic tapes have been used among major data centers and research organizations for many years as magnetic tapes not only offer large storage capacity, low cost, and long-term storage performance, but also create “air gap” data protection, physically isolated from the network, which minimise the risk of data damage or loss caused by cyber attacks.

In the future, magnetic tapes are expected to be used in cutting edge research fields where generate a large amount of data, such as AI / IoT-based smart manufacturing.

Initial Investment in LTO can be expensive

Despite the price of LTO tapes being quite cheap you still need to factor in the cost of an LTO drive. LTO drives can cost anywhere from $3,00-5,000 USD.

You also need to use LTO archiving software such as myLTO or PreRoll Post from Imagine Software. This is licensed software that you have to pay a yearly subscription fee to use.

Do any of our readers use LTO as a backup solution? Let us know in the comments section below.

Like what we do and want to support Newsshooter? Consider becoming a Patreon supporter and help us to continue being the best source of news and reviews for professional tools for the independent filmmaker.﻿