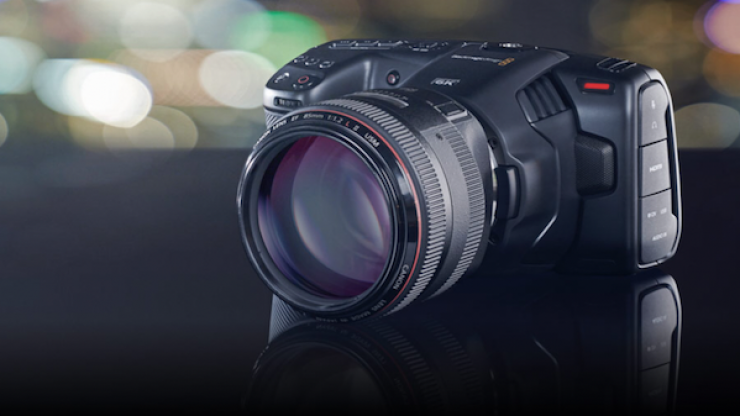 It wasn’t that long ago that I wrote an article entitled, “Are we ever likely to see a great camera slowdown?” It was an opinion piece looking at what has happened over the past 10 years.

It is going to be interesting to see what happens over the next 10 years. What camera companies will still exist, who will fall away, and what new companies will emerge?

These are all questions that I can’t possibly answer now. What I can tell you is that I think we are going to continue to see prices fall, particularly at the lower end of the market. With competition intensifying, manufacturers will be forced to innovate or they will die.

Even though the lower end of the market accounts for the majority of sales of digital cinema cameras, competition in this space is so fierce that not every manufacturer is going to succeed. If you don’t have higher-end cameras to protect, you can afford to be bold with both your pricing and specifications.

As Steve Jobs famously once said, “If you don’t cannibalize yourself, someone else will.” With companies such as Blackmagic, Z CAM, and Kinefinity disrupting the market, the big manufacturers need to start cannibalizing themselves if they want to stay relevant.

The only big manufacturer that so far looks like it is taking small steps down that path is Panasonic. Canon has seemed content to protect their higher-end models at any cost by releasing cameras that don’t step on their other products toes. Sony has done the same thing, although Sony is in the prime position where they can afford to do that. Sony dominates the world sensor market and they can comfortably make profits by selling their sensors to competitors.

Where did it all start?

The modern-day tipping point for the low pricing of digital cinema cameras came back in 2008, and it came from an unlikely source. When Canon was designing the 5D Mark II I’m pretty sure they had no idea that it would ultimately be responsible for changing the camera landscape forever.

You could very well argue that even if the video functionality hadn’t been put into the 5D Mark II that someone else would have come along and done the same thing, and that’s a fair point. What the 5D Mark II did do is to actively force manufacturers to come up with lower-cost alternatives to the much more expensive offerings they had available at the time.

Personally, I have no doubt that even if the 5D Mark II had never existed, that a similar camera or cameras would have still come along… eventually. What Canon ultimately did was accelerate the whole process and create a camera boom.

Since the release of the 5D Mark II, we have seen a plethora of cameras coming to market at an almost alarming rate. That trend doesn’t look like it is going to slow down anytime soon.

A change in direction

With the recent announcements of new cameras over the last few months, the market seems to be shifting in a new direction. The lower end and the higher end of the market are still there, but the middle tier has started to disappear. You have a vast array of cameras available that are under $10,000 USD, and then there is a rather sizeable jump up to higher-end options.

Just as the 5D Mark II was the catalyst for changing the market back in 2008, we are now seeing a whole host of affordable cameras that are starting to change the landscape. Unlike a single camera in the case of the 5D Mark II, it is now a range of companies and cameras that have become the new disrupters in the market.

Blackmagic, Panasonic, Kinefinity, and Z cam are all leading the way in that regard.

I personally believe that the professional digital cinema camera market has now firmly segmented itself into three categories.

What you need to take into account is these prices are body only. It will cost significantly more money than these listed prices to get everything you require to shoot. If you need a reference you should check out my article “The cost of a camera, is never the cost of a camera.”

This is the category where we have seen and continue to see the biggest movement. This category could be a race to the bottom, with manufacturers all trying to outdo each other. These cameras are only financially viable if manufacturers sell them in large numbers. Cameras in this category include:

This is the category where a lot of professional users purchase their cameras from. It includes popular options like the Canon C300 Mark II, Sony FS7, and Blackmagic URSA Mini Pro.

This is basically everything else that is above $10,000 USD. Realistically this is the category where most cameras are going to cost anywhere from $20,000 USD and up.

This category has also seen price drops, but those drops haven’t been nearly as big as those at the lower end of the market. There will always be a demand for higher-end digital cinema cameras, that is not going to change. A market is always going to exist where people will be prepared to pay premium prices for top tier digital cinema cameras.

Now, before people start complaining that the Panasonic S1, or Nikon Z6, or Sony a7 III aren’t listed, I have kept these lists for cameras that are not hybrids.

If I was to name all of the hybrid still/video cameras that were available, this list would be just too long. To make these lists, the camera has to be available to purchase today.

What happened to the middle tier?

It wasn’t that long ago where there was quite a bit of competition in the $15,000-$30,000 price category, but this category has steadily eroded away. This is where the C300, C300 Mark II, C500, Panasonic Varicam LT, Sony F5, Sony F55, and several RED cameras were originally positioned. Quite a few RED cameras and the Sony F5 & F55 still reside here.

The C300 and C300 Mark II both had their prices slashed and were both eventually available for under $10,000 USD. The same thing happened with the Panasonic Varicam LT, and now it is available for under $10,000 USD too. The Sony F5 and F55 haven’t been updated since 2012. At the time their pricing could be justified, but if they bought those cameras out today, they probably wouldn’t sell anywhere near where their price was in 2012.

In 2018 we also saw RED drastically lower the prices as well as streamline their camera line up.

Are we really seeing drastic improvements in camera technology?

Despite all of these new camera releases and their catchy specifications on paper, I think it is easy to get lost in what is really happening. Manufacturers are pushing higher resolutions, and in some cases higher frame rates, but are we really seeing any major improvements in dynamic range, color science and low light performance? That is very arguable.

There is no argument that we are getting a lot more bang for our buck these days than ever before, and I think that is where the most innovation has taken place.

As long as there are consumers willing to buy new cameras there will always be manufacturers who will make new cameras. Whether we have reached a point in time where the improvements are starting to get smaller and smaller is another story altogether.

What we have seen is that dynamic range in most cameras has reached a point where it has plateaued out. Almost all cameras now offer between around 11-14 stops of dynamic range.

The ARRI Alexa sensor is still thought to be the industry benchmark and that was introduced nine years ago! ARRI still use a variant of that same sensor in the ALEXA LF, Alexa Mini LF, and The ARRI ALEXA 65. If ARRI hasn’t been able to improve on that sensor in nine years it certainly seems to suggest that maybe we have reached a bit of a plateau.

Sure, the resolution has increased, codecs have gotten better, and there are more features than ever in cameras, but at the end of the day has real-world shooting significantly improved over the last few years because of camera technology?

Again this is something you could argue about. I personally think it has improved the real world shooting experience but has it resulted in me being able to obtain vastly better material than I was shooting 5-6 years ago? No. Resolution isn’t the be-all and end-all of everything. Higher resolutions don’t suddenly magically create better images.

There is nothing wrong with higher resolutions, but consumers need to be careful and not be blinded by the numbers 6K or 8K appearing on cameras.

No one should seriously be complaining about new camera releases. Take today, for example, Blackmagic just announced the BMPCC 6K for $2,495 USD. If you went back in a time machine 5 years ago and you told someone that in 2019 they would be able to buy a 6K internal RAW recording camera that could shoot 120fps in 2.8K, 3.7K anamorphic, weighed 800g, and cost $2,495 USD they would tell you that you are crazy.

I think we have forgotten just how far we have come in just a short period of time. People should stop complaining about what a certain camera doesn’t have, and embrace what it does have. We are spoilt for choice, and if you can’t create a great story with any of today’s available cameras, then camera choice is the least of your problems.