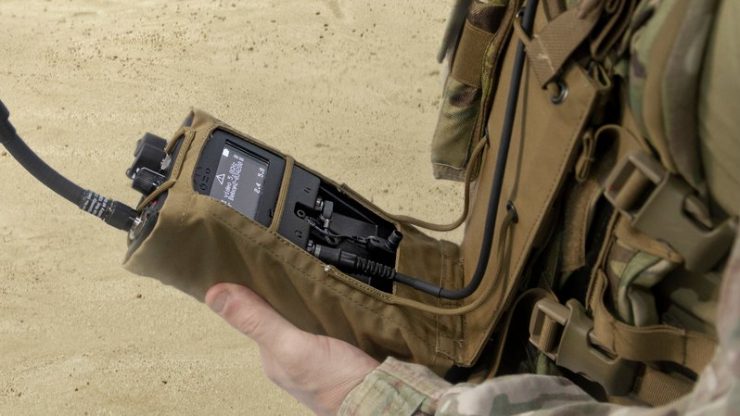 DroneShield’s RfPatrol is portable drone detector that has been developed so that law enforcement, the private sector, or government agencies can detect and gather data about drone proximity.

Small drones are often hard to spot, not only are they quiet but often they blend into their background (eg a white drone against a white cloud). In many instances, it is very hard to visually identify an incoming drone.

DroneShield’s RfPatrol is a small device (it weighs 700g), that can be left for a week/month at a target facility. It can be plugged into a wall socket where it will collect evidence of every drone in the proximity. The log of the detections can then be downloaded via a USB port. This gives law enforcement, the private sector, and government agencies data on how many drones were flown in the neighboring proximity.

RfPatrol can also be used as a wearable drone detection device. RfPatrol can detect drones within a 1km range. If it is worn, users can get instant information via a visual or audible alarm that will alert them if a drone has entered the 1km proximity.

The RfPatrol can be operated in two modes, ‘Stealth’ and ‘Glimpse’, allowing the user to control how they receive alerts.

RfPatrol is a completely passive device (zero RF emissions), so it can be used in environments where RF interference is undesirable.

The device is supported by ‘DroneShield Link’ that allows operators to keep their devices database up to date with the changing threat environment.

I’m personally all for drone detection. If you are going to fly a drone then you need to follow the rules and guidelines, just like you would for any other moving vehicle.

If you drive a car, ride a bike, fly a plane, or drive a boat, you have to follow the rules. The same should apply to drones.

All new DJI drone models released after January 1, 2020, that weigh more than 250 grams (8.8 oz) will include AirSense technology. AirSense technology will allow consumer drones to receive ADS-B signals from nearby airplanes and helicopters that will warn drone pilots if they appear to be on a collision course.

This initiative from DJI will be the largest single deployment of ADS-B collision awareness technology to date and sets a new standard by putting professional-grade aviation safety technology in mass-produced consumer drones.

Drone safety and detection is a huge business, but there are so many instances where drones are being blamed in the media as the cause of an accident without any actual proof. In a lot of cases, it gets proven that a drone had nothing to do with the incident at all.

Look, I get it. Drone safety is important, but if you weigh up the amount of actual incidents that occur because of drones, with how many drones are actually out there, the number of incidents is incredibly low.

It almost reminds me of every time there is a shark attack. Even though they are extremely rare, the initial reaction to any attack is to want to do something drastic about it.

This type of mindset is almost exactly the same with drones. A single incident and everyone starts to panic and wants to ban drones everywhere.

Drone safety is very important, but there is always going to be those small numbers of individuals who do the wrong thing that spoil it for everyone else.