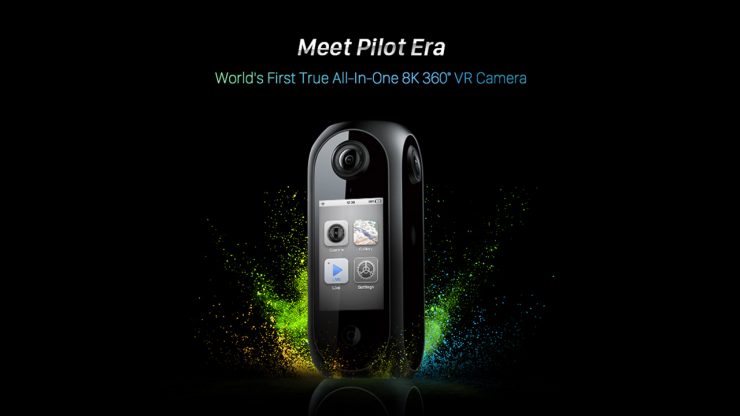 Pisofttech has just launched the Pilot Era all-in-one 360 VR camera on Indiegogo. It will be the first 360 VR camera with a built-in touch screen, capable of recording up to 8K 360 using four CMOS sensors.

The Pilot Era uses Pilot OS, a custom interface built on Android OS. It pretty much looks like a typical smartphone interface running on Android and will support OTA updates. Using the Android OS means the device can be quite versatile, with support for live-streaming via cellullar, Wi-Fi or ethernet supported. The Pilot Era also supports Google Street View (GSV) media creation, with GPS built-in.

Along with the GPS sensors, the Pilot Era also has a 9-axis gyroscope for image stabilisation.

One of the big drawbacks of capturing 180/360 footage is the post-processing requirement. Having to stitch the footage together can sometimes be a tedious process. The Pilot Era features in-camera stitching

The Pilot Era has 512GB of UFS high-speed storage built-in. While the option to use external memory would be nice, it’s going to be much easier to handle, compared to having 4 or 6 microSD cards.

With the removable 7200mAh battery, the Pilot Era has a claimed recording time of 3.5 hours when shooting 8K videos.

How does it compare?

Unlike many other crowdfunding projects, you won’t have to wait too long for the camera to ship, with an estimated shipping date of June.