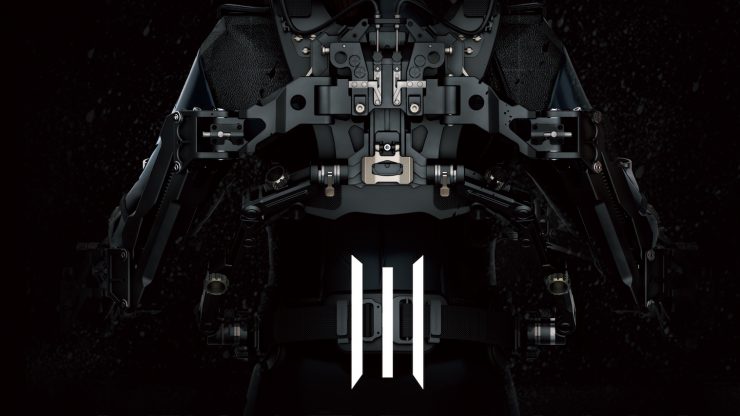 Tilta has announced the Armor Man III. As the name suggests, it’s the third iteration of their exoskeleton designed to help camera operators carry heavier camera loads and gimbals without putting strain on their arms and back.

It has been three years since we last saw an update to Armor Man. Above you can see our report from NAB 2016.

Armor Man III uses a quick release system that makes it compatible with any of the large full-sized gimbals such as the DJI Ronin 2, Movi Pro, Tilta Gravity and ARRI Maxima.

So what is new?

The Armor Man III features new dual-function shock absorbing arms. In a nice touch, Tilta has designed it so that the arms can be positioned above your shoulders, or moved to a side position that bows out from your arms. This should allow a fair degree of movement and flexibility for camera operators.

Unlike Armor Man II, the vest on the Armor Man III no longer features the arm connections on the back. Instead Tilta has added a triangular lever attachment that allows you to adjust the range and movement of the arms.

The padding and design of the Armor Man III looks to be an improvement over the previous version.

Using an exoskeleton certainly does make holding a high payload gimbal a lot easier, but the caveat is that the range of motion you can achieve when wearing one is limited. There is no indication about pricing or availability just yet, but to give you some sort of indication, Armor Man 2 retails for $2,250 US.