At the CP+ show in Japan Nikon was showing working prototypes of the NIKKOR Z 58mm f/0.95 S Noct. We got to actually use the lens, but we weren’t allowed to record any images or video.

The video is in Japanese with English transcript available via the closed captions menu. 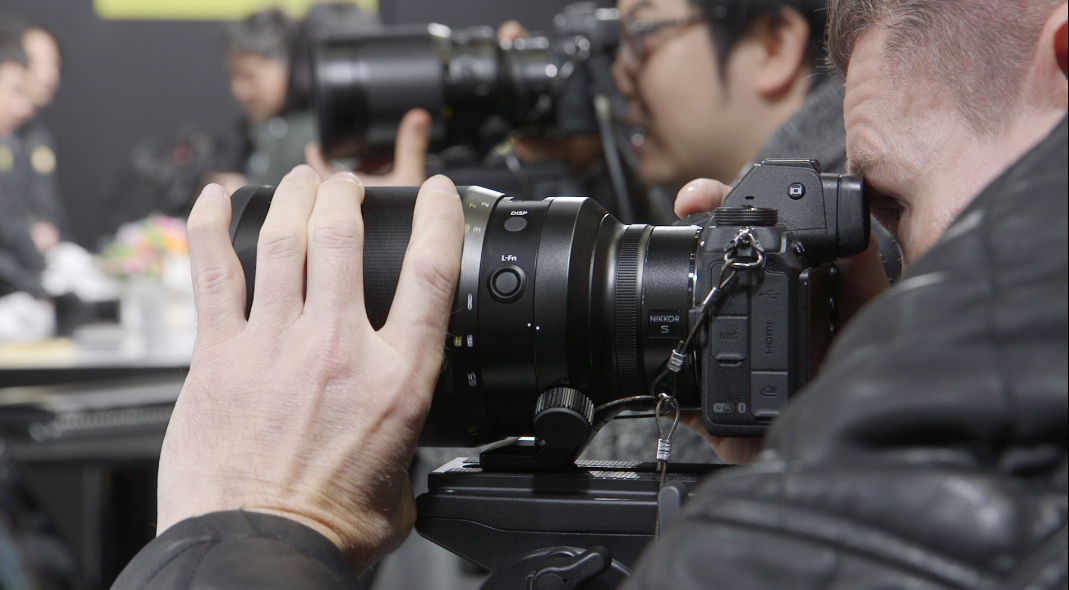 The NIKKOR Z 58mm f/0.95 S Noct is a large aperture, standard 58mm prime focal-length, the fastest lens in Nikon’s history. The inspiration for building this lens dates all the way back to 1977 when the original AI Noct-NIKKOR 58mm f/1.2 standard prime lens was released. The name Noct comes from “Nocturne” (a musical composition inspired by or evocative of the night). 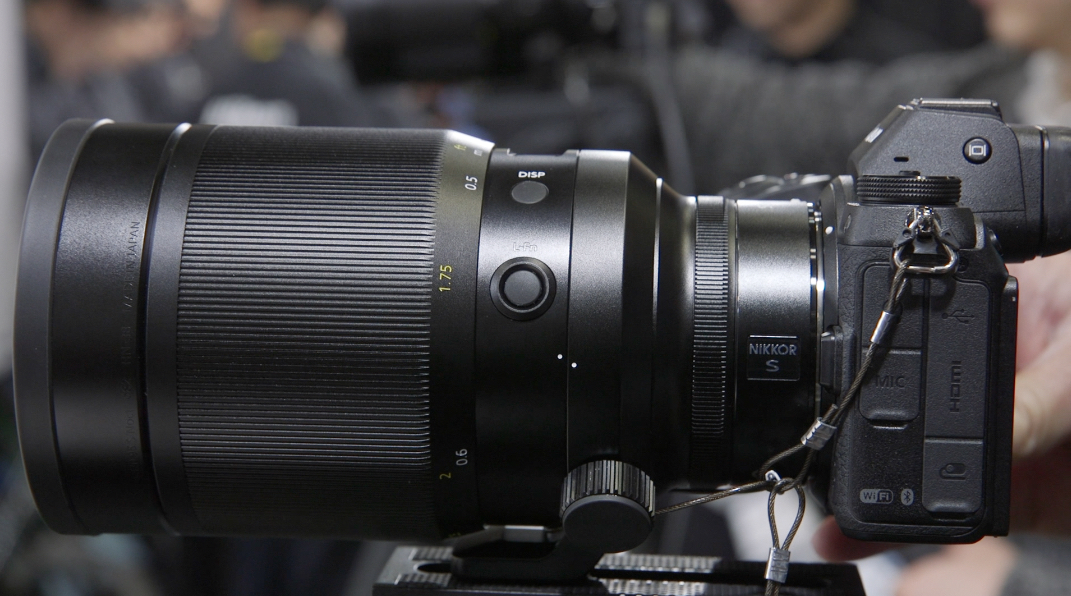 The NIKKOR Z 58mm f/0.95 S Noct is a manual-focus lens positioned at the very top of the S-Line. Nikon was able to build this lens because of the advanced design flexibility afforded by the Z mount. 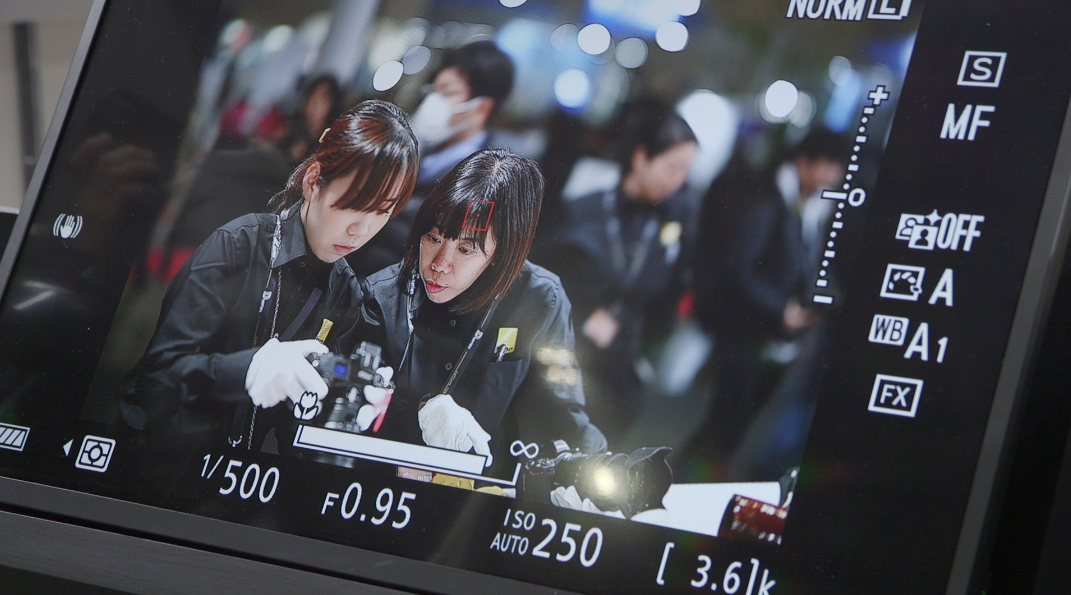 From my short time using the lens these are my takeaways:

The lens was nice to use and despite it only being manual focus it was easy enough to get sharp focus at f/0.95. The focus rotation of the barrel was quite big for a stills lens, but it certainly helps when getting focus at wide apertures. Just like other Nikon Z mount lenses, the NIKKOR Z 58mm f/0.95 S Noct has a small electronic display on the top of the lens that can show you various information such as the f stop and focus distance. 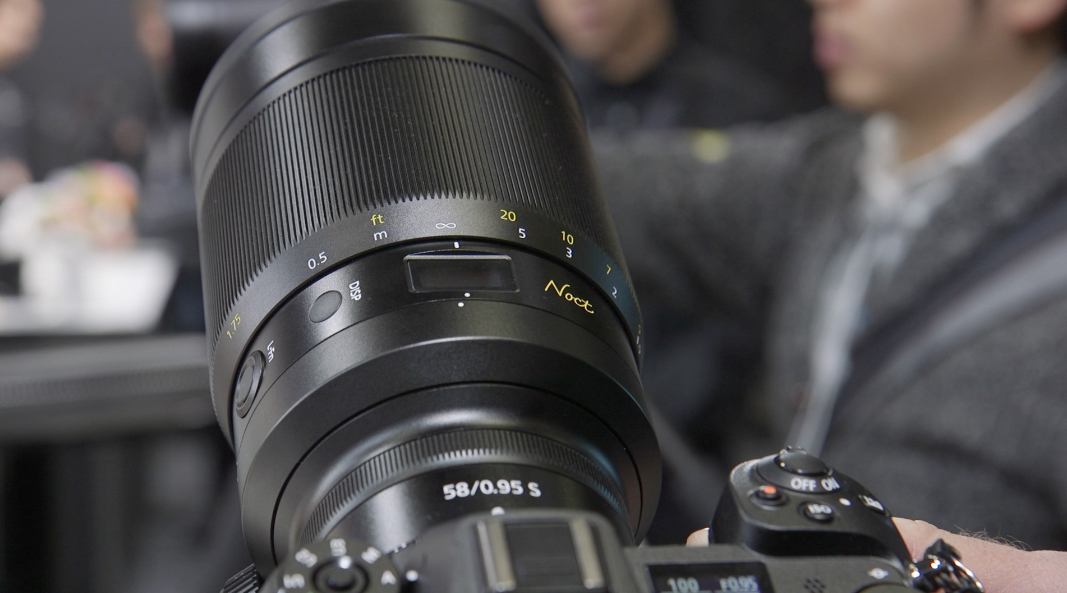 In a nice touch, Nikon has included both feet and meter markings on the lens barrel.

In a lot of ways the lens reminded me of the Zeiss Otus, both in terms of feel and look. I have a feeling Nikon is making this lens in the hopes that it will be optically better than any other full frame lens that is currently available.

Nikon told me that the NIKKOR Z 58mm f/0.95 S Noct is still very much on target for delivery this year, but they are still in the process of refining the lens. There is still no indication of pricing, but I have a feeling it could well be around the $5-7,000 USD mark. If you own a Nikon Z6 or Z7 and have deep pockets, as well as a penchant for the ultimate optical performance, this lens is probably for you.