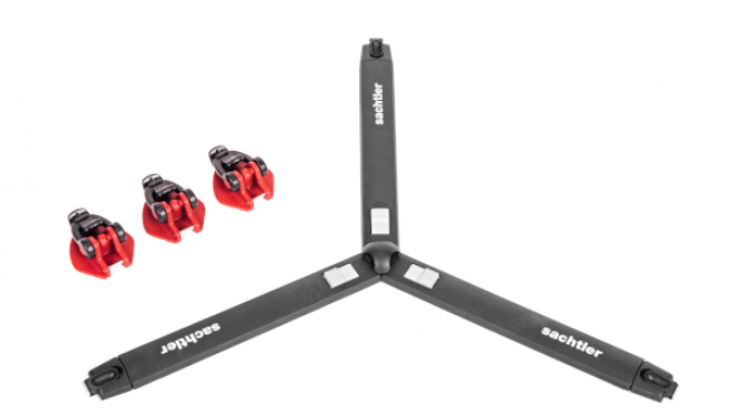 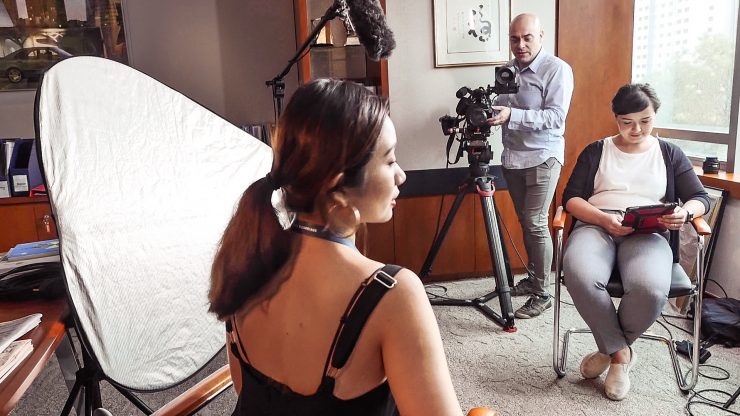 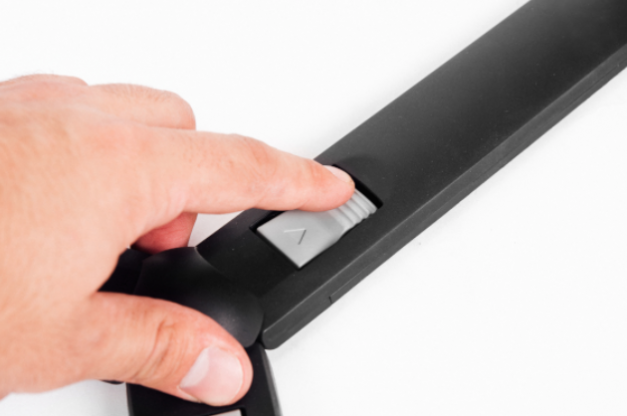 The Flowtech ground spreader can be quickly attached or removed from the tripod.  A unique foot control enables operators to change the tripod’s footprint without having to bend over; they simply step on one of the foot buttons to extend the spreader arms to the full radius. Since the spreader feet are removable, operators no longer have to carry a separate set of feet if they choose to use the tripod without the spreader for low-angle shots. 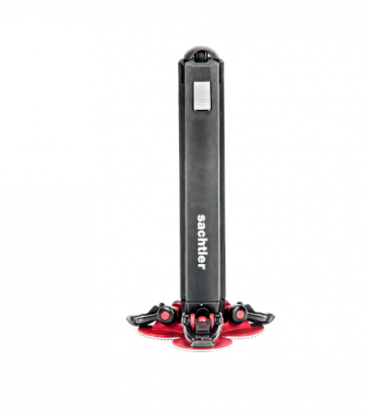 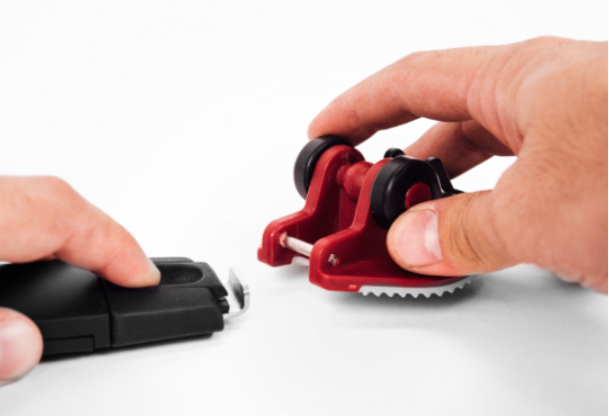