Lume Cube has announced a new Lighting Kit for the DJI Mavic 2 drones. The Lume Cube Lighting Kit and a DJI Mavic 2 Pro or Mavic Pro Zoom, make it possible to fly a small, compact drone with lights. This is not the first time the company has made lighting solutions for drones. Lumeube originally had kits for the DJI Phantom series, as well as the original Mavic Pro. 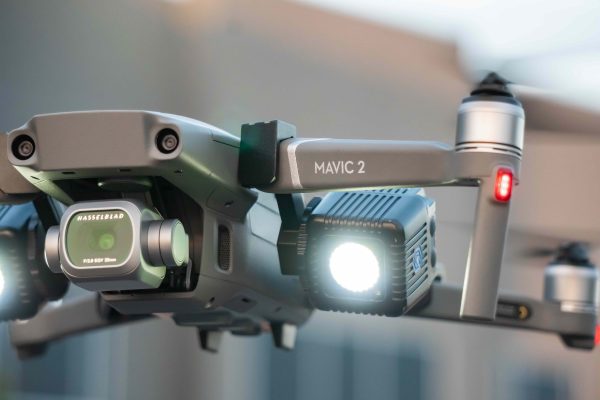 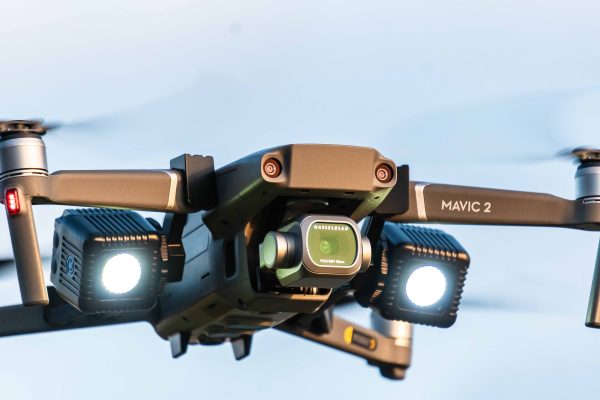 The lighting kit is not just being aimed at filmmakers, but also public safety officials with a solution for anti-collision lighting, commercial surveillance, search & rescue, and a variety of inspection services. Additionally, when off the drone, the Lume Cube can be used as a standalone device on any smartphone, camera or even underwater with a GoPro. 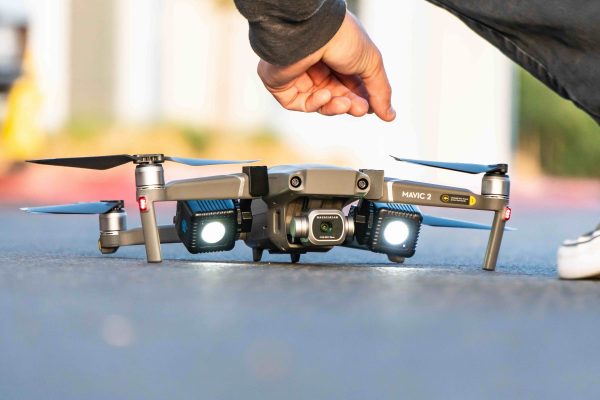 The kit consists of two Lume Cubes, which can output a combined 3,000 Lumens of light. These two lights provide a continuous lighting option, seven different strobe speeds and the ability to illuminate an object or subject within the range of your drone. The kit weighs just 9 oz (255 g)  so it should have minimal impact on your flight time.

The Lume Cube custom designed Fresnel lens has a 60° beam angle, 360° adjustability and no hot spots. The mounts are made with injection molded thermoplastic and finished with over-molding to help maximize durability and longevity while maintaining a lightweight mount design. 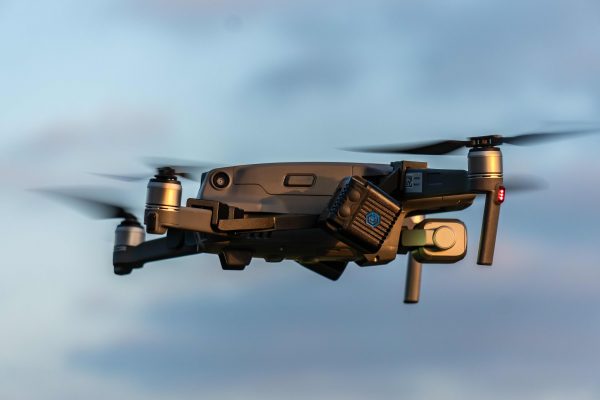 Now, you may be thinking what could I possibly light up with two tiny lights on a drone? Well, personally I think it is primarily more for safety reasons than illuminating your shots. Keeping the Mavic 2 within line-of-site is a requirement for safe drone operation. With visibility from over three miles away, Lume Cubes meet FAA Guidelines and ensure the Mavic 2 is qualified to fly at any time of the day or night. Lume Cubes also help illuminate the surroundings of the Mavic 2, allowing its 10 anti-collision sensors to work effectively. These last to points are very important. Being able to fly your drone at night and keep it safe by helping the anti-collision sensors work effectively certainly extends the flexibility of when you can use your drone. 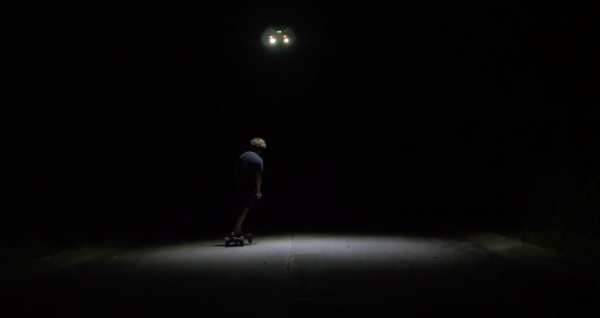 For capturing photographs and videos, the Lighting Kit can be used in a variety of ways. Whether hovering the Mavic 2 over a subject to illuminate it from above, or light painting the sky using the waypoint feature and a camera’s long exposure, there are quite a few ways to be creative with drone lighting. You do have to remember that the Lume Cubes are small lights and despite having a pretty good output, you are going to have to be fairly close to whatever you are filming to illuminate your subject. Here at Newsshooter we don’t condone or suggest anyone uses a drone in a way that breaks any rules or endangers people on the ground.

From the ground, users can operate the Lume Cubes within 100 feet via Bluetooth on any iPhone or Android smartphone through the Lume Cube App. When on half power, they have a claimed 2.5 hours run time and at full power while flying, 30-45 minutes of run time. 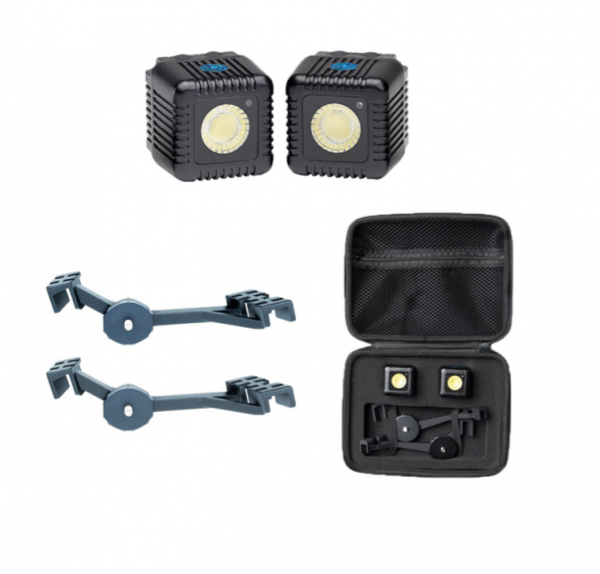 The Lume Cube Lighting Kit for DJI Mavic 2 includes two mounts, two Lume Cubes, and a custom zipper case for $189.99 USD. It is available now for pre-order sale at www.lumecube.com and will soon be available through retailers. Shipping is expected to begin before December 25th, but you are not guaranteed to receive it before Christmas.

Have any of our readers used lights on drones before? We would love to hear from you in the comments section below.