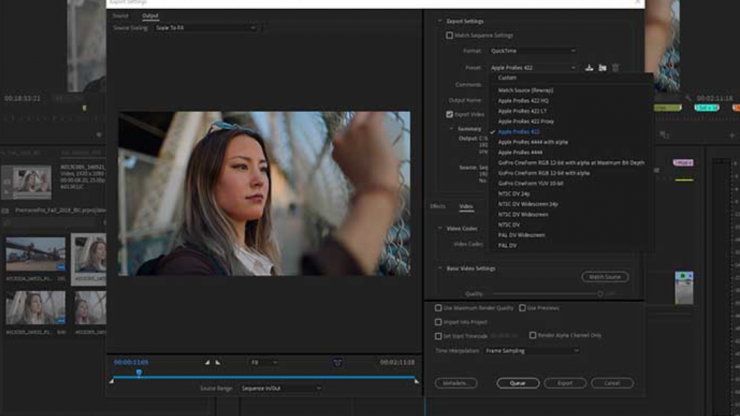 What the? Adobe Premiere Pro CC 13.0.2 update has added Apple ProRes export support for Windows users. Finally, it looks like the turf war between Apple and Microsoft may be over (or at least there has been a cease-fire). For years Windows Premiere Pro users have struggled with dozens of ways of trying to export Apple ProRes. Delivering material in the ProRes format was a barrier that the professional Windows user faced, well finally that problem has been solved.

Apple has always provided a ProRes decoder for Windows, but there was never any official way to encode ProRes files, except one. The only Windows software Apple has ever licensed (to our knowledge) to create ProRes files is Fusion from Blackmagic Design. The problem that many professionals working on the Windows platform faced is that the ProRes codec can often be read but not recorded. If your client requests that the final material be delivered in ProRes, a problem arises. Before this update, Windows users had to use programs such as AfterCodecs or Blackmagic’s Fusion to export ProRes files. As Fusion was the only licensed product, most of the other companies that were offering ProRes licensing on a PC usually disappeared within a few months of appearing. 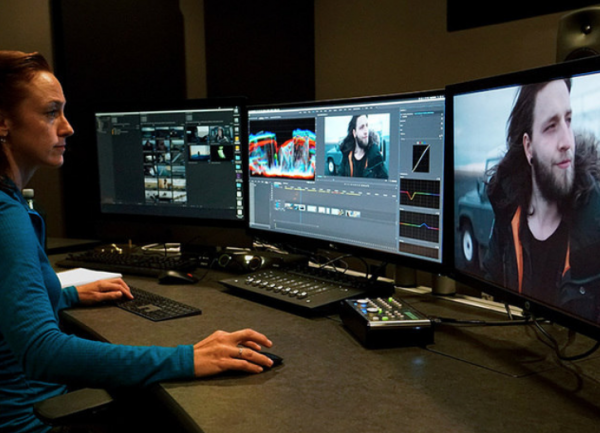 The update works with:

With this latest update from Adobe there is now, wait for it, export presets for Apple ProRes, including ProRes 4444 and ProRes 422 formats directly from within Premiere Pro, After Effects, and Media Encoder for both macOS and Windows 10 users.

HEIF files, recorded on iOS devices can be imported into Premiere Pro and Media Encoder on macOS and Windows. This feature requires macOS 10.13, or higher, and Windows 10 (version 1809 or higher).

Crash when switching into DM mode after dragging the application to another monitor.
Crash when running a film project with multiple audio effects.
Effect Controls Panel crashes randomly. The control points of curves cannot be selected and adjusted.
In a locked project panel, double click opens importer dialog.
Crash occurs on zooming video or image in program monitior to 400% and scrolling to the left on Mac OS.
Multiple MXF files appear truncated on the system.

Formats
Clips imported from XML, AAF, prproj, or any other project are not referenced correctly.
Import .stl as Teletext is handled as Open Subtitling.

Audio
Locking audio tracks is slow with mix track option.
In a submix track, you get an audio output buzz when playing silence with an effect.
In multicam mode, playback has audio glitches.
Deadlock with audio with transmit involved.

Color
In a non 16:9 sequence, glitches appear on the right edge when the Adjustment layer has a combination of CUDA and Lumetri.
Clip Name background color draws over selection outline and clip outline.
Auto Color Match does not work with speed change.
Color workspaces: Unsafe memory usage in PixelFormatConvert.
DCM kernel uses out of scoped memory for kernel parameters.
Lumetri Color adds distortion to right edge of stills (MPE – CUDA).
In Lumetri, CIrGFTexture does not check for GPU allocation or operation errors.

Captions
STL Sidecar Captions ignore sequence out point in OP47.
Embedded Captions are one frame shorter than content in OP47.

Export and Render
DisplaySurface is limited to 8 bits in Metal.
When FCP XML is exported from Premiere Pro, position keyframes are not translated and are set to 0,0.
In Metal 1.0, errors appear on playing a project on Mac OS.

Miscellaneous issues
Flattening a multicam shifts effect keyframes if its components have speed changes.
Shared projects: Merged clips break when dragging from one project to the other.
Sync Settings : Removing Manage Creative Cloud Account’still is visible in File>Sync Settings menu on Windows.
GoPro7 file displays upside down Proxy with GPU Renderers.
An audio icon or wrong icon is displayed for subclips in icon view.
Dynamic link: Character Animator cannot find the source and the application terminates when a saved project in Premiere Pro has multiple Character Animator sequences from different Character Animator projects.
Out of sync icon +1/-1 unselectable.
SRT/STL Import Background is only used, if defined in file. If defined as opaque and “Overwrite file settings”, if should always be used.