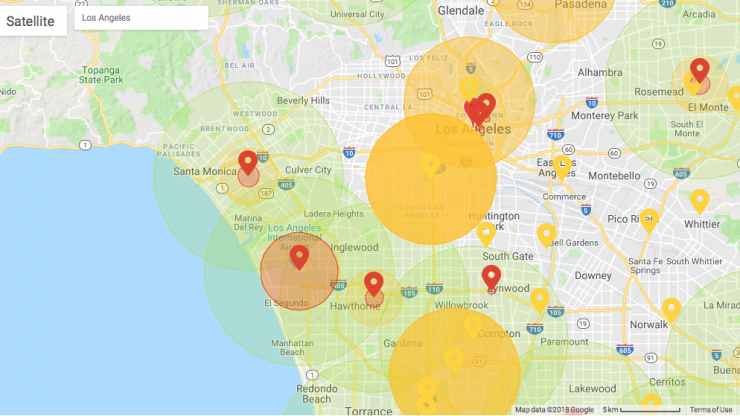 DJI has improved its geofencing technology to refine and clarify the airspace limitations for drone flights near airports. This is all part of a system to provide smarter protection for airplanes in critical areas where drones may be used. 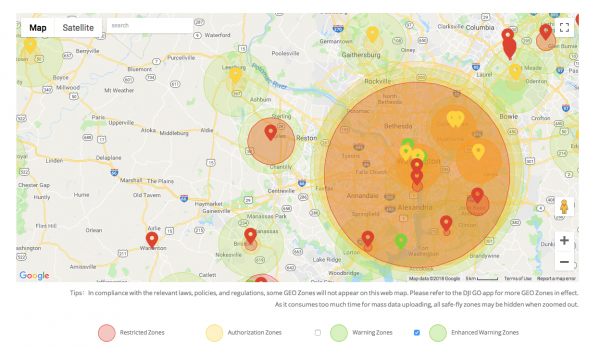 The updated Geospatial Environment Online (GEO) Version 2.0 will be phased in starting next month when the revised zones will take effect for airspace around airports in the United States. Upgrades in other regions will follow in due course. If you don’t know what GEO actually is, it is a geospatial information system providing DJI users with up-to-date guidance on areas where flight may be limited due to safety concerns or regulations. This provides DJI users with information that will help them make smart decisions about where and when to fly.

GEO displays zones of various risk levels in which flight may pose safety or security concerns and allows users to unlock them. Unlocking low-risk zones requires just a few taps or clicks, while high-risk zones require users to submit particular credentials to ensure compliance with local policies and regulations. By default, GEO limits flights into or taking off within zones that raise safety or security concerns. If a flight within one of these locations has been authorized, GEO allows users with verified DJI accounts to temporarily unlock or self-authorize their flights. This unlock function is not available for sensitive national-security locations.

DJI first created No-Fly Zones for its drones in 2013 and introduced the more refined GEO system three years later, adding live updates and new zones for prisons and nuclear power plants, while providing flexible self-unlocking for professionals. Both systems recognized that the overwhelming majority of drone pilots want to fly safely and responsibly, and want an easy-to-use guide to help them understand the airspace so they can do so.

So what has changed with the new Geofencing system? 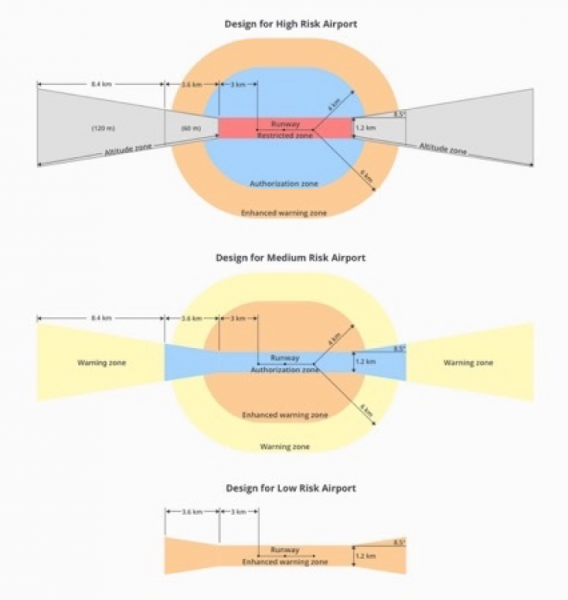 The new system allows GEO to create detailed three-dimensional “bow tie” safety zones surrounding runway flight paths, and to use complex polygon shapes around other sensitive facilities, rather than just simple circles. These new restrictions better reflect the actual safety risk posed in those areas, while allowing more flights to the side of runways where risk is substantially lower.

To obtain reliable geospatial information for the enhanced shapes in GEO 2.0, DJI has chosen a new data provider that can provide highly accurate details such as the exact locations of airport runways and facility boundaries. In North America, DJI will use data from PrecisionHawk, replacing DJI’s previous geospatial data provider AirMap.

To develop GEO 2.0, DJI collaborated with general aviation pilots through the Aircraft Owners and Pilots Association (AOPA) and with airports through the American Association of Airport Executives (AAAE) to incorporate their expertise and guidance about air traffic and airports into DJI’s new geofencing methods.

DJI geofencing uses GPS and other navigational satellite signals to automatically help prevent drones from flying near sensitive locations such as airports, prisons, nuclear power plants, and high-profile events. In certain locations, a DJI drone cannot take off or fly in a geofenced area without special authorization. Drone pilots with verified DJI accounts can unlock some areas if they have legitimate reasons and necessary approvals, but the most critical areas require special action from DJI to unlock them. DJI has streamlined the approval process so professional drone pilots with authorization to fly in sensitive locations can receive unlocking codes within 30 minutes.

The GEO system previously geofenced a 5-mile circle around airports, with enhanced restrictions in a smaller circle encompassing the airport area. GEO 2.0 applies the strongest restrictions to a 1.2 kilometer- (3/4 mile)-wide rectangle around each runway and the flight paths at either end, where airplanes actually ascend and descend. Less strict restrictions apply to an oval area within 6 kilometers (3.7 miles) of each runway. This bow tie shape opens more areas on the sides of runways to beneficial drone uses, as well as low-altitude areas more than 3 kilometers (1.9 miles) from the end of a runway, while increasing protection in the locations where traditional aircraft actually fly.

DJI’s new boundary areas around airport runways are based on the International Civil Aviation Organization’s Annex 14 standard for airspace safety near runways and the FAA’s Part 77 parameters for “imaginary surfaces” and air navigation obstructions. DJI’s categorization of airports is based on traffic volume principles defined in statutes such as U.S. Title 49 section 47102, and the FAA’s criteria developed in 2012 for categorizing general aviation airports.