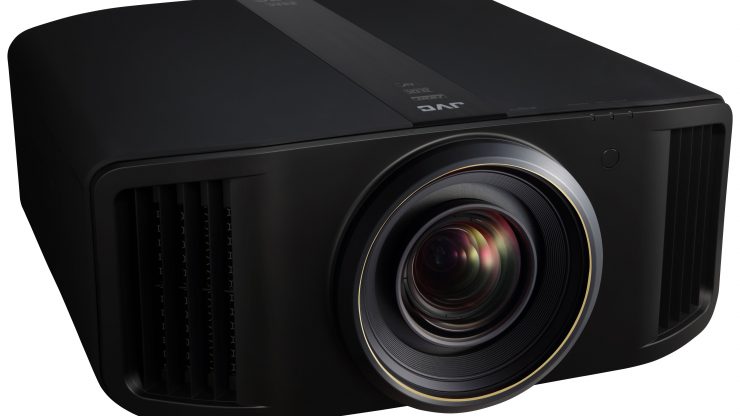 So what is 8K e-shift technology?

“e-shift” is JVC’s proprietary high-resolution display technology that doubles the resolution by shifting pixels diagonally by 0.5 pixels. In laymen’s terms, this means that the projector doesn’t output a native resolution, but rather uses a pixel shifting algorithm to upscale images. With this e-shift technology together with the native 4K D-ILA devices, the DLA-RS3000 can produce an 8K image on the screen. JVC claims that the 8K e-shift image produces much higher resolution than 4K. They also say that, by using original high-resolution ‘Multiple Pixel Control’ technology, full HD can also be converted to high-definition 8K images. I’m a little skeptical of how an HD image would look once it has been upconverted to 8K. 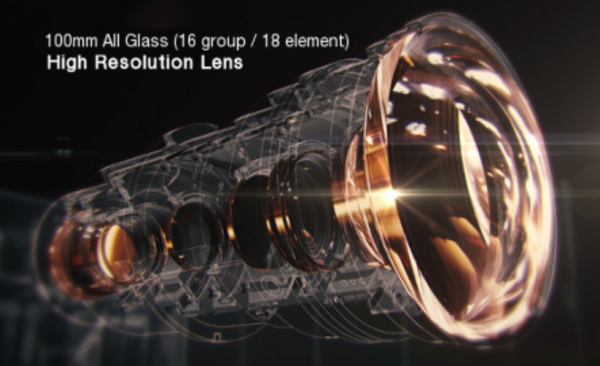 The DLA-RS3000 is equipped with a high resolution 18-element, 16-group all-glass lens with full aluminum lens barrel. According to JVC, to ensure high resolution up to every corner of the screen while realizing a wide shift range of +/−100% vertical, +/−43% horizontal, a 100mm diameter lens has been selected. There are also five special low dispersion lenses for the different refractive index of Red, Green, and Blue, adopted to suppress chromatic aberration, bleeding, etc., and faithfully reproduce the 8K resolution.

The HDR10 mastering information MaxCLL (Maximum Content Light Level) / MaxFALL (Maximum Frame Average Light Level) varies greatly depending on each content. Therefore, in order to achieve the best HDR10 experience, it is necessary to set the appropriate brightness settings for each content. The new “Auto Tone Mapping” function equipped in the new projectors automatically adjusts settings based on the mastering information (in case of content that does not contain mastering information, it will be fixed values or manual adjustment). Various HDR images with different brightness can be viewed optimally without manual adjustment of the settings.

HDR content has more information than ever, such as the expansion of the luminance range, wide colour gamut such as BT2020, 10-bit gradation, etc.. A high-performing, high-precision projector is required for accurate image reproduction of such content. The new D-ILA projectors are claimed to faithfully reproduce HDR10 content adopted in UHD Blu-ray, and HLG (hybrid log gamma) adopted in broadcasting. 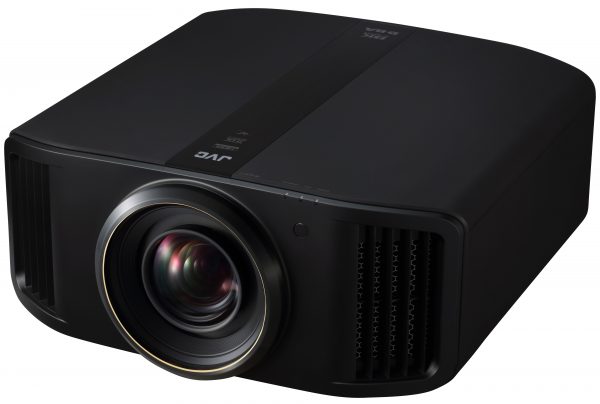 By adopting the new cinema filter, the DLA-RS3000 is able to achieve a wide color gamut beyond DCI-P3 as well as displaying BT.709. HDR content.

The projector uses JVC’s Clear Motion Drive blur reduction technology, which also supports a 4K60P (4:4:4) signal. This feature is claimed to improve moving images. Together with Motion Enhance, which optimizes the driving of D-ILA device according to the motion of the image, motion blur is said to be reduced significantly compared to conventional projectors.

The projector will be released in October. If you want one you will need deep pockets, as the projector is expected to sell for $18,000 USD.