The VideoMic Me which featured a 3.5mm jack was released a few months before the release of the iPhone 7, the first iPhone to remove the headphone jack and solely provide a lightning connection. Since then, many requests have been made for a lightning version of the mic and RØDE has finally answered these requests with the VideoMic Me-L

The VideoMic Me-L features a very similar design to the standard VideoMic Me. An aluminium build provides a sturdy build and the mic also comes with a furry windshield to prevent wind noise and rumble when shooting outdoors. The VideoMic Me-L features a 1/2″ condenser microphone capsule for higher quality audio. All of the audio is transferred digitally via the lightning port to the device. It is also a directional microphone so it will pick up more audio from the front and cancel out the sound from side and rear. Since the lightning jack is reversible, the mic is also reversible for selfie mode.

A 3.5mm headphone jack is still present on the rear of the mic so you can monitor and playback your recordings. This is nice since the mic is using the lightning port so you don’t have to unplug it to plug to playback with the built-in speakers or use a lightning to 3.5mm dongle to plug-in headphones.

An adjustable rubber mount is also included to securely mount the mic to the iOS device. 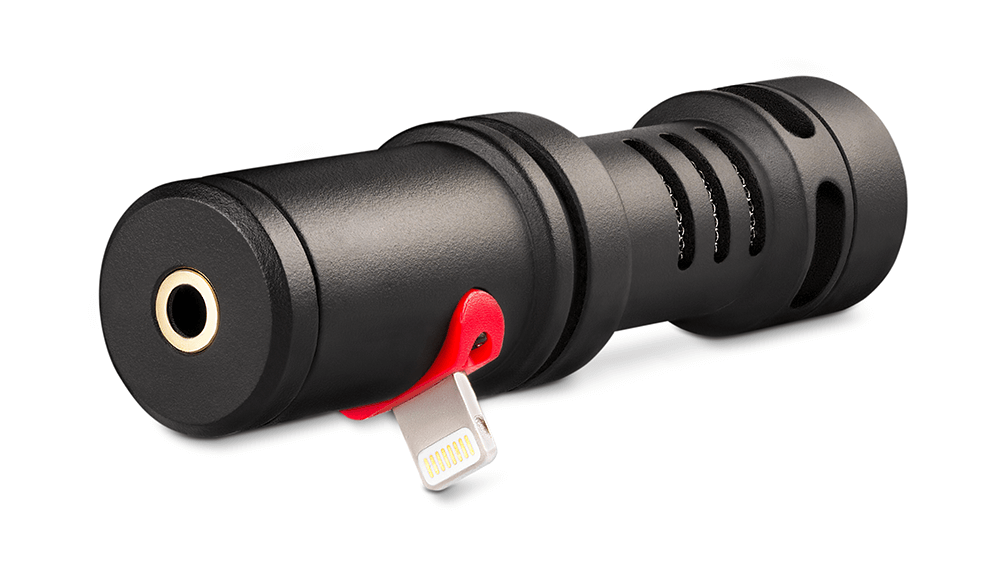 The VideoMic Me-L will retail for USD $79 and is set to ship next month.

With the announcement of Adobe’s Project Rush and Instagram TV, mobile video is on the rise. At least with the VideoMic Me-L, we’ll have great audio to go with it. While RØDE has not mentioned any further products in the range, you would have to think that they could also make a version using a USB-C connection for those using Android devices.