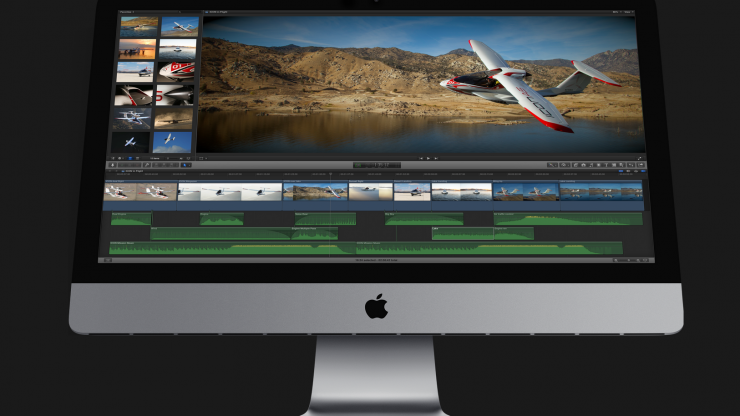 Seven years ago today, Apple unveiled FCP X, the successor to Final Cut Pro 7. FCP X was billed as being a revolutionary new version of the world’s most popular Pro video editing software which completely reinvents video editing with a Magnetic Timeline that lets you edit on a flexible, trackless canvas.

On launch, Apple’s senior vice president of Worldwide Product Marketing Philip Schiller said,  “Final Cut Pro X is the biggest advance in Pro video editing since the original Final Cut Pro. We have shown it to many of the world’s best Pro editors, and their jaws have dropped.” Unfortunately for Apple, a lot of their existing Final Cut Pro users didn’t see it that way. By changing the whole concept of how editing should be done, Apple was taking a massive leap of faith and they were hoping their loyal Final Cut Pro user base would follow suit. The problem was that whenever you take a platform that people are familiar with and suddenly change it around there is always going to be blowback. Whether Apple actually expected this blowback or not is something we may never actually know.

The reactions to FCP X were far from positive. Many people were calling it iMovie Pro and the consensus at the time was that Apple was abandoning the pro video market. There was so much negative blowback from consumers that FCP X even became the butt of jokes on late night talk shows. In fact, things got so bad that Apple was forced to set up a webpage just to address users complaints. This is what Apple said at the time “Final Cut Pro X is a breakthrough in nonlinear video editing. The application has impressed many pro editors, and it has also generated a lot of discussion in the pro video community. We know people have questions about the new features in Final Cut Pro X and how it compares with previous versions of Final Cut Pro. Here are the answers to the most common questions we’ve heard.” 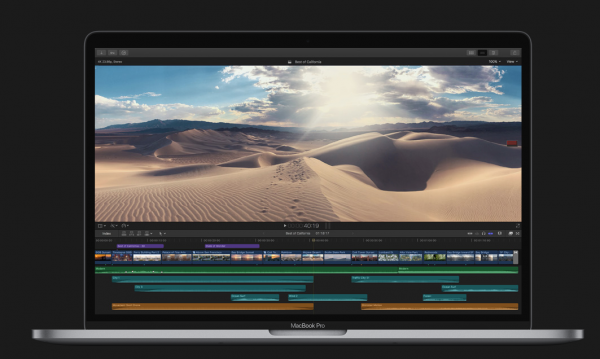 Most of the complaints revolved around not being able to Assign audio tracks for export, No XML export, No multi-cam editing, and No way of importing projects from Final Cut Pro 7 into Final Cut Pro X. Even though these complaints were very legitimate concerns,  I think most people just didn’t like the fact that Apple changed the whole interface.

Changing something that was so fundamentally engraved in peoples psyche, in this case, the way users had done video editing for years, almost proved to be the downfall of FCP X. A lot of Final Cut Pro 7 users (including myself) first reaction was “What the #### has Apple done?” Instead of giving FCP X a chance, most users just dismissed it and in a lot of cases either stuck with using Final Cut Pro 7 or abandoned it all together. I think a lot of existing Final Cut Pro users felt like Apple had pulled down their pants down in the middle of the street and everyone was pointing and laughing at you.

As a long time Final Cut Pro 7 user I originally dismissed FCP X like many other people at the time. It wasn’t until around late 2012 that I finally decided to take the plunge and learn how to use FCP X. For me, it was really a case of having to throw away every instinct and notion I had when using an NLE and not keep asking “Why did they do this? This isn’t how it works in Final Cut Pro 7“. I can absolutely see why so many people originally hated FCP X. It was like a car company suddenly introducing a car that had a triangle shaped steering wheel and an accelerator where the brake should have been.

The first few days I found it infuriating using FCP X and so many times I wanted to just go back to Final Cut Pro 7, but I’m glad I didn’t. The more I got used to using FCP X the more I started to enjoy it. For the type of work I was doing the speed advantages FCP X offered over Final Cut Pro 7 soon became very evident. Forward thinking and drastic change don’t compute well with most of us. Change takes time, and unfortunately, FCP X wasn’t one of those programs you could just seamlessly migrate over to from Final Cut Pro 7. To understand FCP X you had to have an open enough mind to forget about how things were being done in the video editing world and trust that someone else may actually have come up with a better way of doing things. This is not an easy concept to adopt, particularly for video editors who have done things the same way for so many years.

Why did Apple want to reinvent the wheel? 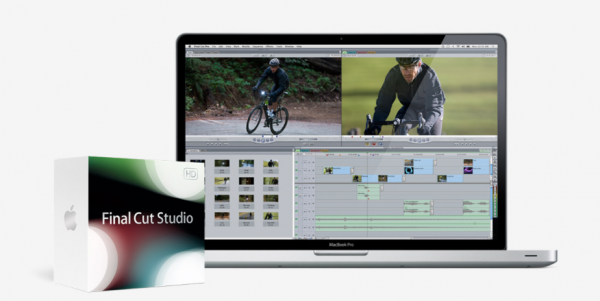 In 2009, according to Apple, Final Cut Pro had 1.4 million users and owned 50 percent of the professional video editing market* By 2011, that figure had increased to 2 million users.

*Based on data from broadcast and professional video market research firm SCRI International, Inc. showing Apple is the market leader for post-production with 50 percent of broadcast and post non-linear editor purchases in 2008.

So why would Apple want to mess with such a popular product that was continuing to expand market share every year? Not only did they redesign Final Cut Pro from the ground up but they basically abandoned Final Cut Pro 7 users by saying they would no longer be supporting it. In Apple’s view it was a case of if you want to continue using Final Cut then you better switch to FCP X.

Apple whether you love or loathe them, have always been an innovative company who aren’t afraid to take their own path. They looked at video editing and decided that with the direction digital video creation was moving in that there must be a better way of doing things. The rumour has it that Apple actually made a 64-bit Final Cut Pro 8, but it was deemed to be evolutionary, not revolutionary, so they decided to re-invent the wheel and FCP X was born. Unfortunately, they probably let the cat out of the bag too early and it really felt like FCP X was launched without key features being included that really should have been there in version 10.

By Spring of 2012, Apple claimed that there were just as many people using FCP X as Final Cut Pro 7, and by 2014 they said that there had been more than 1 million separate installs of FCP X. Fast forward to April 2017 and FCP X now has an estimated 2 million users. If we look at these figures it certainly did take a long time (almost 6 years)  for FCP X to achieve the same amount of users that Final Cut Pro 7 had back in 2011.

“Off the Tracks” is an original documentary about FCP X that is being released at the LACPUG event on June 27.  It features industry insiders such as Larry Jordan, Steve Martin, Randy Ubillos, and Michael Cioni discussing Apple’s controversial decision to redesign the video editing application Final Cut Pro. The documentary explores why the release of Final Cut Pro X upset video editors and how the software is being used today. 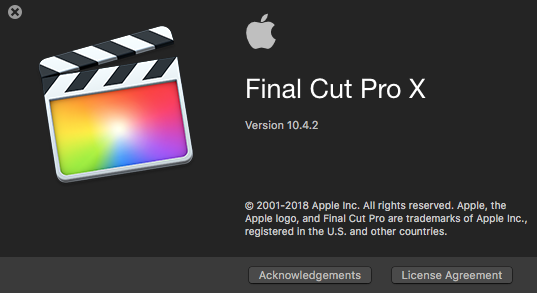 There have now been 27 updates to FCP X since it was originally launched and a couple of major design overhauls. All these updates have been free and they have added so many features that now its pretty hard to argue that FCP X hasn’t again reached the heights that Final Cut Pro achieved 7 years ago.

There are many paths to the same destination

NLE software isn’t like a camera or a lens. At the end of the day, most NLE systems will get you to the same destination regardless of which one you are using. I like to think of video editing as a giant jigsaw puzzle. You have a ton of individual pieces that need to be put together to complete a picture. Regardless of where you start or what pieces you choose to begin assembling with, at the end of the day you still end up with a finished piece of work. If you took the same project and had it edited in the exact same way on Premiere, Avid or FCP X, there wouldn’t be any difference at all in the end product. It’s not like NLE systems have different looks or different image characteristics like a lens, they are simply pieces of software that let you combine images and sound. Arguing over which one is better in 2018 is a pointless argument. They are all capable of getting you the exact same result just in different ways.

Has FCP X gone from Zero to Hero?

Despite its incredibly rocky beginnings, FCP X has evolved to the point where it is now arguably just as good, if not better than other competing NLE systems. You may love or loathe FCP X and perhaps you are still wishing you were editing on Final Cut Pro 7, but the program has come a long way from being the butt of late-night TV jokes.

Apple has stuck to their guns with FCP X and appeased the angry mob (even though it took some time). In 2018 the villagers have put down their torches and returned to their homes, no longer wanting to burn down Cupertino. It’s hard for me to imagine what would have happened if Apple had of caved in to public pressure and dumped FCP X altogether. Who knows, maybe if they had we may not even have any iteration of Final Cut Pro today. Has FCP X gone from zero to hero? I don’t know about hero, but it’s certainly no longer that kid nobody wants to pick when you are choosing teams.

Do you use FCP X? What NLE do you use? Do you love or loathe FCP X? Let us know in the comments section below.