Our Newsshooter coverage has already begun. It’s been a good start and it’s only Sunday! This morning Matt Allard, Jeff Lee and I got together at the AbelCine booth to discuss what we think we will see as well as what has already been released. 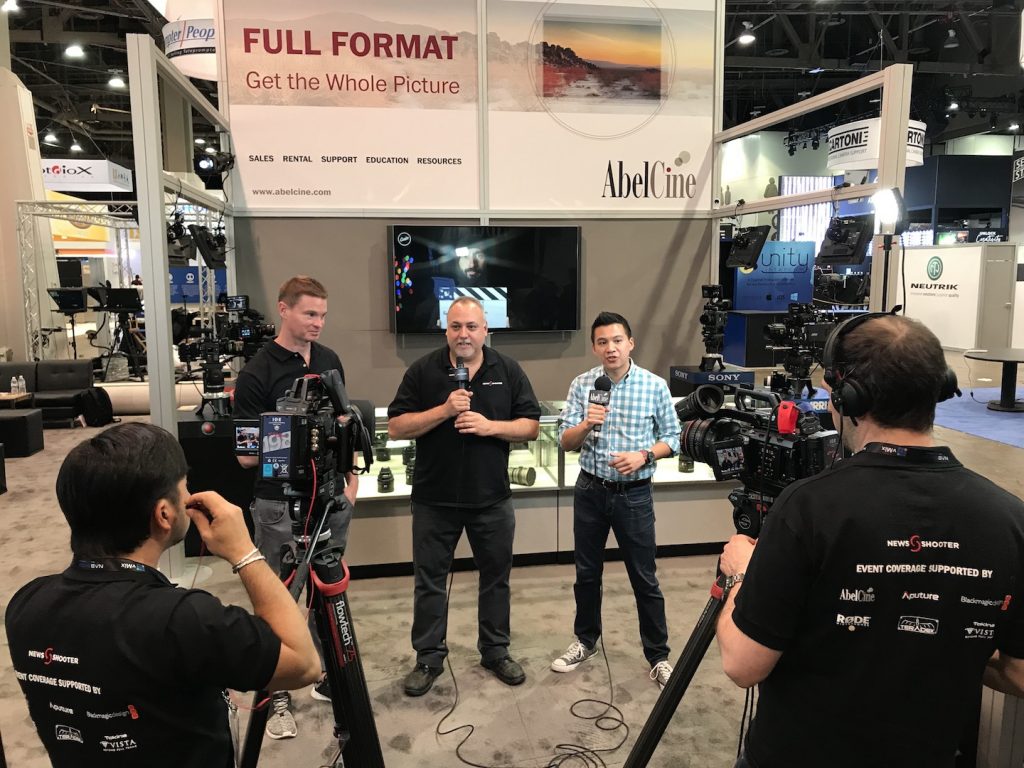 First up and it’s a big one. ProRes Raw. Apple came out from nowhere when they announced it along with Atomos is one of the select companies supporting the new ProRes RAW codec with a free update for the SUMO and Inferno models. Cameras that support RAW output from Panasonic, Canon, and Sony will be able to send a RAW signal and be recorded to ProRes RAW with an external recorder. What will this mean for future cameras and will it be an internal codec soon?

Full frame cinema cameras are taking off with the ARRI LF, Sony VENICE, Canon C700 FF, and recently announced Kinfinity MAVO 6K LF all offering the full frame look. Matt Allard got a first look of the MAVO on Sunday morning. Will we see even more new cameras? Early Saturday we reported a Blackmagic Design banner that had popped up on the side of one of the convention center buildings showing a small piece of the updated Pocket Cinema Camera 4K.  I will be at the press conference early Monday morning with all the details.

Late today at the Sony press conference they released the updated FS5 II with improved color science that Sony states have improved skin tones plus much more. Check out our coverage of the new Sony FS5 II here.

LED lighting has come a long way and RGB is the next big thing. More manufacturers are getting in the game like the Litepanels Gemini and several new models from Kinoflo. ARRI continues to update the Skypanels with firmware opening up more features. We didn’t talk about tube lighting. So many new ones to see as well.

It’s not all about the big releases

Yes, we love cameras and high tech goodies but sometimes it’s the kit that just makes your life easier that is the best like the Wooden Camera Push Button ARRI Rosette that turns any ARRI Rosette handgrip into a push button device and the new Easyrig Quick Camera Hook Release. Essentially, a quick release for the Easyrig that can handle quite a bit of weight. I think the Pizza Man is going to be famous!

All in all, it looks to be an exciting NAB 2018, and we here at Newsshooter.com are ready to hit the convention center floor Monday to bring you all the new releases and news.