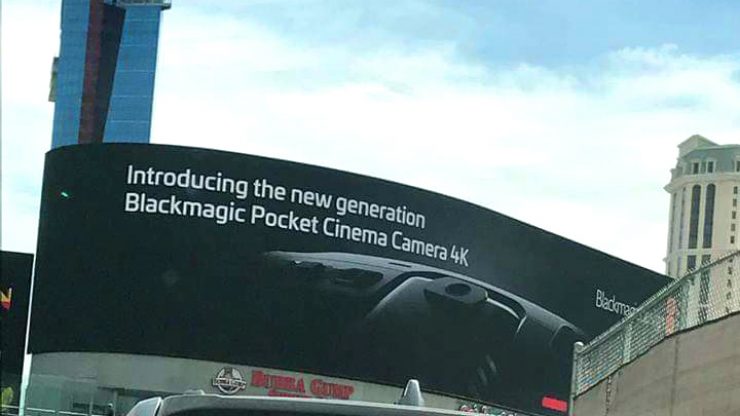 Blackmagic are teasing a new 4K Pocket Cinema Camera that we suspect is going to be announced at NAB on Monday morning. A banner was put up outside the Las Vegas Convention Centre today. While it doesn’t show a clear image of what the camera looks like, it is clear that it doesn’t resemble the original BMPCC. 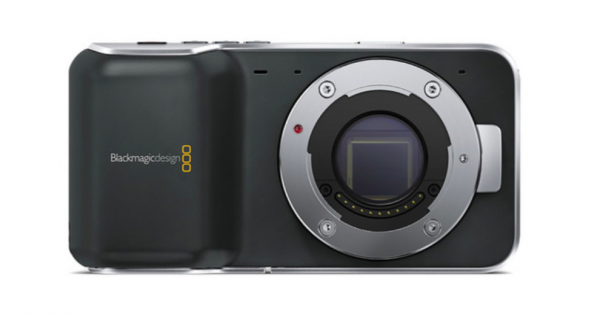 The BMPCC was announced by Blackmagic way back in 2013 and it instantly became a favorite among filmmakers. The camera recorded in cinemaDNG or ProRes and had an active MFT (micro four thirds) mount. Despite only being able to record in HD resolutions up to 30fps, it’s still being used by some shooters even today.

Filmmakers were impressed with the filmic images the camera was able to produce and in some cases, it was being chosen over more expensive cameras for certain shoots.

The camera wasn’t without its problems. The battery life was terrible, the rear LCD screen was hard to see and the audio options were hardly ideal. Let’s hope Blackmagic have managed to sort some of those issues out.

5 years have now passed and it looks like Blackmagic may have finally given in to the numerous requests to release a new Pocket Cinema Camera. At this stage, we have no information about the camera, but we will be at the Blackmagic press conference on Monday morning and will bring you extensive coverage once it’s officially announced.

Whether the new camera will be able to record in the new ProRes RAW codec will be interesting to see. Even if it doesn’t, it’s likely Blackmagic will have a hit on its hands as long as the camera provides the same filmic look of the original at a similar price point.

Are you excited about the prospect of getting your hands on a 4K Pocket Cinema Camera? Let us know in the comments section below.