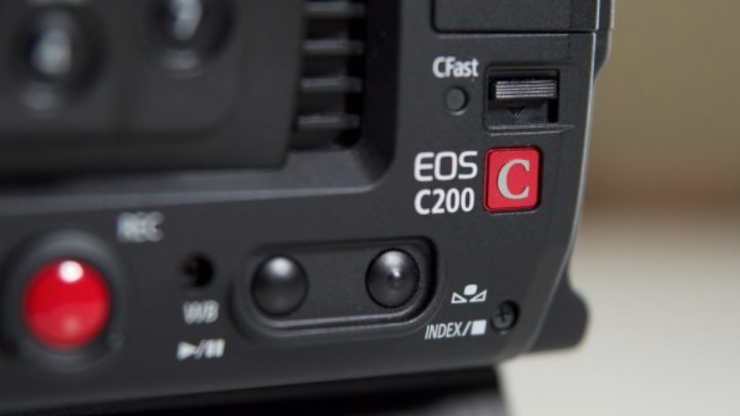 Canon will soon be releasing a new firmware update for the C200 and C200B. As previously promised, Canon are adding the XF-AVC codec to the camera. Unfortunately as I confirmed back in August last year, that codec will only be YCbCr 4:2:0 8-bit, and it will be a free upgrade. It can only recorded to the SD cards and not the CFast card.

The XF-AVC codec that will be added to the camera is very similar to the MP4 option that is already in the C200. The only real advantage the XF-AVC codec has over MP4 is that it can store additional metadata. This is important if you are shooting in Cinema Raw Lite, as you can now record proxies in XF-AVC that will have the exact same metadata information.

The 4:2:0 8-bit XF-AVC codec in its current form only exists as a Long-GOP proxy recording option on the C300 Mark II and C700, at 24/35 Mbps. The reason why the XF-AVC codec took so long to be implemented in the C200 was that Canon need to create a different version of it.

When I reviewed the C200 last year, I found that the 4:2:0 8-bit MP4 files were more than up to the task, but with only a 4:2:0 8-bit XF-AVC codec being added, the C200 will not have an edit friendly internal codec that meets the standards imposed by a lot of broadcasters and production houses. The only way to achieve this will be to use an external recorder. Whether you actually need 4:2:2 10-bit really depends on what you are shooting and who you are shooting for. If you are shooting events, weddings or content that is only ever going to be shown online then 4:2:0 8-bit files will be perfectly fine.

What else is being added?

On top of adding the XF-AVC codec in this upcoming firmware release, Canon have also added 59.94i PsF and 50i PsF frame rates. New monitoring output options have also been added, as well as x4 focus magnification that can be used even when the camera is recording. This is certainly going to be a welcome addition for shooters, as sometime x2 magnification is not enough when trying to get critical focus.

For those using the camera to create HDR content, Canon has added HLG support. Another new addition through the firmware is a touch screen sensitivity adjustment. This can be set between Low and Normal. Canon have added this as some users provided feedback saying that they were sometimes accidentally changing setting when using the touch screen auto focus.

Lens metadata is also being added to the C200, as well as three digital tele-convertor settings.

In my personal opinion, it’s dissapointing that Canon have left out a 4:2:2 10-bit internal recording codec out of the C200, but I can certainly see why they did. Yes, the camera can record in 10-bit or 12-bit internally, but only in Cinema Lite Raw. And let’s face it, not all C200 owners are going to want to record in Raw due to the file sizes and work flow. As a business, Canon have to protect their product line up. If the C200 has similar specs to the C300 Mark II, then no one would buy that camera.

There have been several petitions from Canon customers circulating around that have been pleading with Canon to implement a 4:2:2 10-bit codec in the C200, but they seem to have fallen on deaf ears.

Are you disappointed that the C200 doesn’t have a non Raw 4:2:2 10-bit internal codec? Does it really matter? Let us know in the comments section below.