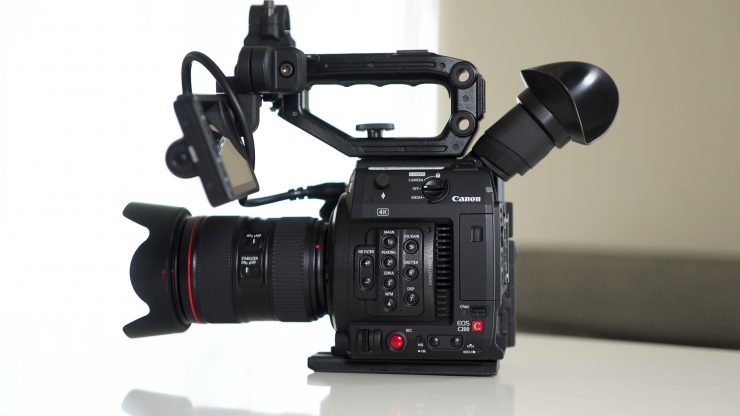 Canon’s new C200 which I reviewed last week is certainly an interesting camera, particularly when it comes to recording options. There is a 4:2:0 8-bit MP4 codec and also the ability to record in Cinema RAW Light, but nothing in between.

Canon will be adding a new MXF codec in 2018 and there has been a lot of debate online as to what that codec will actually be. Everyone wants it to be 10-bit 4:2:2 codec, and in many ways for the user that would make the most sense, but you do have to remember Canon has the C300 Mark II and they don’t want the C200 to step on its coattails.

So what will the new codec be?

Well today I found out directly from the Canon C200 engineers that the new codec that will be introduced early in 2018 will be XF-AVC YCbCr 4:2:0 8bit, and it will be a free upgrade (if you can call it that). It will also be recorded to the SD cards and not the CFast card. 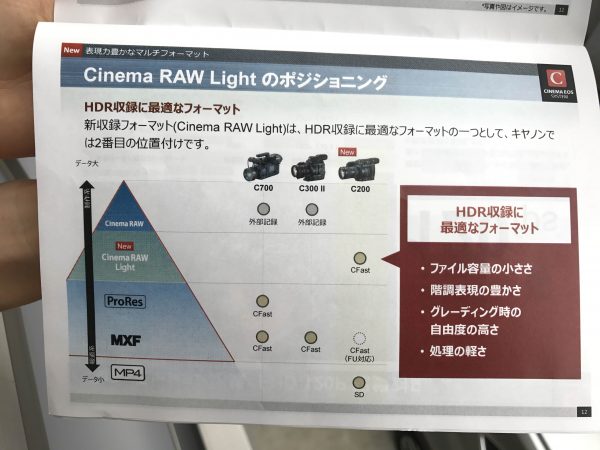 This is contrary to what was told to me just a few weeks ago at a seminar in Tokyo where the literature they were handing out clearly stated that the new codec would be recorded to the CFast card.

The XF-AVC codec that will be added to the camera looks to be very similar to the MP4 option that is already in the C200. The only real advantage the XF-AVC codec has over MP4 is that it can store additional metadata.

There is no internal 4:2:2 10-bit codec planned for the camera 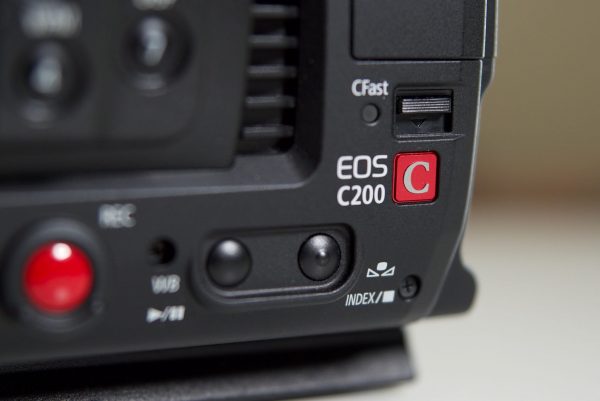 Canon also told me that there are no current plans to put any type of internal 10-bit 4:2:2 10-bit codec in the camera.

I can sort of understand from Canon’s perspective why they aren’t putting a 10-bit internal codec in the camera, but the decision to not use a version of the 8-bit 4:2:2 XF-AVC codec that is found in the prosumer XC10 and XC15 is a bit of a head scratcher. The XC10/15 record at 305 Mbps and 50Mbps respectively in UHD and HD. This same 4:2:2 50 Mb/s MPEG-2 codec is also found in the original C300.

Does all this really matter?


In my review I found that the 4:2:0 8-bit MP4 files were more than up to the task, but with only a 4:2:0 8-bit XF-AVC codec being added, the C200 will not have an edit friendly internal codec that meets the standards imposed by a lot of broadcasters and production houses. The only way to achieve this will be to use an external recorder.

This confirmation of the new codec is sure to upset a lot of potential buyers who were possibly looking at purchasing a C200, but now may turn their attention to other options from Sony, Blackmagic and Panasonic.

Are you disappointed by this news? Would this be a deal breaker for you f you were thinking of purchasing a C200? Let us know in the comments section below.