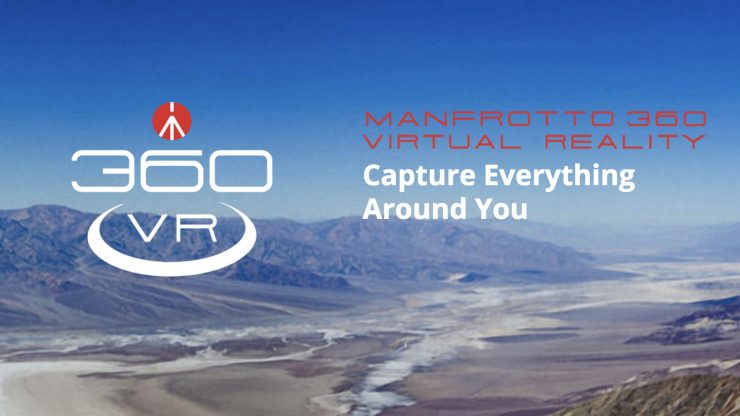 The products are aimed to provide a stable base for a 360 camera like Insta360, Ricoh Theta and the GoPro Fusion as the maximum payload for these products is around 1-1.5kg.

The new MTALUVR aluminium tripod looks like a regular tripod but comes with a specially designed adaptor which allows you to mount one of their extension boom poles. This allows you to place the camera high away from the tripod so that it does not appear in the footage. It’s not specified if you can just purchase the two extension pieces on the centre column to modify existing tripods. 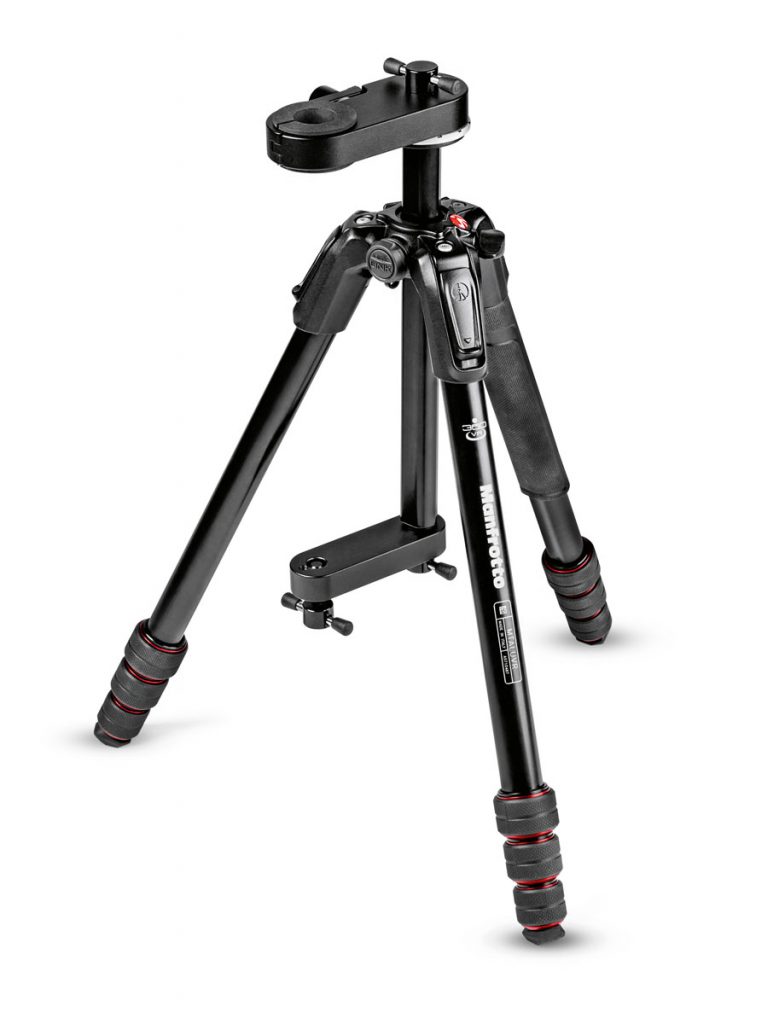 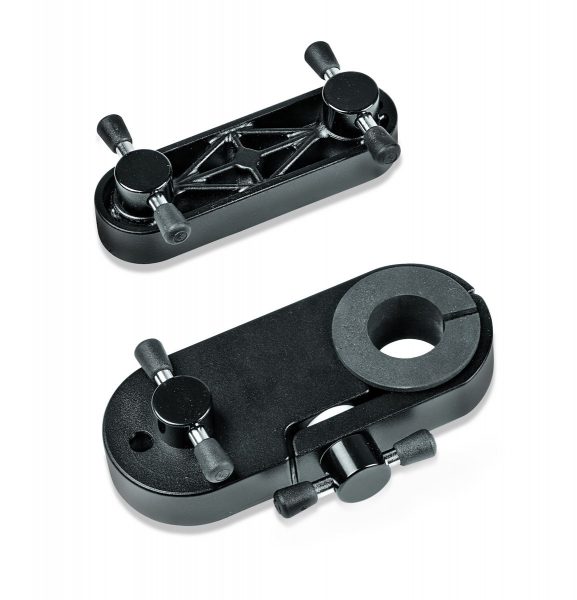 For handheld capture, Manfrotto has released a VR Selfie Stick (MPOLEVR) which can be connected to the other products in the VR range. 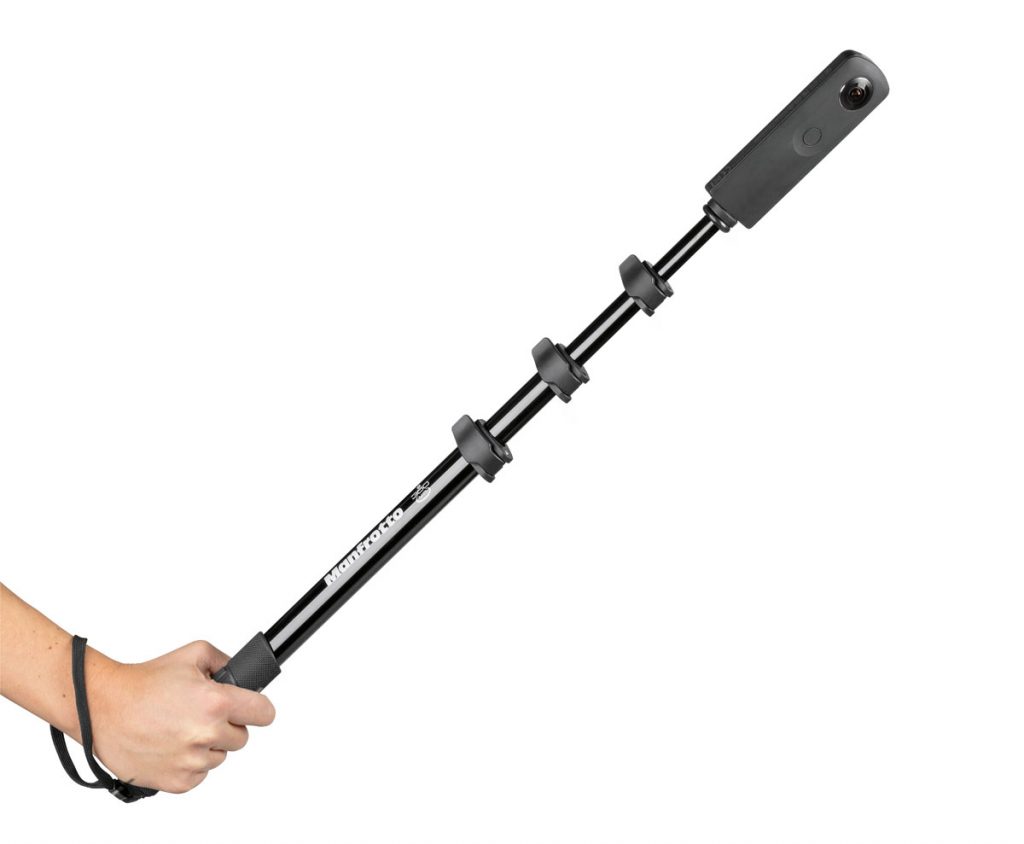 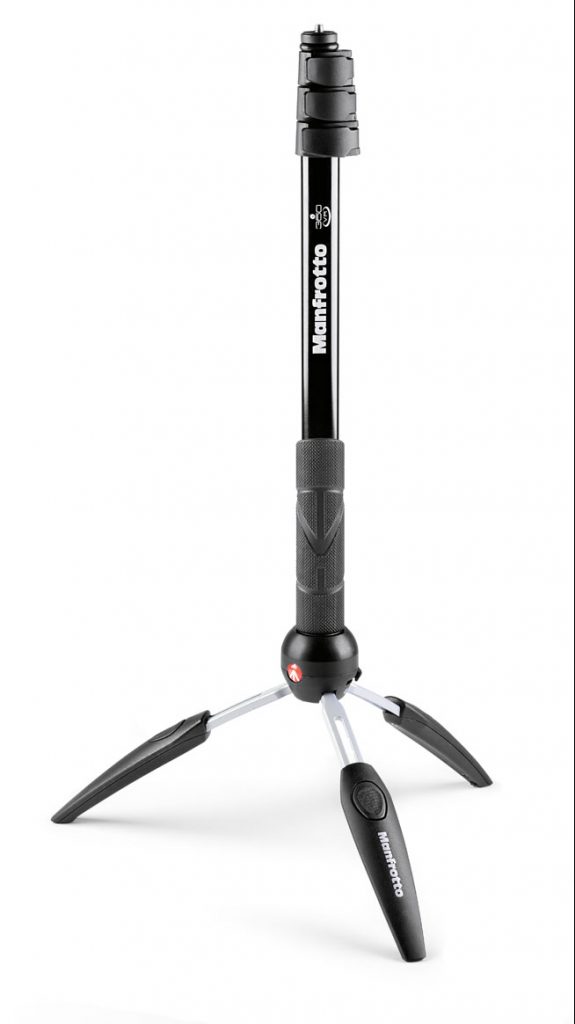 Finally, the MSTANDVR is like a traditional light stand which can be used to set the camera at a range of heights. The angle of the legs can be adjusted and has 4-sections for adjustable height. The stand folds down to a compact size for storage and transport. These style of stands are easier to secure with sandbags. 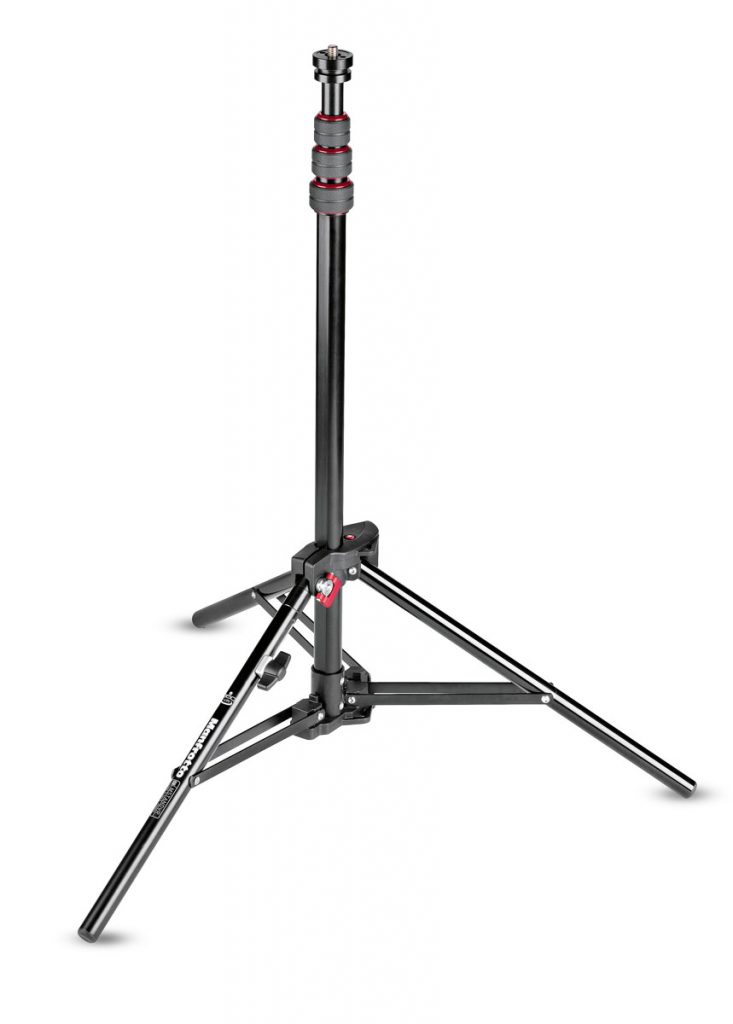 Visit the Manfrotto 360 Virtual Reality Website to see the complete range of products. 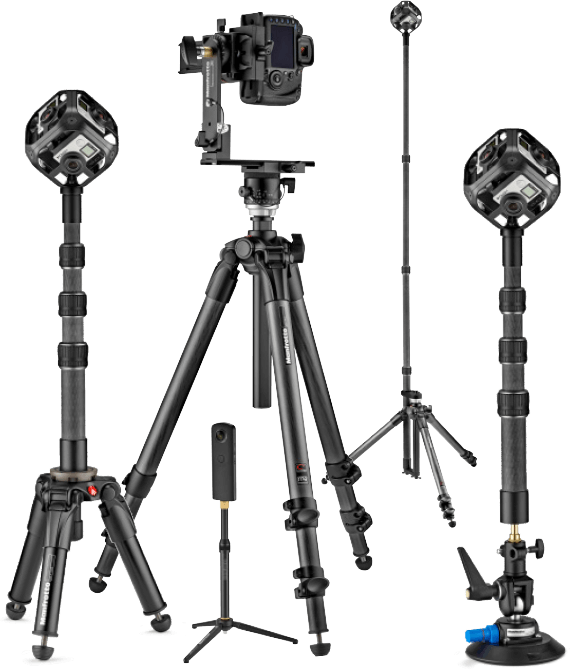