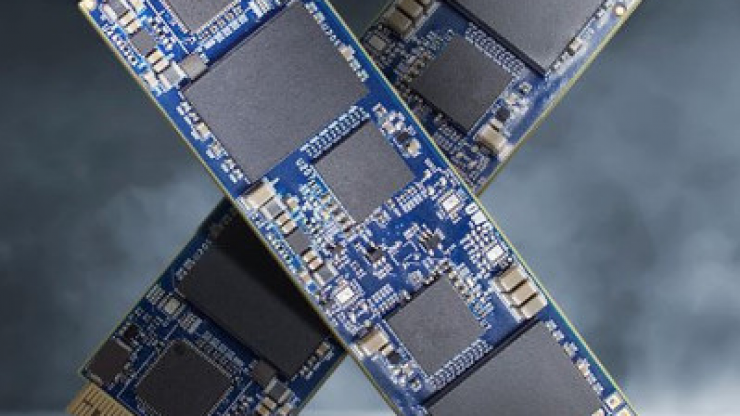 The 2.0TB Aura Pro X SSD Flash upgrade provides up to 16X more capacity than an existing Apple factory drives as well as twice the maximum capacity option ever available. Not only does the Aura Pro X provide increased storage capacity, it delivers it with speed by providing peak performance speeds over 1600MB/s and sustained data rates of over 1350MB/s.

Upgrading the internal flash memory on an older Mac can certainly prolong your computers life. The Flash memory OWC sells is also significantly cheaper than what Apple sells theirs for, and for certain models, its also double the capacity. 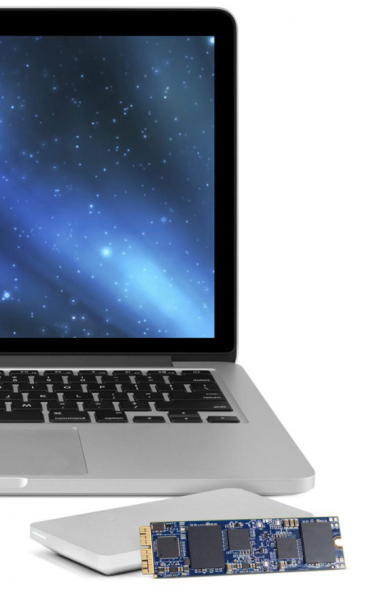 Built around an advanced NVME controller, the Aura Pro X series is designed to reap the benefits of the latest macOS 10.13 High Sierra. On systems with macOS 10.13, the Aura Pro X requires no hacks, drivers or special support software for any aspect of its use on macOS, nor does it need to take advantage of alternative Operating Systems supported by Apple BootCamp. 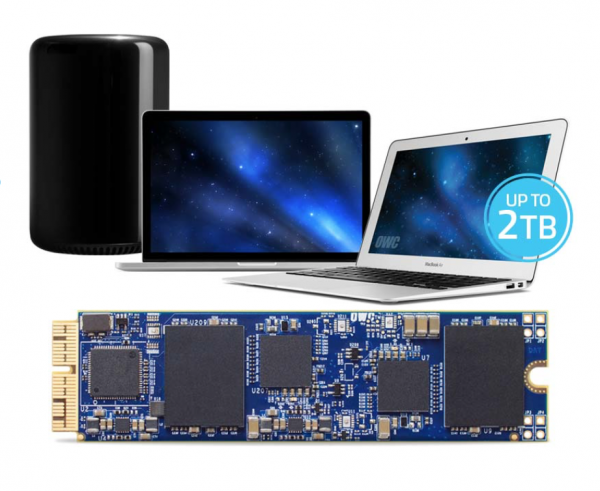 In addition to the Aura Pro X, OWC also offers the complete line of OWC Mercury and Aura SSDs with support for nearly every upgradeable Mac and Mac OS Version shipped over the past 20 years. OWC provides online guides and installation videos to help you with the process of upgrading. 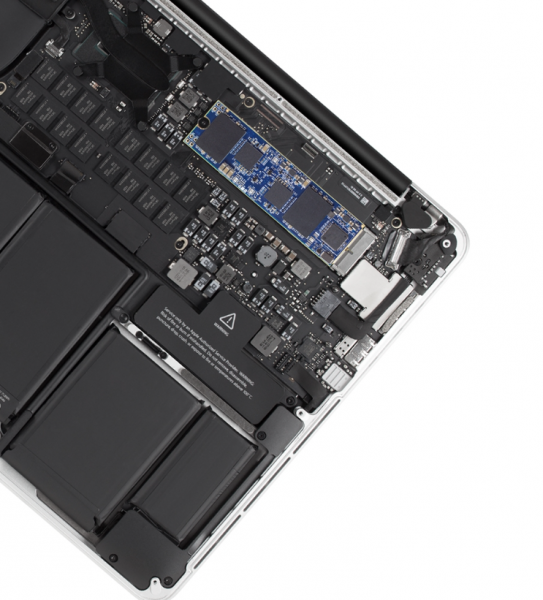 Replacing the drive in any Mac can be as simple as removing a few screws, but make sure you follow the instructions very carefully. If the online videos and instructions aren’t enough, OWC also offers 24/7 Live Chat and 8AM to 8PM Customer support.

Aura SSDs are designed in Austin, TX, and are backed by a 5-year warranty as well as a lifetime of free, U.S.-based support.