CineJet is an Aero L-39 Albatros jet featuring a customised gyro-stabilised SHOTOVER F1 camera system designed for high-speed aerial cinematography. CineJet is capable of producing some truly stunning imagery and unique camera angle options due to the sleek profile of the aircraft and its high-speed manoeuvrability.

I feel the need for speed

I bet Top Gun director Tony Scott (God rest his soul) would of loved to have one of these available to him back in the day. The SHOTOVER F1 used by Helinet on CineJet, is specifically tailored for the unique capabilities of the jet platform, providing high dynamic range and unsurpassed 8K image quality at elevated speeds exceeding 350 knots and during manoeuvres approaching 3Gs. 350 knots and 3Gs is substantially more than your average helicopter shooting platform can do! Previously if you wanted to capture high speed air-to-air footage you had to use systems offered by companies such as Aero Vision. You may well remember that one of their planes was used to help capture material for the viral video “Jetman”.

The Aero L-39 Albatros is a high-performance jet trainer developed in Czechoslovakia by Aero Vodochody. It was designed during the 1960s, and to date, more than 2,800 L-39s have served with over 30 air forces around the world. The Albatros is the most widely used jet trainer in the world. 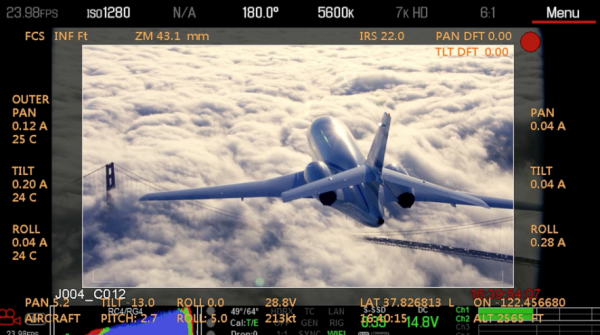 The open platform design of the F1 system allows for future resolution growth and a comprehensive range of professional camera and lens combinations depending on the needs of each client, and as new technology comes to market. Further increasing the functionality and capabilities of CineJet is a specially developed multiple antenna array, to deliver high definition video, GPS data, and ground-to-air audio communication. 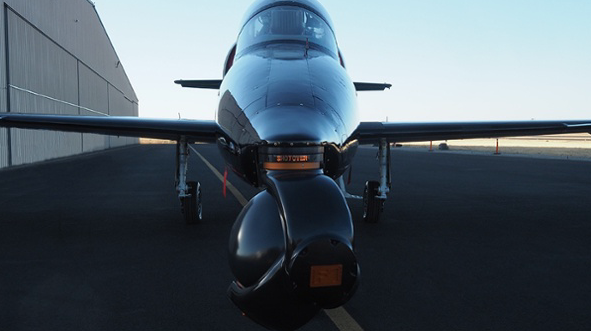 The aircraft will be flown by Helinet’s VP of Aerial Film Production, Kevin LaRosa II and Patriots Jet Team Founder, Randy Howell. For over 16 years Kevin has served the film industry’s top productions as a stunt pilot and aerial coordinator, and is a member of SAG and the Motion Picture Pilots Association. Randy has accumulated more than 23,000 hours of flight time and has over 30 years of flying experience with United Airlines. He has been an advanced instructor in aerobatics, formation, UPRT as well as a Check Airman and Simulator Instructor in a multitude of aircraft.

The footage from CineJet certainly looks impressive and I think it will be highly sought after for big Hollywood block busters, and other high-end commercial projects. Before you ask, no you can’t buy one, and even if you could, it’s not going to be cheap. Just a second hand Aero L-39 Albatros alone is going to set you back more than $200,000US.