I was walking around the Canon booth at IBC and stumbled upon a glass case with an interesting mini camera that looks like an action camera with a big lens on it: an early design concept for the Canon MM100-WS modular camera. I tracked down a Canon representative to see what this interesting new modular camera was all about. 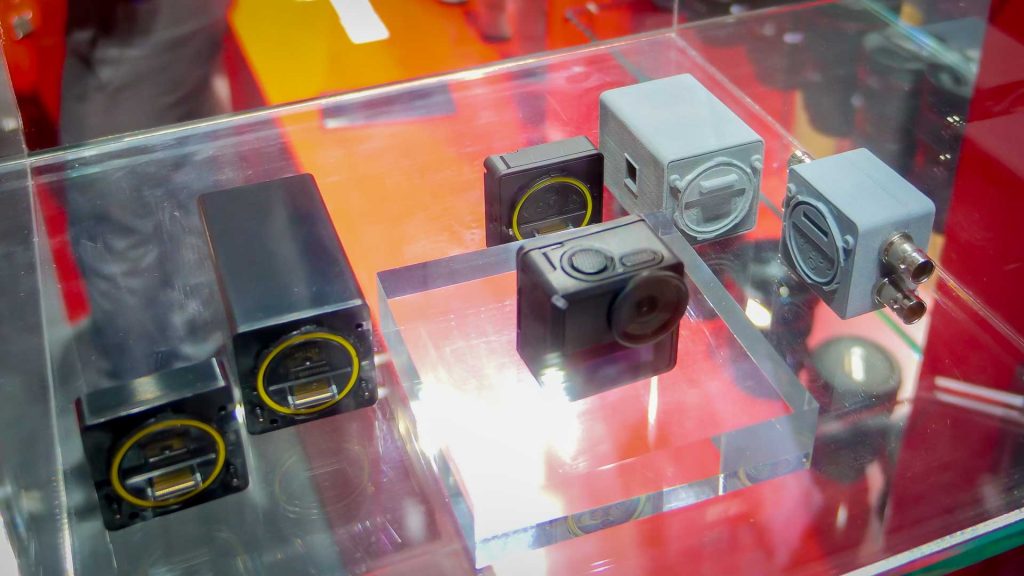 Is it an action camera?
Canon is showing this as a concept camera to see how a 40x40x21.6mm multipurpose modular camera the size of a GoPro could fit into productions or broadcast applications. 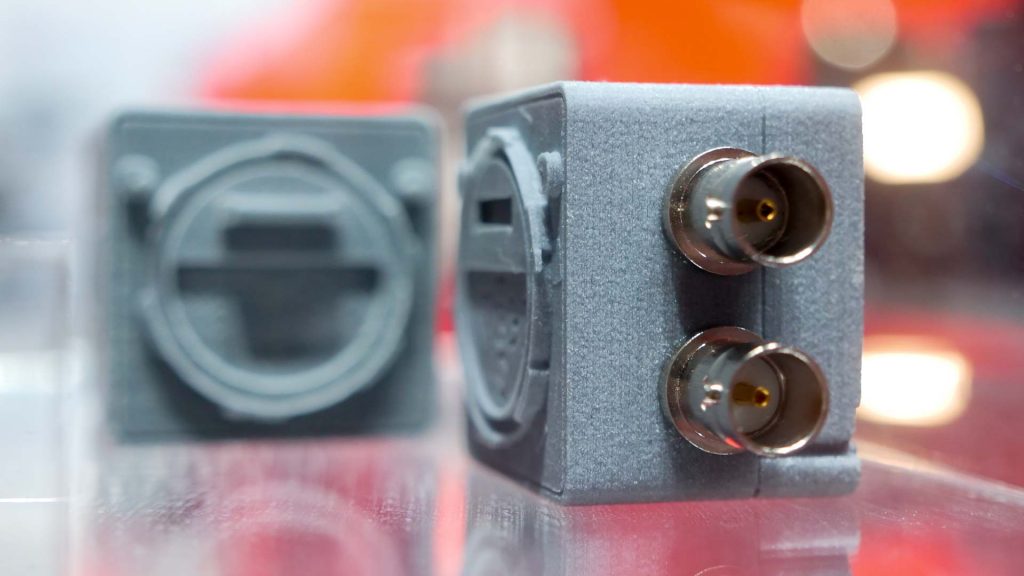 With the added SDI module it looks like it could interface with recorders or be tied into a video switcher? These are all on the table and we can only assume how a system can be utilized.

After speaking to Canon I realized I wasn’t going to get anything specific about specifications and to be realistic I don’t think any are available. Based on feedback from interested potential users Canon will design the modular MM100-WS concept camera in response to the information it gets.

It seems Canon isn’t counting anything out as far as options. Water and shockproof are on the table. As you can see the camera looks like it could be a standalone camera with HDMI and an SD card slot but on the back is where the connection to modules for a variety of other purposes can be attached. It’s a very interesting idea and reminds me of what RED is doing with the Hydrogen. 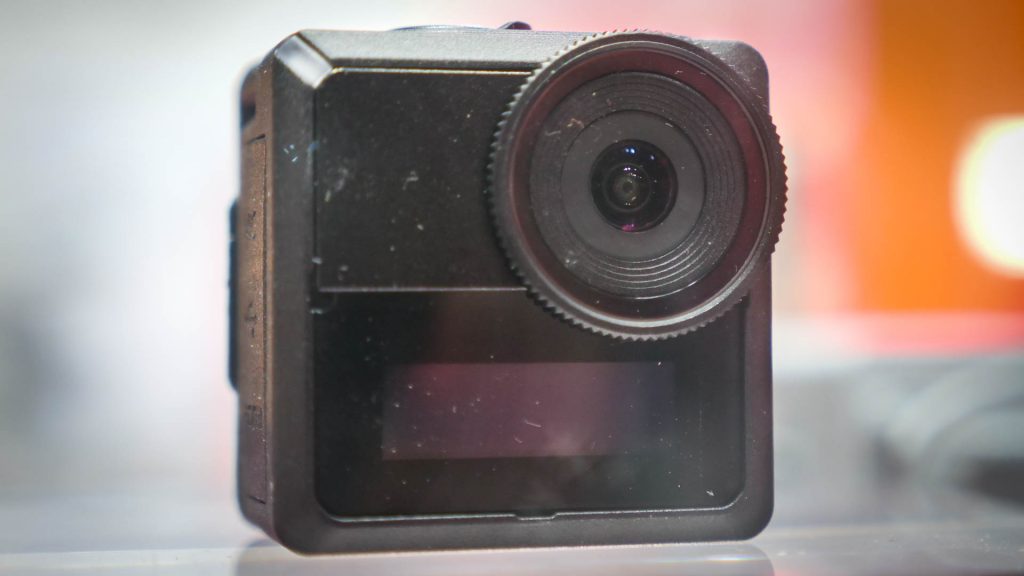 Looks like smaller modular camera systems are going to be a thing in the not so distant future. Canon is also interested in providing the API to software developers under non-disclosure agreements to expand the potential ways of controlling the camera remotely. 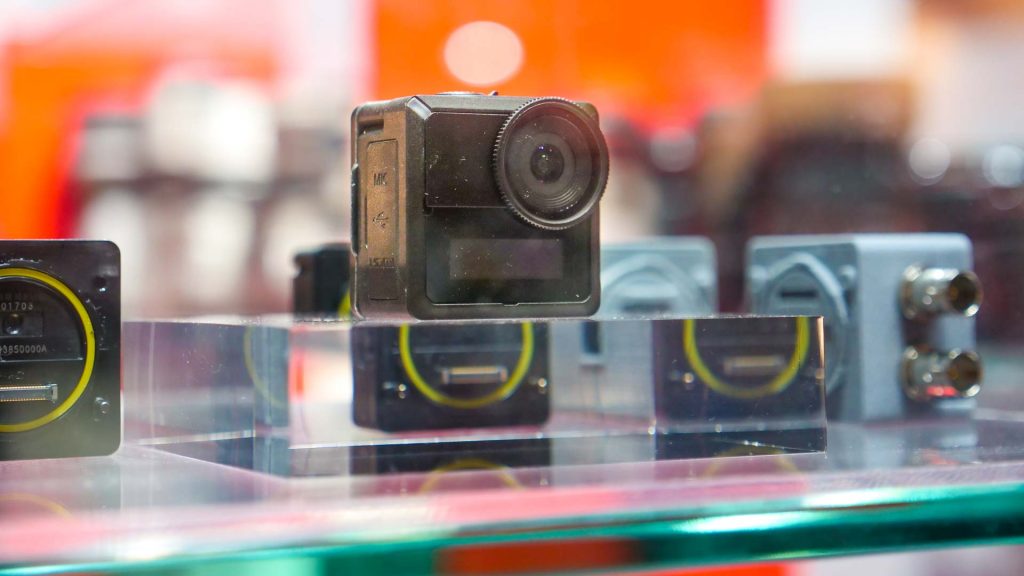 What do you think of this concept? Let us and Canon know and maybe we will see some of your needs and wants in a new modular camera system.