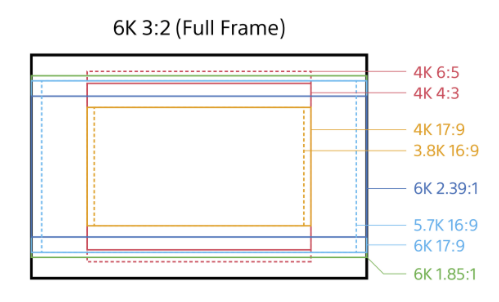 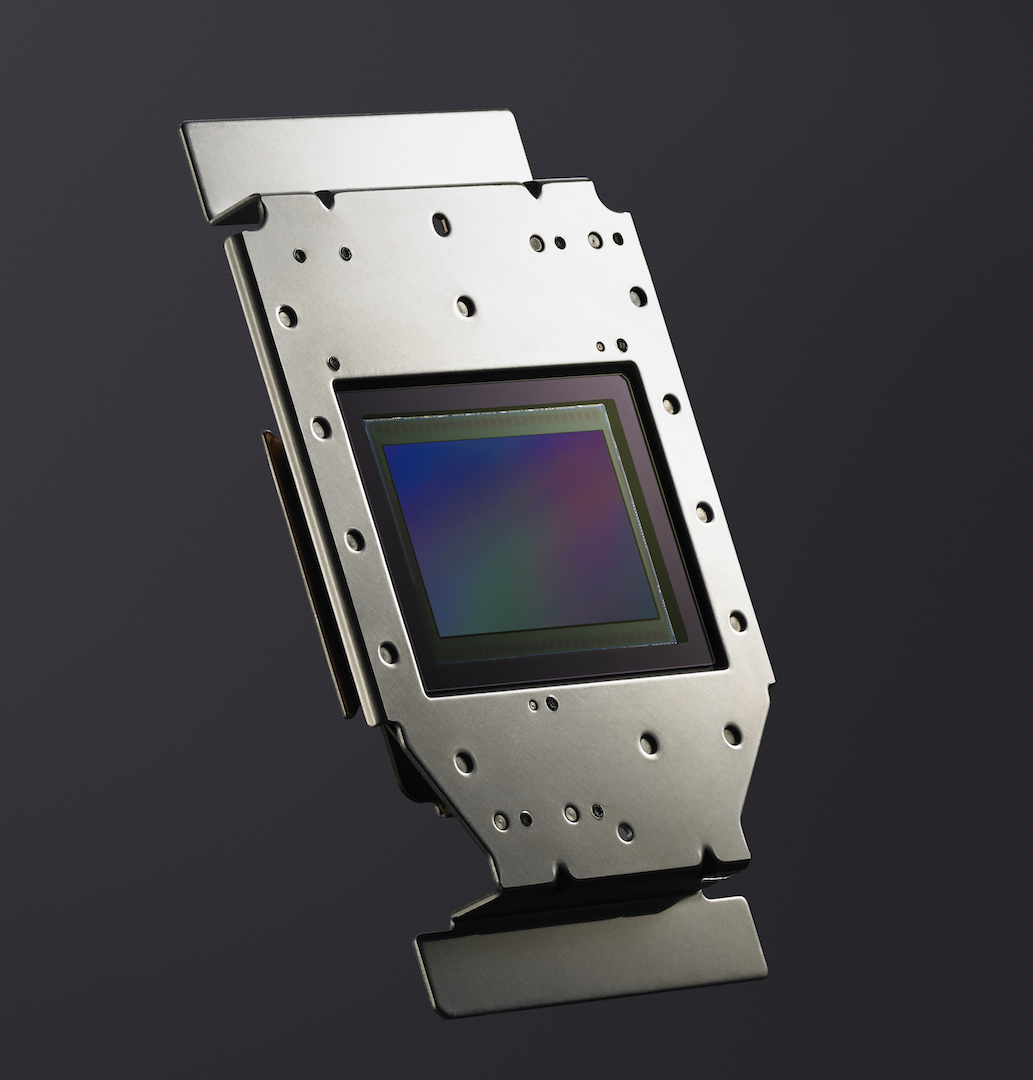 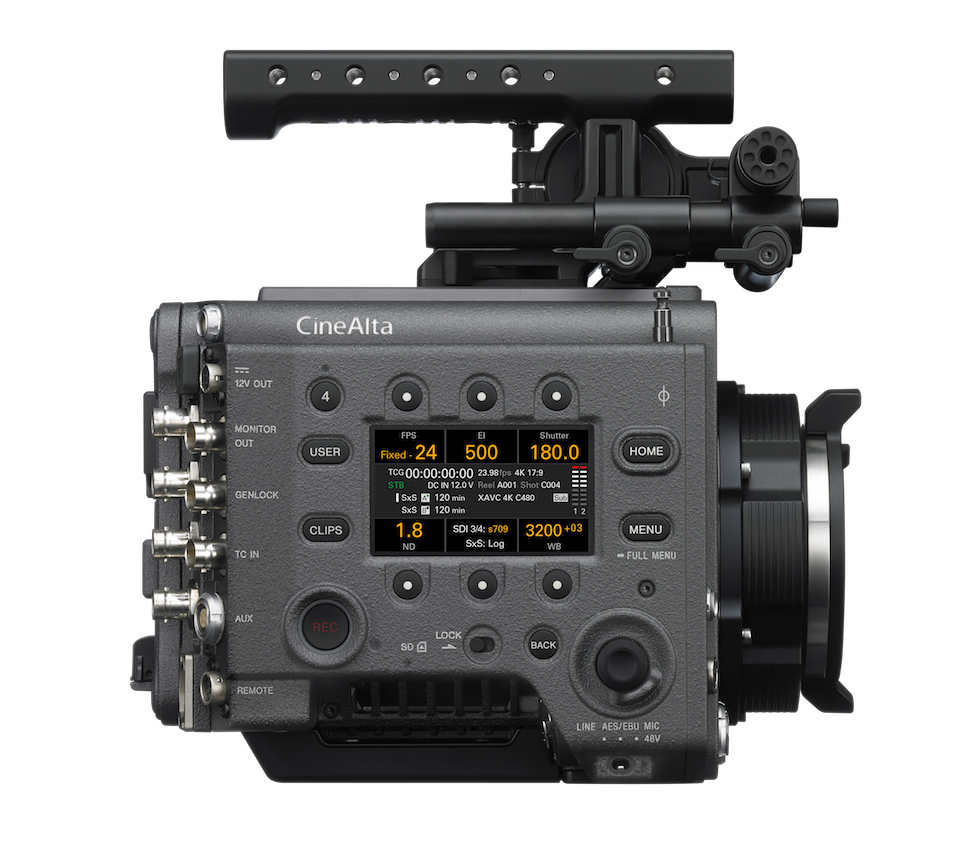 The VENICE is compatible with a wide range of lenses, including anamorphic, Super 35mm and full frame PL-mount glass. VENICE comes with the industry-standard PL lens mount. The lens mount includes contacts that support Cooke/i Technology. Lens information is recorded as metadata frame by frame. Surprisingly, the camera’s native lens mount is a E-mount (lever lock type), which opens up a lot more options for using a wide variety of lenses. A PL mount fits straight over the top of the E-mount.

Sony have a history of oversampling from a large sensor to get a better image in 4K or HD. The F35 (5.7K sensor) and the F65 (8K sensor) both had many more pixels than their final resolutions. Bigger isn’t always neccessarily better when it comes to resolution. Sony chose to go with larger photo-sites rather than higher resolution. 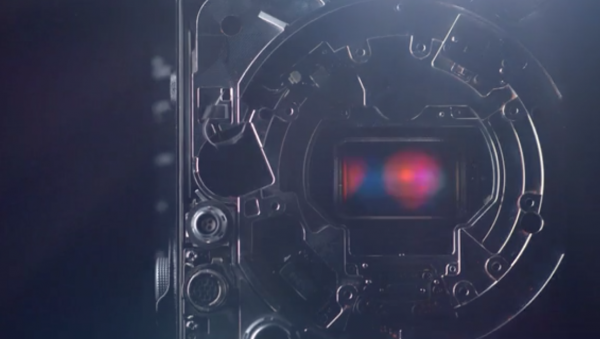 Sony have also made VENICE with a longer-term strategy in mind. They have done this by designing a user interchangeable sensor that is as quick and simple to swap as removing four screws, and can accommodate different shooting scenarios as the need arises in the future. This potentially makes the camera a good investment for rental houses.

With Japan pushing 8K as we head towards the Tokyo 2020 OLympics, some people may be surprised that the camera isn’t capable of recording in 8K. I suspect the whole rational for making the sensor block interchangeable is so Sony can introduce a new sensor in the next few years to meet the possible demand for 8K acquisition.

The VENICE can shoot in the following frame rates and resolutions: 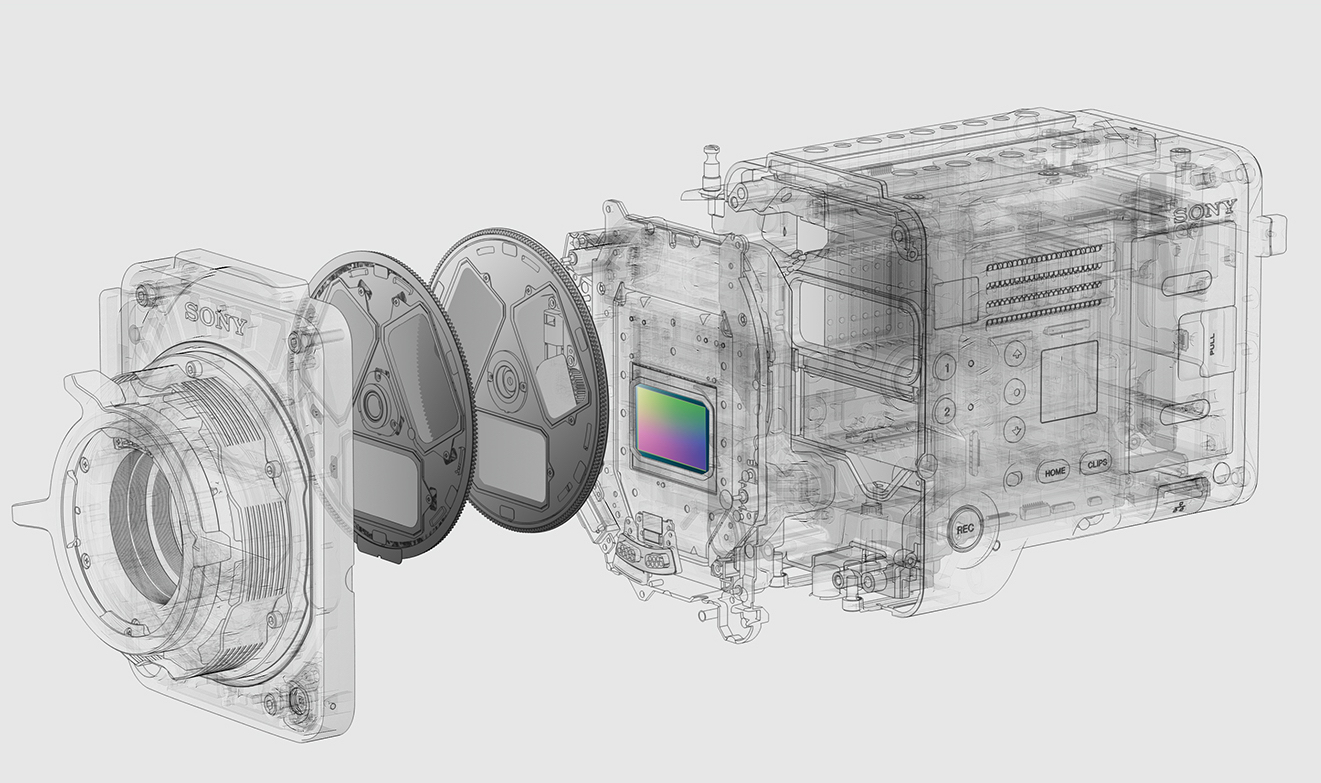 Sony claims that the new VENICE also has more than 15 stops of latitude to handle challenging lighting situations from low light to harsh sunlight. The base ISO of the camera is 500, where you can achieve 15 stops of dynamic range (6 sops of over exposure and 9 stops of under exposure). Unlike the Sony F65, the VENICE doesn’t have a mechanical shutter, but Sony claim that new fast image scan technology minimises the so-called “Jello” effect.

VENICE is the world’s first camera of its class with a servo-controlled 8-step Mechanical ND filter mechanism built into the camera chassis. It offers a massive ND of 0.3 (1/2 = 1 stop) to ND2.4 (1/256 = 8 stops) range that reduces time lost on set changing external filters. The ND filters also greatly increase VENICE’s flexibility when being controlled remotely on drones and cranes, or in an underwater housing.

A key benefit of VENICE is simultaneous recording using two recording media. For example, a production could use RAW/X-OCN data recorded by AXS-R7 for online editing and also use XAVC, ProRes or MPEG HD for offline editing without waiting for any file conversion. As VENICE can also record XAVC 4K and RAW / X-OCN simultaneously, another option would be to use XAVC 4K for quick turnaround mainstream production while using simultaneously recording RAW / X-OCN as a future-proof archive suitable for the highest quality HDR applications. 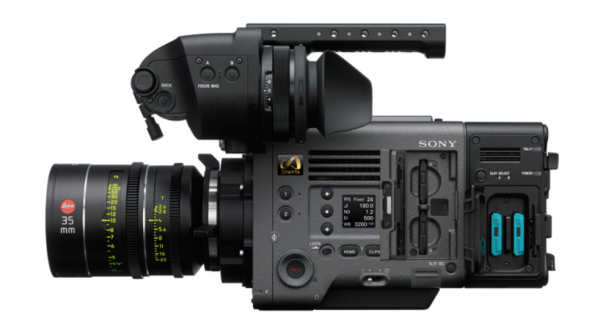 Even without using AXS-R7, VENICE itself can record XAVC 4K and ProRes 422 Proxy* simultaneously. VENICE is designed to support both the highest quality imagery and high speed workflows.
* Firmware update required 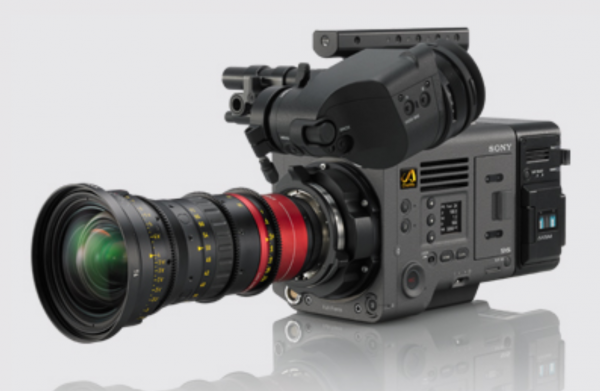 A new colour management system and wide colour gamut are said to help facilitate working with the images during grading and post-production.

Compatible with existing accessories and workflows 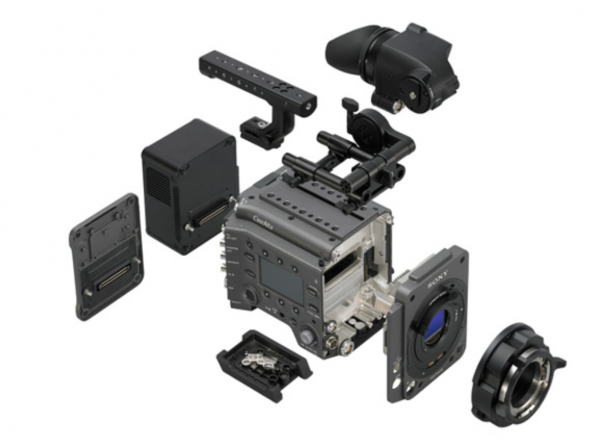 Instead of designing a whole new range of accessories, the VENICE was made to be compatible with current and upcoming hardware accessories for CineAlta cameras (DVF-EL200 Full HD OLED Viewfinder, AXS-R7 recorder, AXS-CR1 and AR1 card reader, AXS and SxS memory cards). The VENICE uses the same 16-bit RAW/X-OCN and XAVC workflows as on the Sony F5/55 when using the AXS-R7 portable memory recorder. 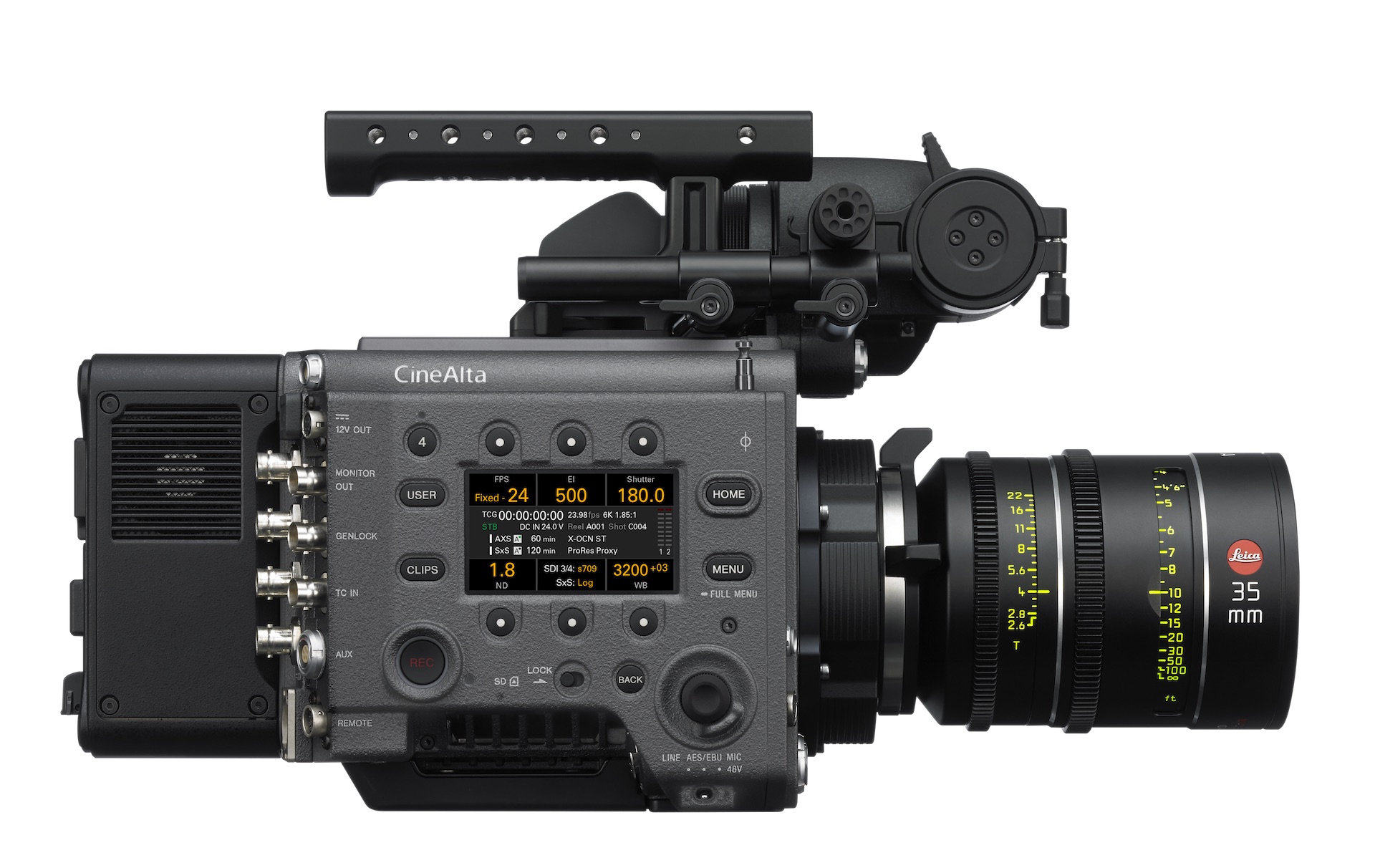 Like a lot of today’s modern digital cinema cameras, the VENICE features a modular design so it can be built up or down depending on the customer’s needs. The camera has been designed with a control panel placed on the left and right sides of the cameras.

The camera operator’s OLED mini display allows intuitive control of commonly accessed features such as ND filter, shutter, FPS, White Balance and Exposure Index. The control interface is an all-new design based on extensive researches with camera operators. A 24V power supply input/output and Lemo connector allow use of many standard camera accessories. 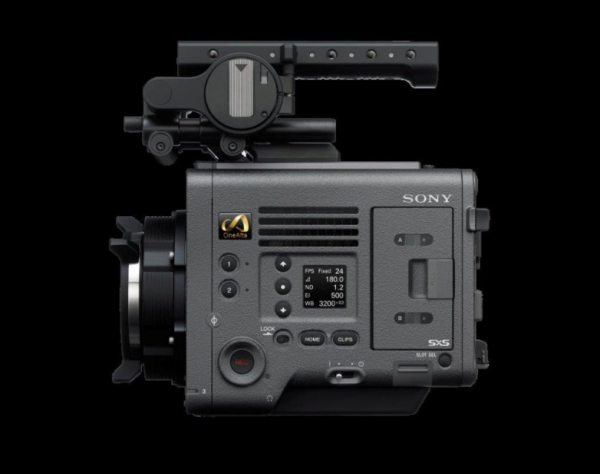 You think Sony would have learnt by now that people don’t like paying additional money for features that should be standard in a camera at this price. Unfortunately the VENICE is going to be another one of those cameras where you have to pull out your credit card to enable certain functionality.

Sony says that they are “Giving users the option to customise their camera by enabling the features needed, matched to their individual production requirements.”

Optional licenses will be available in permanent, monthly and weekly durations to enable 4K anamorphic and full frame. Each licence will be sold separately. This sounds absolutely ridiculous to me, and reminds me of when they announced the F5/55 and gave a big presentation about all these great new features that in some cases took years to be implemented into the camera. At least most of those features were free and you didn’t have to pay for them.

Marketing your camera and then charging extra money on top of the purchase price to use additional features never goes down well with customers. To be fair to Sony, other companies such as Arri also charge for license upgrades.

Have Sony learnt from the mistakes of the F65? 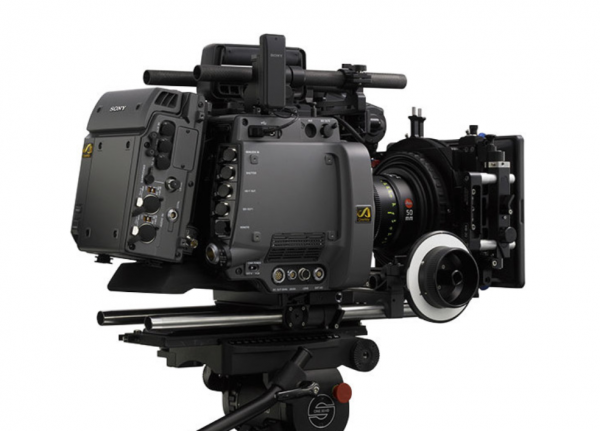 The Sony F65, while a fantastic camera, never really took off. Although it produced stunning imagery it was deemed too big, too heavy and too expensive. Despite being used on films such as Oblivion and After Earth, the F65 has to be viewed by Sony as a commercial failure.

There is definitely a push towards larger sensor sizes from most manufacturers, but Sony faces stiff competition from both Arri and RED. Sony are counting on the VENICE to be a successful camera, as it’s their chance to grab a foothold back in the motion picture ecosystem. 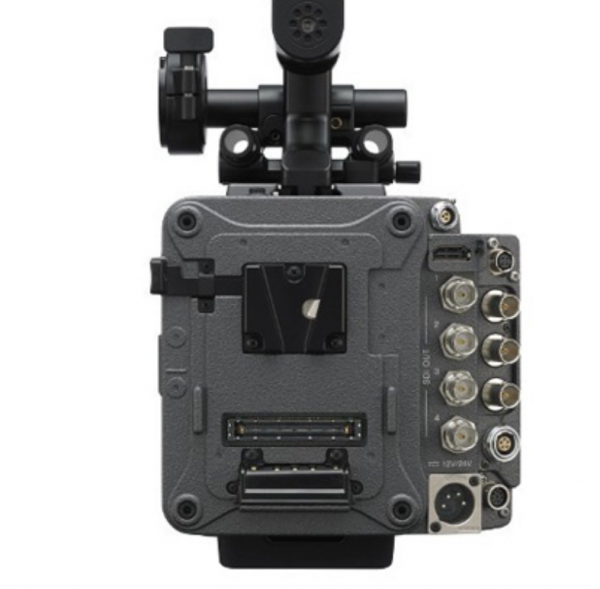 The Sony VENICE CineAlta digital motion picture camera system is scheduled to be available in February 2018 for a retail price of $42,000US (body only).

We will have more coverage on this camera as we get it from Sony’s launch event in Los Angeles.

What do you think of the VENICE? Let us know in the comments section below.