Along with the new COB 300d fixture introduced at NAB 2017 Aputure now has two new affordable modifiers to soften the light output: the Aputure Space Light and Light Dome Mini. 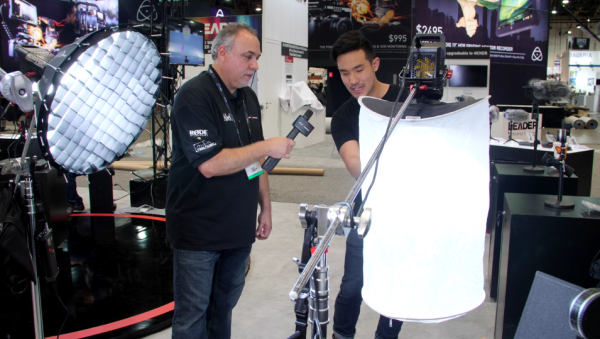 The Space Light modifier when attached to the COB 120 and COB 300 will create a very soft source similar to a China Ball. No extra mounting hardware is needed and the large size will wrap the subjects nicely. I love the look of large source lighting. 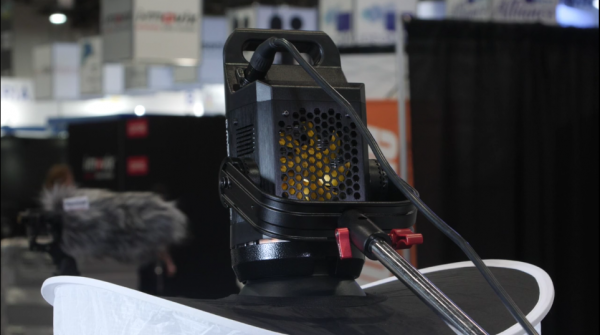 You have to take the original modifier off and put the Space Light inbetween the Bowens mount modifier. The Space Light is made of parachute material for increased strength. The color is super white and appears to not have a warming effect. The Space Light breaks down in a similar way to a reflector and comes with a small storage bag. The Space Light will be available in June for around $50 US. 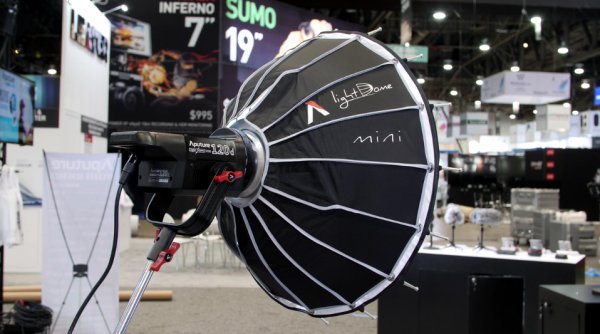 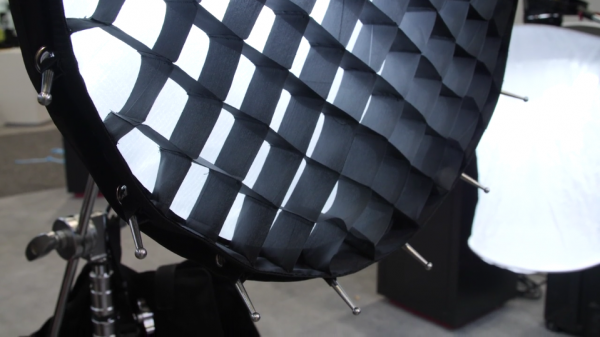 The softbox comes with a speedring and 45° grid. Aputure have updated the exterior fabric with a more durable type and the diffusion is now made of the same parachute material as seen in the Space Light. The Light Dome Mini kit also will be available in June, priced under $100 US.