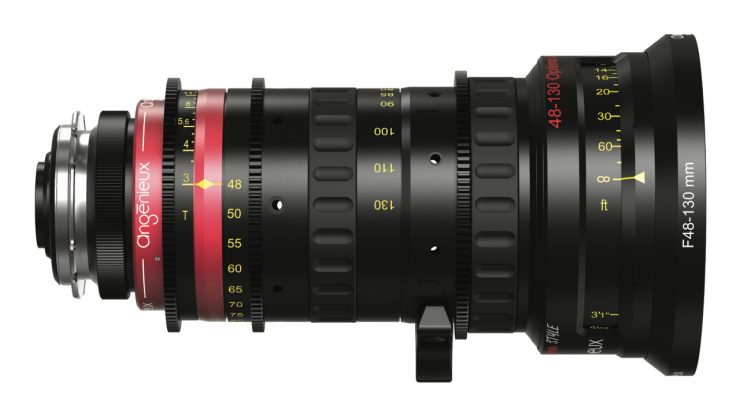 The pre NAB lens announcements just keep coming. The latest is from Angénieux who have added a forth lens to their Optimo Style series. The Optimo Style 48-130mm T3 weighs in at only 4.3lb/1.95kg and has a close focus of 3’1”/0.94m. 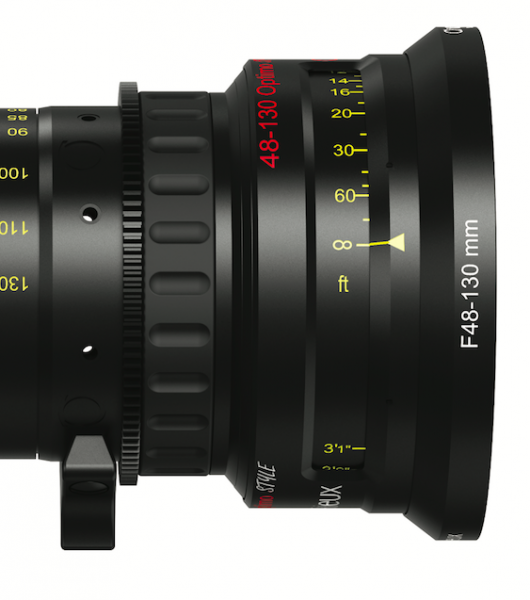 The Angénieux Optimo Style 48-130mm should offer shooters the same superb optical performance that you can obtain from other Optimo Style lenses. It covers an image circle up to 34.6mm diameter (RED 8K helium sensor or ARRI Open Gate for instance) with a constant T3 aperture throughout the entire zoom range. As with the rest of the Optimo Style family, it has no ramping when zooming in, and minimal focus breathing , distortion and optical aberration. The lens shares the same rugged construction of the Optimo Style series with 320 degree rotation of the focus barrel, and industry standard 0.8M gears on the focus, iris and zoom barrels.

With three compact and lightweight zoom lenses, cinematographers can now cover a focal length range from 16mm to 130mm, and up to 260 mm with the Angénieux 2x Optimo extender (at the expense of losing two stops of light). 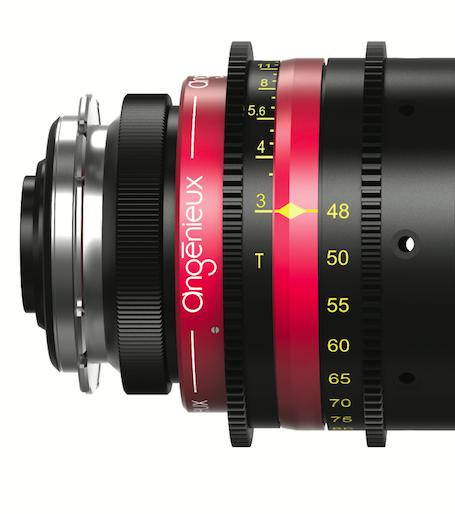 Just like the Optimo Style 16-40 and 30-76, the Optimo Style 48-130 has an easily interchangeable PL mount to Canon EF or Panavision PV mount and can be used with the Angénieux Servo Unit (ASU) with integrated motors for remote control with industry standard wireless and broadcast control systems. It also can be fitted with the Angénieux 1.4x and 2x Optimo extenders.

With only three compact and lightweight zoom lenses, cinematographers can now cover a focal length range from 16mm to 130mm, and up to 260 mm with the Angénieux 2x Optimo extender (at the expense of loosing two stops of light). 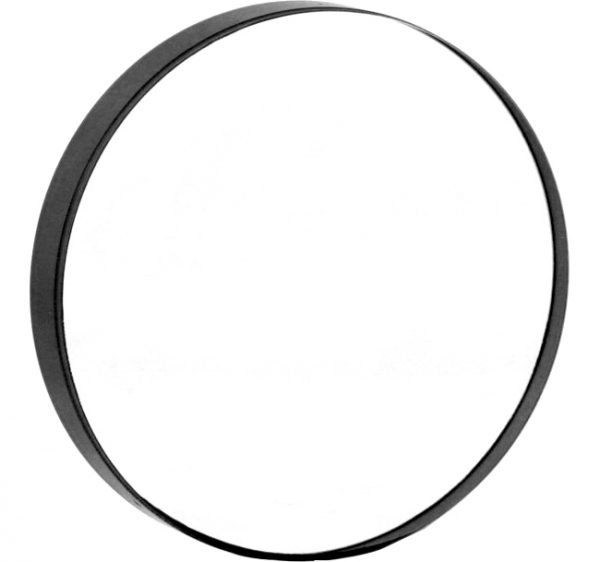 Angénieux have also announced two new accessories for its anamorphic lenses- a Special Uncoated Element for the Optimo 56-152 A2S and 30-72 A2S, and a Special Coated Rear Element for the Optimo 44-440 A2S. To add an even more distinctive look to the Angénieux anamorphic image, the two short zooms -Optimo 56-152A2S and 30-72A2S -can be equipped with an uncoated front element to offer a softer contrast image with additional flares around highlights, whereas the 10x Optimo 44-440A2S can be fitted with a special coated rear element that enhances blue flare. Both accessories can be bought separately and be installed (or removed) by lens technicians. These two new accessories will be available Q3/2017