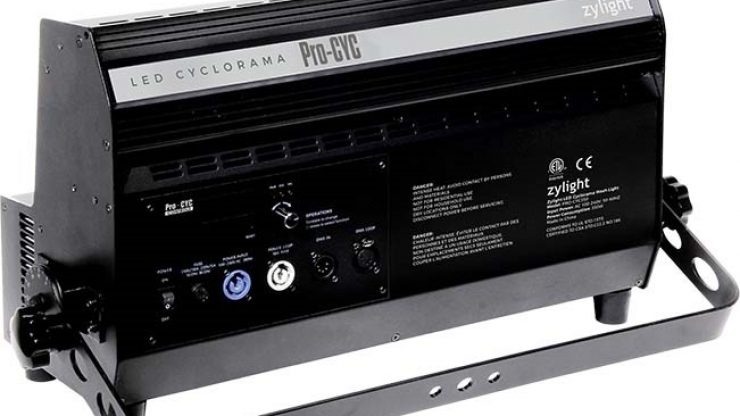 Zylight has announced a Pro-Cyc Color asymmetric wall washer. Designed for studios, theatres, and anywhere else where you need to light up a cycloramas or green/blue screens. the 350-watt Pro-Cyc Color produces a soft, even field with enough output to cover 25-foot cyc walls. The company claims that the light shines pure white for a clean chromakey wash, and features Zylight’s Color Mode to produce millions of colors without gels or filters.

The Pro-Cyc Color has been made for floor use or on a truss mount, and is constructed out of solid aluminum and steel. Up to four Pro-Cyc Color fixtures can be daisy chained through their powercon connectors. The Pro-Cyc Color features integrated DMX operation as well as an control panel for 0- 100 percent dimming.

This new offering from Zylight looks to be a good fit for use in large or even small studios where you need to illuminate cycloramas or green/blue screens evenly. The Pro-Cyc Color is priced at $2,799US and will be available in Summer 2017.