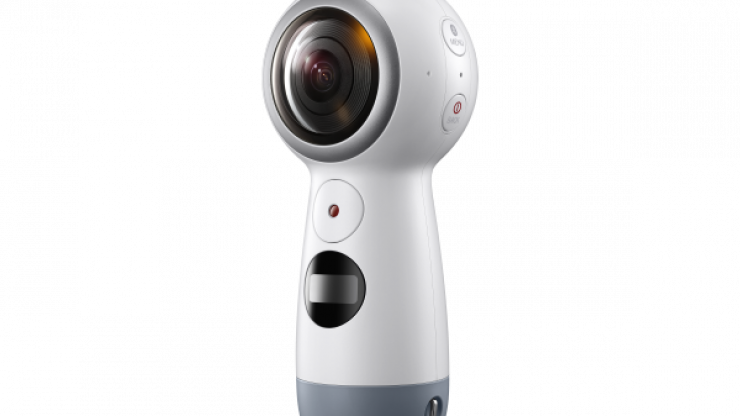 Big news at Samsung’s Unpacked event today! Samsung has announced the new iteration of its Gear 360 camera, still called (quite simply) Gear 360. This comes only six months after the launch of its first Gear 360 camera on 19 August.

The new model offers full 4K resolution videos at 24fps, whereas the previous version captured 3840×1920 at 30fps. Two other significant improvements are the new device’s ability to pair with iPhones (6S or newer, running iOS 10 or later) and its livestreaming capabilities.

Users will be able to live stream 2K video directly to Facebook, YouTube and Samsung VR when paired with any compatible smartphone.

The camera also features a new design, with a built-in handle beneath the dual-lens sphere. The handle, which holds the slightly smaller battery (1160 mAh versus 1,350mAh), helped Samsung reduce the camera body’s form factor by a quarter, from 60mm wide to just 45mm wide.

Samsung has yet to announce a price or release date for the new device.

Samsung also announced the launch of a new Gear VR web browser. The Oculus Browser (Samsung partners with Oculus on its VR headset) is now available for the Gear VR. The app lets you search the web from within your headset, and displays all video, images and text from search engines, websites and social media channels very similarly to that of a desktop.

The company also announced the Galaxy S8 smartphone, coming April 21 for $720 US. Also launching on April 21 is Samsung’s motion controller for its Gear VR headset. The headset and controller together will cost $129.