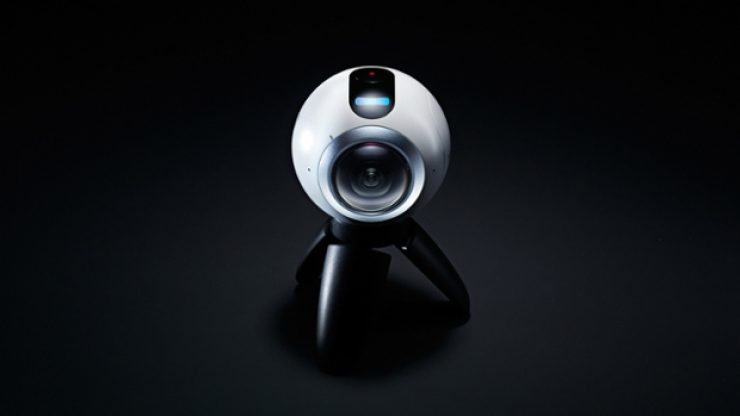 We expect that the next iteration of the Samsung Gear 360 camera will have improved performance specs, but, according to a recent FCC document, it looks like the camera will also feature an updated design.

According to a diagram included in Samsung’s FCC filing for the new camera, published on 15 March, it looks like the new version of the Samsung Gear 360 will feature an updated—and smaller—design.

The new camera includes an integrated stand beneath the sphere containing the camera’s dual lenses—which itself will be quite a bit smaller than the existing camera’s dual lens sphere. Currently, the Gear 360 sphere is about 60mm wide, whereas the new device would be 45mm wide.

This size reduction might be possible if the stand houses the device’s battery and storage space, which is currently located within the sphere of the Gear 360 camera.

Regardless of the “how” and “why” for the new design, the smaller form factor could potentially reduce parallax issues by allowing the sensors to be a bit closer together, without affecting stitching (well, not anymore so than a monopod!).

Samsung kept other diagrams and schematics, photos of the camera, operational descriptions and the user manual confidential in the FCC application.

Samsung hoping to build on a well received Mk 1

The first Samsung Gear 360 was publicly released on 19 August of last year for $349 US and featured internal stitching, 4K video, real-time preview with compatible devices, and included Samsung’s Action Director editing software. The camera, which has become a go-to tool for many newsrooms, including the New York Times’ daily 360 initiative, has recently dropped to as little as $200 in some locations.

We have no idea when more news of the new Gear 360 may emerge, but we hope to learn more at Samsung’s Unpacked event on 29 March.