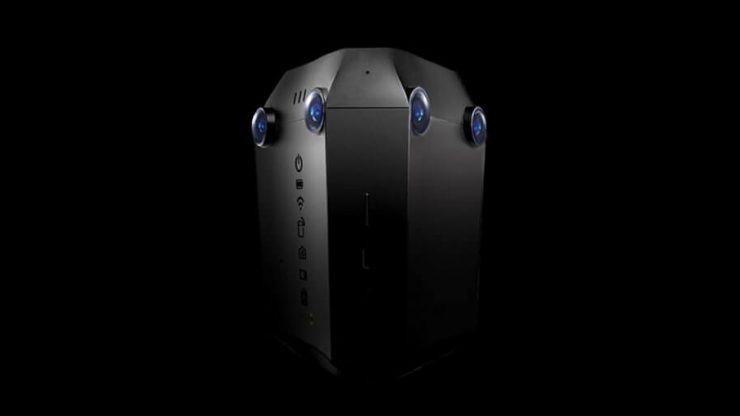 In the early days of 360 video, the numbers kept stacking up. We saw rigs with three cameras, and six cameras, then 16 cameras. But after CES 2017, it seems this year will be one of subtraction: all-in-one camera solutions seemed to reign supreme on the trade show floor.

We already wrote about the eagerly anticipated Insta360 Pro, a handful of 360-degree action cameras launched at CES, and the world’s smallest 360 camera, but we still aren’t done…

All stitching and processing is done within the camera in real time. The camera—slightly shorter than an iPhone 6—can be controlled via an iOS or Android app and, as with any live stream (especially 360 video), high speed internet access is required.

The internal rechargeable battery can last untethered for up to one hour on a single charge, and the camera also features a MicroSD card slot for local storage.

One of the most interesting features of the camera is the ability to overlay text chat on the video in real-time. That feature does require a special keyboard that is sold separately, but allows users to type text (and see the keyboard) from within a headset as they watch the broadcast.

The Hong Kong-based startup hopes to launch its crowdfunding campaign on Indiegogo later this month. The camera will be available at an early-bird price of $1000, and will later retail for $1200. The company expects to ship its cameras in the first quarter of 2017, but of course, as with any crowdfunding campaign, there is an element of risk.