First footage from production versions of the new Tokina 35,50 and 85mm T1.5 Cine Primes has been released. Phil Holland shot the test footage above on the RED Weapon Dragon 8K VV. All the shots were done wide open at T1.5.

Phil was impressed with Tokina’s new offerings and below are a summary of his thoughts: 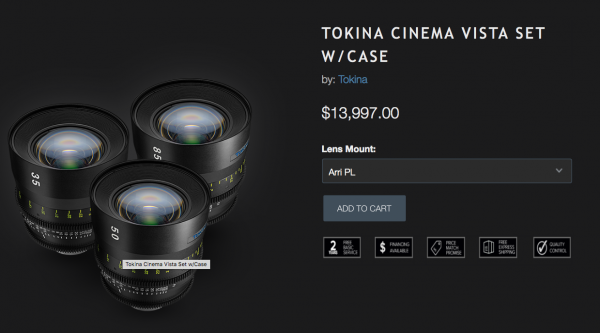 Currently the only place you can buy the new Tokina Cinema Primes is from Duclos Lenses . The Tokina Cinema Vista set with custom case is available for $13997US.

I was very impressed by the lenses when I saw them at IBC last year in Amsterdam. From my short time shooting with them I would agree with Phil’s thoughts. The new Tokina Cine Primes will surely surprise a lot of shooters, and they may potentially set a new benchmark for performance in the sub $5k prime lens category.