In the final part of our Sigma 18-35mm T2.0 and 50-100mm T2.0 Cine zoom lens review I wanted to look at their usability and performance in the field, especially for the solo operator. 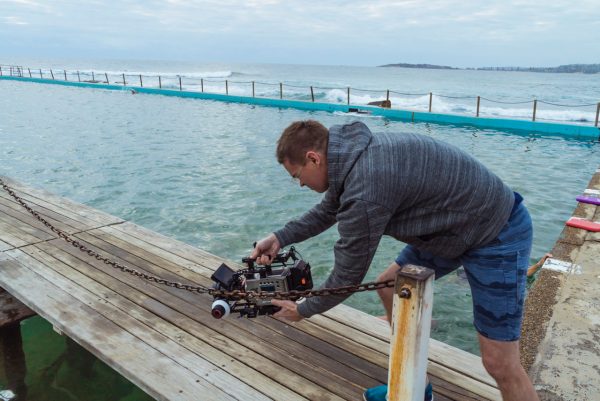 I was recently back in Australia briefly over the holiday period and I decided to go out with DP and Newsshooter contributor Clinton Harn to shoot some material using both Sigma Cine zooms. We headed out early one morning to Sydney’s rock pools. It was a very overcast morning, but as this test was more about the usability of the lenses by a solo operator, the lack of sun wasn’t such a big deal. We decided to shoot on the Kinefinity KineMAX 6K camera in UHD RAW, 3840×1600 aspect ratio (2.35:1) at 100fps. The footage was later transcoded from KineRAW into Cineform RGB 12bit files. 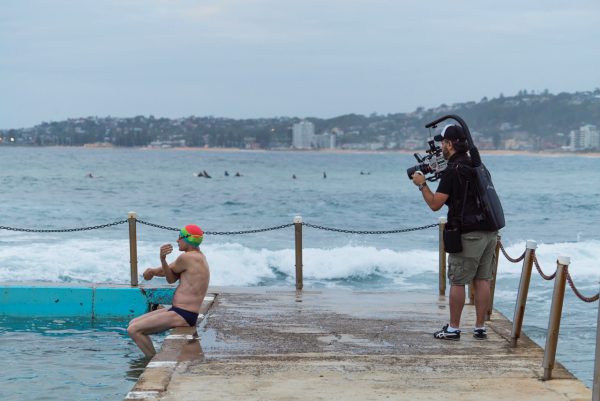 As the 18-35mm and 50-100mm are relatively lightweight for cine zooms we decided to shoot everything hand held. Clinton used an Easyrig and I grabbed some shots by just holding onto the camera. This was a good way of getting two different perspectives of how the lenses can be used hand held. 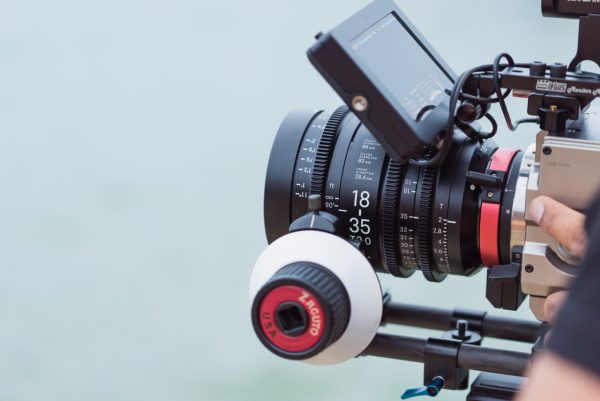 Because both lenses having a 180 degree focus rotation we also attached a Zacuto follow focus to see if that would make pulling focus easier than doing it by hand. 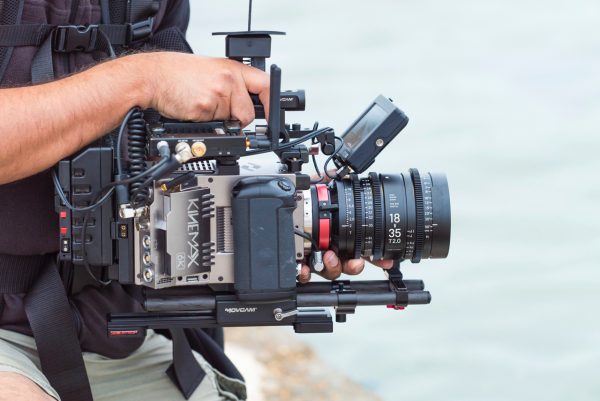 We got a variety of shots and tried to shoot with the lenses wide open as much as we could. Being that both zooms are T2 (which is probably one of their biggest selling points) we felt it was important to do this.

As I mentioned in parts 1 and 2 of this review the lenses performance is pretty much exactly the same as those of their stills counterparts. You would be very hard pressed to tell the difference between footage shot on the Cine or stills versions. Where they do differ greatly is in their physical operation. 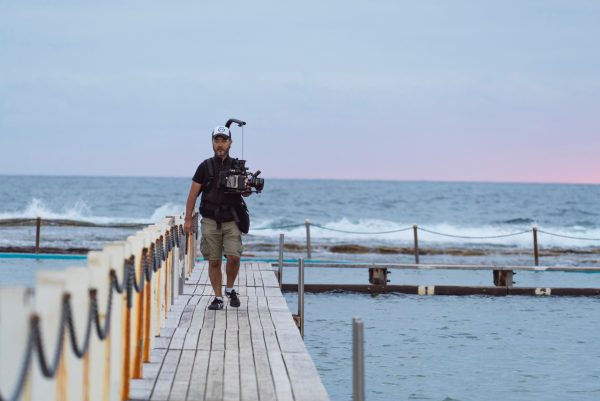 In part 2 of my review I demonstrated why long focus throw cine lenses are not always the best option if you are a solo operator. However, those tests were just at home in a controlled environment and not in a real world shooting situation. After the shoot Clinton and I discussed how we found operating with the Sigma Cine zooms from our different perspectives. Clinton shoots more fictional content, while I normally shoot factual. Most of our thoughts on using the zooms are based on the shoot we did operating as a one man band. 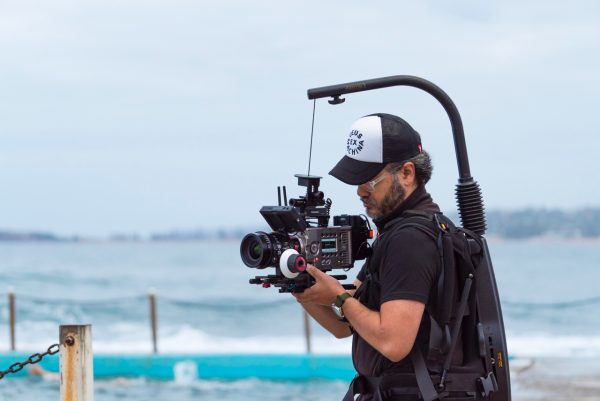 Clinton’s thoughts:
As an owner of both photo versions of these lenses, I was curious how the cine builds would feel and handle. Matt asked if I wanted to wake at the crack of dawn two days before Christmas, drive for an hour, capture some leisurely images and conclude with a lovely breakfast. Well, let’s just say there is no better way to spend your holidays.

Cutting to the chase, I love the look of the Sigmas. I found that the optical quality of the cine versions was exactly the same as those of the stills versions that I own. I do feel there is a time and place for cine housed lenses. The work I’ve been doing lately has been a lot of food and lifestyle, so moving quickly is paramount. I need my setups to work an Easyrig and I also like coverage, so having zoom lenses makes complete sense.

Usually, I wouldn’t be using a cine lens for a shoot like this. At best, shooting solo with a cine zoom is cumbersome, but the smaller size (relative to most other cine zooms) of both these lenses does make them quite suitable for hand held operation. In fact, having manual iris control speeds up exposure selection, but the large barrel rotation doesn’t lend itself to longer focus pulls by hand. Even with the shorter 180 degree rotation (compared to 300 degrees and more on other cine zooms), I found it easier to use follow focus with a speed crank, which is what I generally do when I use my Zeiss compact primes. 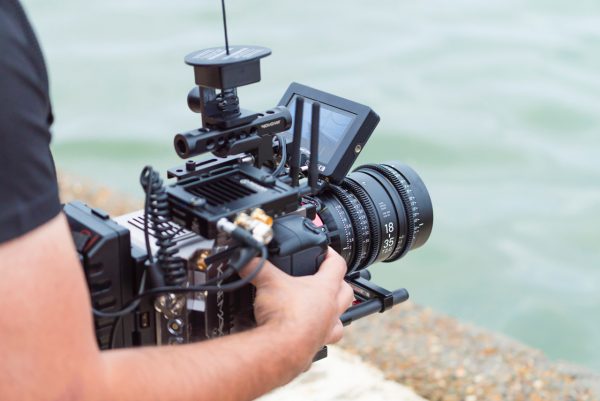 The 18-35mm seems to be a staple lens in everyone’s kit these days, so making this available in a cine version is a terrific option for drama, fictional work, where focus pullers & assistants relying on scales, markings and wireless FIZ controllers. I would like to give readers a gentle reminder though; the Sigma cine lenses are optimized this way for this particular reason, and not because it magically makes your footage look better.

It’s probably no surprise but the focus breathing on the 50-100mm is ridiculously apparent. There were moments when I wasn’t sure if I was changing focus or zoom. Do I like it? No. Could I live with it? Perhaps. While I completely understand the complexities and technicalities of this issue, I’m not sure a punter sitting in a cinema, mid session, is going to cry out and say “See that focus breathing, I want my money back!!” 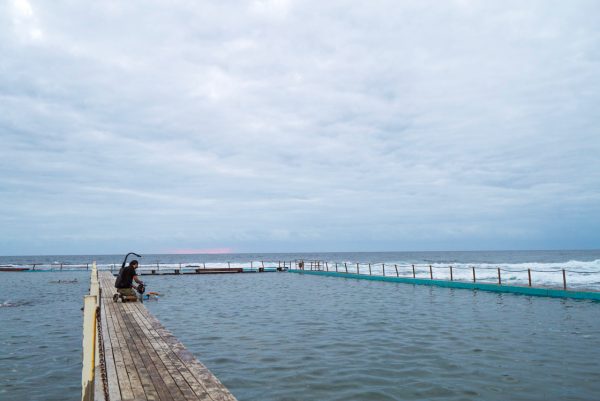 Optically, the lenses are no different from their photo versions. These are designed for a specific application. If I wanted to shoot in a similar scenario with a cine lens, I would probably choose a lens like the Zeiss 21-100mm LWZ purely because I don’t have to keep swapping lenses. Regardless of the need for coverage and convenience I really like the look of Sigma zooms. 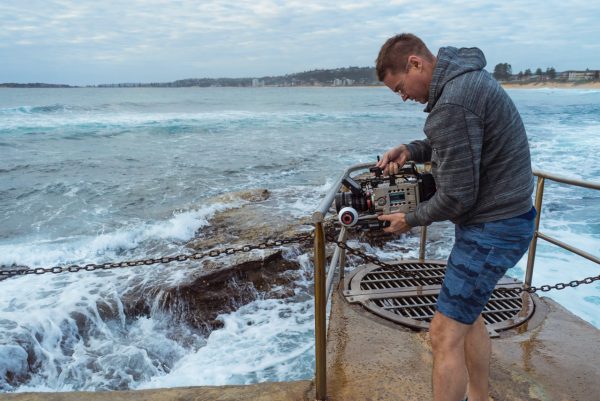 Matt’s thoughts:
First off I really liked the images the lenses produce and they are capable of giving much more expensive lenses a run for their money. As far as the operational aspects go I agree with Clinton that Cine lenses are just not that practical for solo operators shooting factual content. Even with the smaller 180 degree focus rotation (a lot of cine lenses are 300 degrees) it can be difficult pulling focus by yourself. Even with a follow focus I found the rotation too much when trying to make adjustments. The 160 degree zoom rotation can also be a hindrance when you are trying to punch in and change your frame in a hurry. During our shoot I was often finding that by the time I did this, then corrected my focus, I missed the shot.

My thoughts may sound quite hypocritical for a factual shooter who 90% of the time uses Cine zooms, but it’s the truth. I spent a long time researching and testing out Cine zooms before I found the right ones that worked for me. There were a lot of options on the market that I thought were not solo operator friendly. 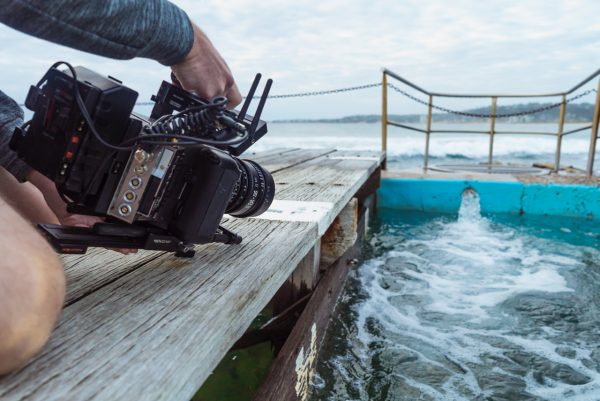 I certainly found the 18-35mm T2.0 a lot better lens to work with than the 50-100mm T2.0. For me the focus breathing on the 50-100mm is just too much for a cine lens. On a professional set this would probably be a deal breaker for a lot of DPs. I really do like the 18-35mm if you are using it in a controlled environment or with a remote follow focus. The 50-100mm produces lovely images but I just can’t get past that focus breathing. I really do wish Sigma had been able to improve that aspect of the lens because I would be very hesitant to purchase both lenses in the set. As far as Cine lenses go the 18-35mm is a far better lens.

Where I can see these lenses being used more is by indie filmmakers and low budget productions where they can’t afford to hire more expensive cinema glass. Given the relative low cost of the Sigmas compared to most cine zooms they would make a good option. Again, I think even in this scenario the 18-35mm is going to be a lot more popular than the the 50-100mm. 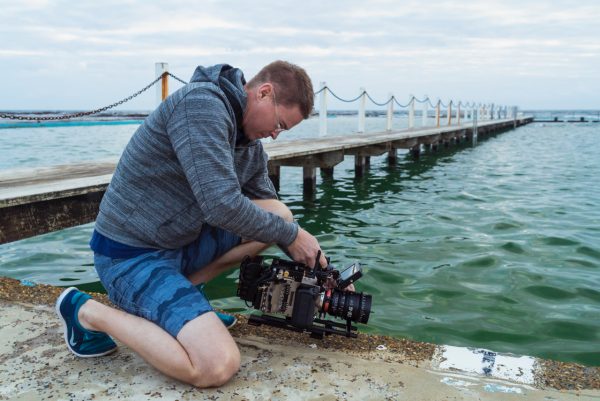 If you are a factual solo operator there is no real compelling argument as to why you would choose the Cine lenses over the stills versions (unless your camera only has a PL mount option). For me there just isn’t enough difference between the two lenses to make the additional investment. As these zooms are basically stills optics in a cinema housing, there were always going to be limitations as to what Sigma could do. It would of been great to have all new optical designs for the cine versions but then the price of the lenses would of almost certainly been a lot higher. Maybe Sigma should have looked at what Rokinon/Samyang have done and made a simpler cine modded version of the stills lens that just added a de-clicked manual iris and 0.8 pitch gears.

I don’t want anyone to think that I am being overly critical of the zooms in this last part of the review. A lot of what I have said can be applied to using almost any cine lens. Whether they are suitable for the type of work you do is only something you will know. The Sigma zooms certainly produce really nice images and their optical performance is right up there with much more expensive lenses. They are also well built and affordable as far as cine zooms go. 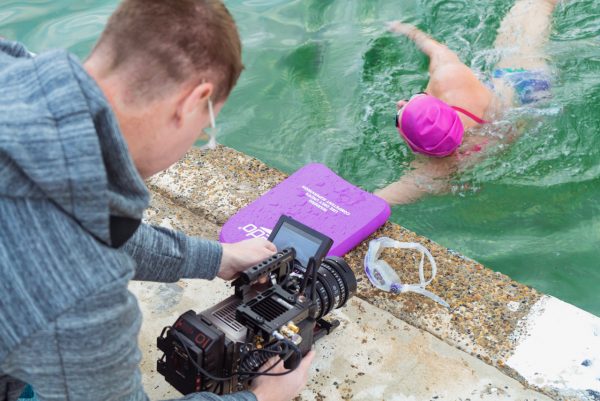 My parting thoughts are that, as a solo shooter, you shouldn’t just rush out and buy cine lenses because you think they will make your work look better or get you more jobs. Do your research and always test out lenses before you buy them. Laying down your hard earned cash on something you have never tested can be a big mistake. Cine lenses are not for everyone and if you are a solo operator shooting fast paced factual content they may end up being a hindrance rather than a help, but if you are you are shooting factual or fictional work in a controlled environment they may be right up your alley.

Thank you to Tim Tan for the BTS pictures.