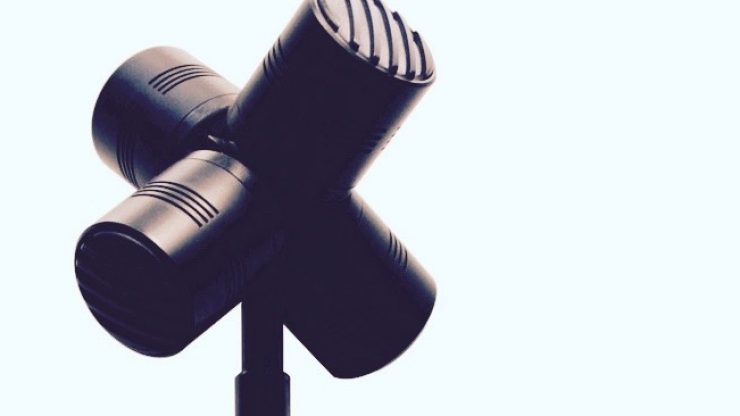 My first VR experience was short and trippy. I’m standing in a meadow on a sunny day. After a few seconds of exploring the scenery, I hear a train whistle blow behind me. As I turn to look, a black train rushes toward me before turning into a flock of birds and dispersing.

There’s also a baby, and maybe a constellation of stars…I can’t recall how we got there and I can’t for the life of me find this video again, but what I do recall with perfect clarity was the moment the whistle blew and I turned around.

It was the moment I thought, “This VR thing is going to work.”

Spatial audio is absolutely essential to an immersive—and believable—VR experience. It helps guide the viewer through VR in the same way aural cues direct us through the real world. But it’s also imperative to the illusion. To truly believe VR, all of our senses need to be convinced. Otherwise, this otherworldly illusion breaks down.

SoundField actually invented 360-degree surround sound audio capture in 1978, and they continue to be an industry leader with their ambisonic microphones, as well as systems and apps for broadcast, music and location recording.

Freedman Electronics Group purchased both the product line and the company’s intellectual property, and it plans to maintain SoundField’s product line, support and warranties while TSL Products plans to focus its efforts on its broadcast control, monitoring and power management solutions. What’s most exciting about this news is the prospect of ambisonic audio solutions from Rode in the not-too-distant future.

“Oculus Rift, Playstation, Google, Samsung, HTC, even Facebook are all exploring and expanding their immersive VR experiences,” said Rode Founder and Managing Director Peter Freedman. “But, to quote George Lucas, ‘Sound is 50 per cent of the movie-going experience.’ SoundField and Rode will lead the way with immersive audio capture.”

So, what is immersive audio capture? Essentially, it’s audio that mimics reality. When we hear sound in real life, we can tell the direction it came from and the relative distance between us and the source. For example, when we hear a sound, it usually reaches one ear before the other. The longer it takes to reach one ear after the other indicates whether the sound’s source is only slightly to our right or left, or if it’s directly right or left. We also use differences in volume between our ears to determine which direction a sound comes from.

Essentially, ambisonics attempt to recreate this type of experience. When you use ambisonics in a room full of speakers, it only works if you’re in the center. But in VR, the user is always in the center!

There are a few different approaches to spatial audio, and you’ve probably seen binaural microphones before. They’re the ones that literally have fake ears on them. Binaural audio typically uses two mics that let listeners distinguish between sounds coming from the right or the left.

The SPS200, for example, gathers audio signals (A-format) from the mics, but requires further processing into B-format audio. This audio consists of four signals (W, X, Y and Z) that can approximate the wave field on a sphere around the microphone to create a 3D soundfield.

All this works together to create a more immersive experience—the ultimate goal. That’s why our cameras are ever-striving to achieve the visual quality of real eyes, why haptics are trying to recreate balance and touch, why spatial audio wants to make you turn around and look at that train.

VR doesn’t have to portray reality to feel real. Babies can transform into constellations and trains can dissolve into flocks of birds. But it absolutely needs to feel like reality—video, audio, and all.

For more information on the SoundField purchase, visit the Rode website.

P.S. If you recognize the VR experience I describe at the top of this article, share it in the comments!