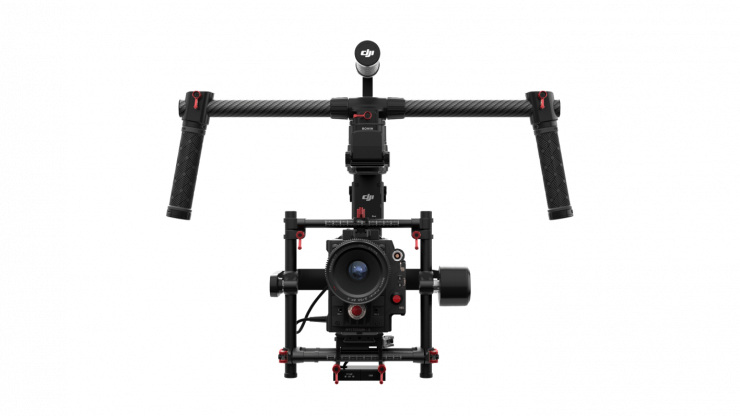 DJI today announced an advanced brushless gimbal, designed for use on both handheld and aerial platforms. The Ronin-MX features motors that are around 50 percent more powerful than those on the Ronin-M. This allows it to counter the higher G-forces from flying, or when attached to a vehicle or Russian arm. When used with the new Matrice 600 hexacopter it communicates directly with the A3 flight control module to allow it to react better to external forces.

The overall design is similar to existing Ronins. The balancing is toolless and the gimbal can be detached from the handles to allow mounting on to vehicles, jibs or arms. The quick-release system works with mounts designed for existing Ronin models. 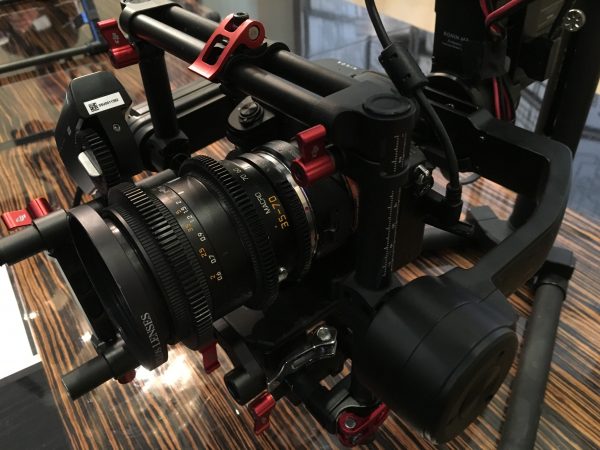 The new gimbal can carry two batteries. The one powering the gimbal itself has been repositioned so it sits in a forward position above the camera. The second battery is at the rear, in the same place as in earlier Ronins but, as it is only used for powering the camera and accessories and not the gimbal itself, it can be removed if not required. The two batteries are different designs and have separate chargers – this is a slightly strange move and it might have been better to have just one battery type.

In terms of payload capacity, the gimbal is placed between the Ronin-M and the original Ronin, able to carry cameras like the RED Epic and ARRI Alexa Mini. When asked whether it could carry longer cameras like the Sony F5 and FS700, DJI told us that it wouldn’t work out of the box, but that there may be extension arm solutions from third party manufacturers.

When used handheld there is a new frame option that looks similar to a Fig Rig, allowing the gimbal to be rested on surfaces during breaks in operation.

DJI claim the motors of the unit are quiet and well-suited to use on-set. The gimbal uses Smoothtrack software that allows the operator to customise the responsiveness of the gimbal in the various modes.

The gimbal is also compatible with DJI’s Lightbridge 2 technology, which gives full app control and a live video feed. The HD video transmission range is said to be 3.1miles (5km).

The MX is probably the DJI gimbal most users with lightweight lenses and mid-sized cameras will now opt for, unless you need to carry larger payloads, in which case you will still need to use the original Ronin. Ultimately though, this is an evolution of the original design concept. When used handheld the operator’s arms still need to be extended in front of the body – tiring if you’re holding the gimbal for any length of time. If you do want to use the gimbal for extended periods, consider getting extra support from an Easyrig, exoskeleton or other device.

The Ronin-MX has no official shipping date yet, but we are told it will be available very soon. Price is set at a competitive $1,599 US.