Brushless gimbals are great tools for stabilising your camera and creating smooth footage, but imagine if you could get similar results with just a small action camera with no add-ons.

A new company, formed by a group of passionate kiteboarders and action sports lovers, called REVL is claiming to do just that. The REVL Arc is a tiny stabilised 4K Action Camera that has just launched on crowd funding platform Indiegogo. It uses a hybrid stabilisation system, which combines both electronic and physical stabilisation to keep the footage smooth. A built-in gyroscope keeps the view level to the horizon – even if you’re upside down, or the camera is being moved around. The launch video shows several shots that are made possible due to the camera’s small size, including one where the camera is attached to the centre of a moving car wheel. 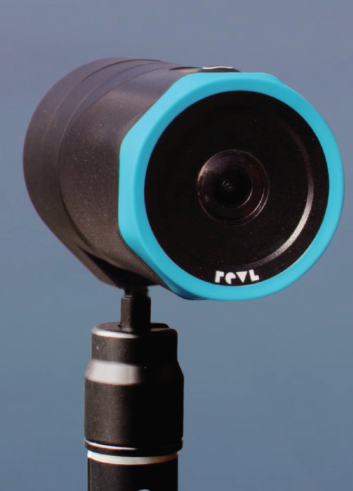 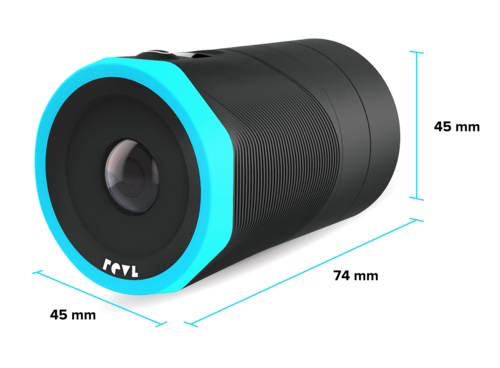 One of REVL’s partners in this project is Sony, so it is pretty safe to assume that is who is making the camera sensor. The Arc can record 4k at 30 fps, 1080p at 120,60,30 FPS and 720p at 240,120,60 FPS. There is no mention or indication that the camera can record the more cinematic 24 or 25p frame rates and unless these are added this will limit its usefulness for professional filmmakers. There is no mention anywhere of what type of manual camera controls are available, if any. 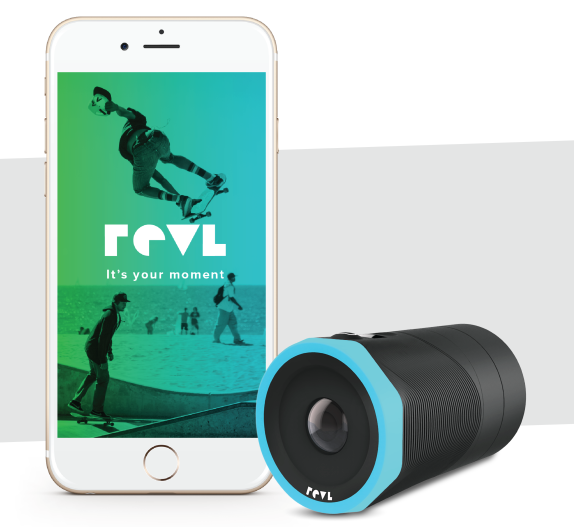 The Arc has WiFi 802.11n and Bluetooth 4.0 connectivity and you can monitor a live video stream via the Revl App on an Apple device including a Apple Watch. The camera takes SD cards up to 128GB and has a 1100mAh Li-Ion battery that is said to be able to record 4k for up to 90 minutes if your not using the wi-fi. The camera is also waterproof up to 10 feet. 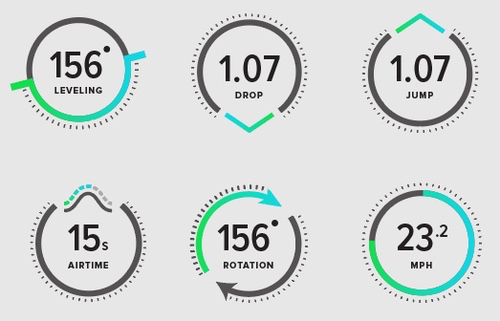 The Revl Arc contains four sensors – a gyroscope, barometer, magnetometer and accelerometer – and can connect to 3rd party sensors like heart rate monitor and ODB-II Car sensor. These sensors capture and store your personal data while you’re shooting. The Sensory AI uses contextual algorithms applied to the sensor data to make the most informed editing decisions. It will measure, track and learn from your personal progress over time. 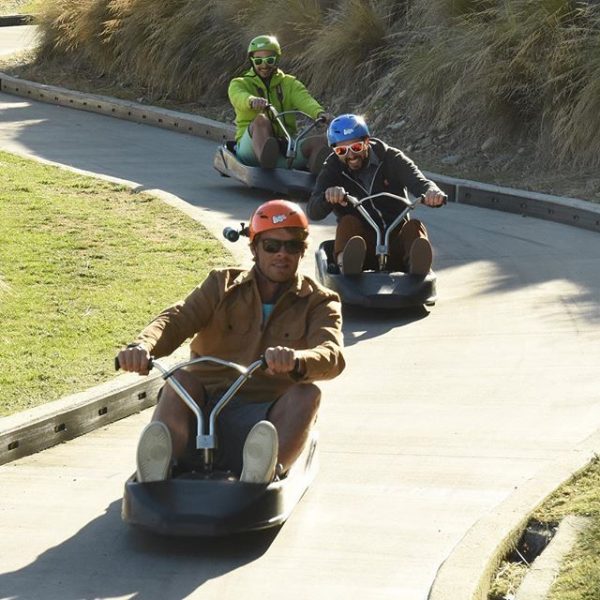 As the camera uses both physical and electronic stabilization technology, it doesn’t need to rely on expensive mounts. Instead it comes with an adaptable mount and can easily snap in and out of third-party accessories, depending on your aplication. 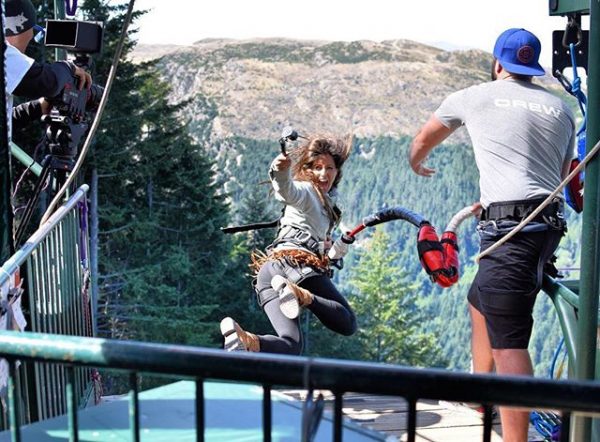 Once you have finished shooting the Revl Arc tries to that the hassle out of editing. It automatically identifies what it thinks are the highlights in your footage using a proprietary Sensory AI, and quickly creates a shareable video. This sounds similar to the system seen in TomTom’s action cam. All you have to do is connect your camera to your phone via Wi-Fi, add a music track, and you can share your moment instantly. 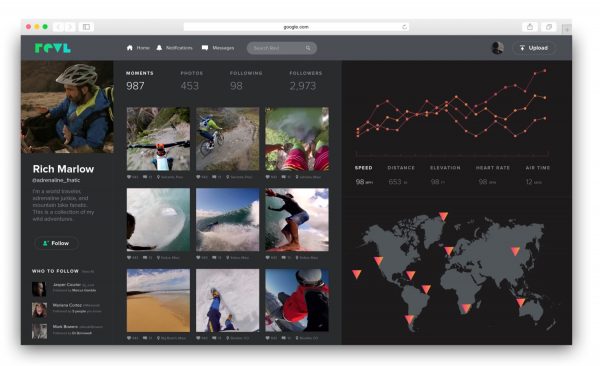 There is also going to be a community platform so users can compare stats with thrill seekers and professional athletes. 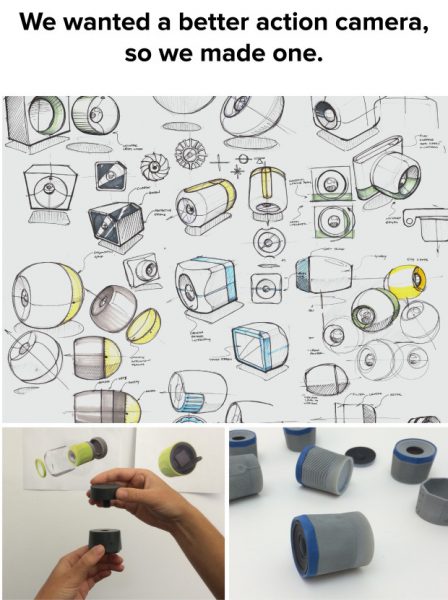 The REVL Arc looks like a very interesting concept and I like the idea of having inbuilt gyro stabilisation in a action camera. It is a pity that there doesn’t seem to be any 24 or 25p frame rates at the moment, which means that most professional filmmakers would have to use the camera soley for higher frame rate capture in HD. Of course if the camera is a success there is no reason why REVL can’t add more controls and frame rates to this model, or to a future higher end version.

It is hard to judge the quality of the camera based on the video on YouTube, but the stabilisation does seem to work well. The colours of the camera do look overly saturated and it does seem to struggle with dynamic range in high contrast environments. Of course this is all early pre-release footage and I hope things get better.

You can pre-order a Arc online now and prices start at $349US for a package that gets you the camera, 5 customisable colour bumpers, 2 universal mounts (1.4″ and GoPro mount), and 2 sticky mounts (curved and flat).

REVL already has backers that include Bill Tai, James Lindenbaum and Google Maps co-founder Lars Rasmussen, who have contributed a total of $2 million in seed funding. REVL’s Indiegogo campaign has just over a month to go, and if the project is fully funded they and plan to ship their first cameras in December 2016. 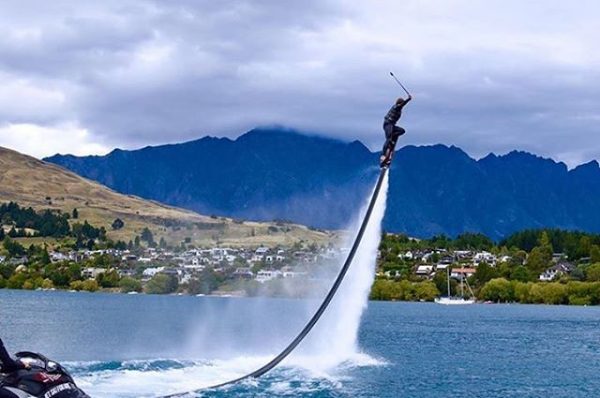 Wireless Upgrades
Over the air firmware upgrades (through the REVL app)