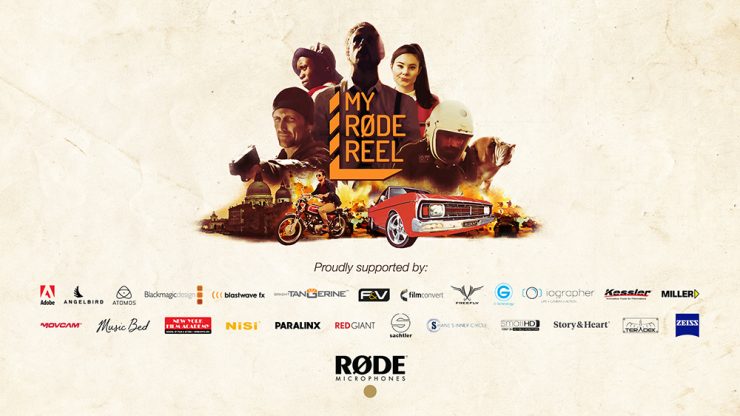 Now in its third year, the My Rode Reel short film competition is back again with a clutch of kit-based prizes, a new category specifically aimed at female filmmakers, and a DP heading the judging whose work you’re sure to be familiar with.

The prize fund this year totals a whopping $300,000 US and features kit from some of the industry’s best-known manufacturers – listed in the image above.

To enter you need to make a short film of three minutes or less, plus a behind-the-scenes video showing how you’re putting Rode gear to use on set. Or on location. Or in your living room.

There are also technical awards, including Best Sound Design, Best Soundtrack and a new category of Best Music Video. Each winner of these categories will also receive a prize pack.

The judging panel is being led by Shane Hurlbut ASC – chances are you’ve probably seen his work on a really big screen – and entries are being accepted from 1 March to 1 June. There’s a free entry pack on the Rode Reel website, where you can also find a full list of the categories and prizes. Get to it!