Sony debuted the PXW-X400, a new mid-range shoulder-mount ENG camera at the CCW / NAB Show New York this week.  This is a 2/3″ HD camera aimed at television news crews.

The $16,500 (list) camera has a host of networking and connectivity features, and has the ability to record an HD pool feed over SDI. Being able to record a pool feed is a really important feature that has previously been accomplished with a much more expensive camera and a ridiculously expensive add-in board. 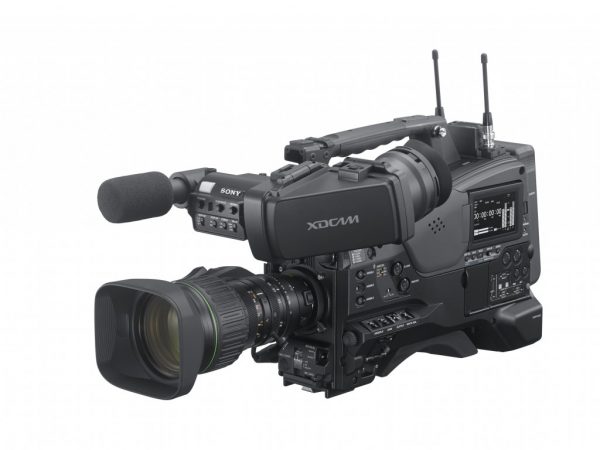 Although it’s hard to get excited about an HD camera in this 4K era, the X400 looks like a real contender for daily news work. They’ve adjusted the weight balance so it sits better on your shoulder and it will take the newer HDVF-series Full HD OLED viewfinder (model HDVF-EL20/EL30) but has both 26 and 20 pin EVF connectors.  It shoots in several HD and SD formats including XAVC-Long 60P.

The networking features include an ‘ONLINE’ button that gives you one-button streaming. It can use WiFi, an RJ45 ethernet cable or a cellular dongle to go online. It also has near-field communication so you can set your camera up with a compatible cellphone app. 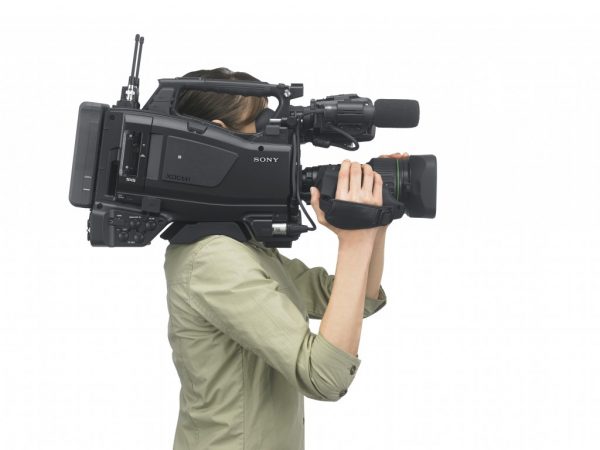 It has a slot for a wireless mic receiver, and uses SxS cards.  It will come as body-only for $16,500 or in kits with either a manual or autofocus lens. Available in February 2016. Full specs for the EU model are here.