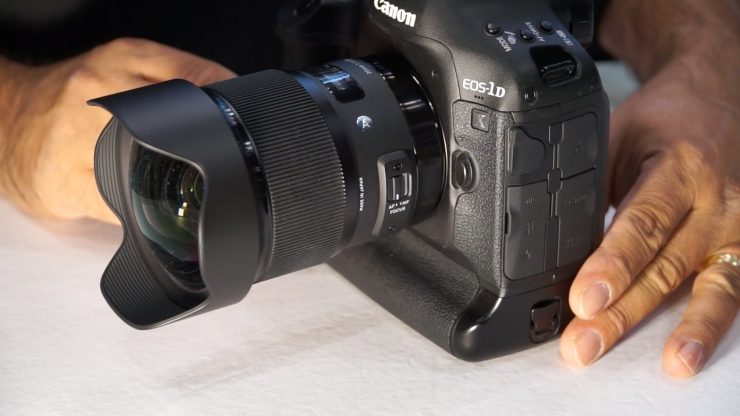 Sigma had their new 20mm f/1.4 Art lens at Photo Plus Expo in New York.  This is the fastest 20mm full-frame lens yet, they say.

The lens has a built-in flower petal hood so you won’t be able to mount filters on the front. The Canon-mount version I played with focused in the Canon direction.  Manual focus throw for a wide angle lens wasn’t too bad – about a half revolution from near to far. Looking through the viewfinder it was crisp and easy to focus with no obvious distortion. It has a nine-bladed aperture for nice highlights. It will sell for $899 and will be available in late November for Nikon, Canon and Sigma.