At IBC Tokina were showcasing a brand new full frame 100mm cine macro lens that is available in PL, Canon EF, Nikon F and Sony E mounts. The mounts are interchangeable, but according to Tokina you won’t be able to swap the mounts over yourself. The lens is in an all metal housing and features independent iris, focus and aperture rings that are all fitted with metal cine gears. 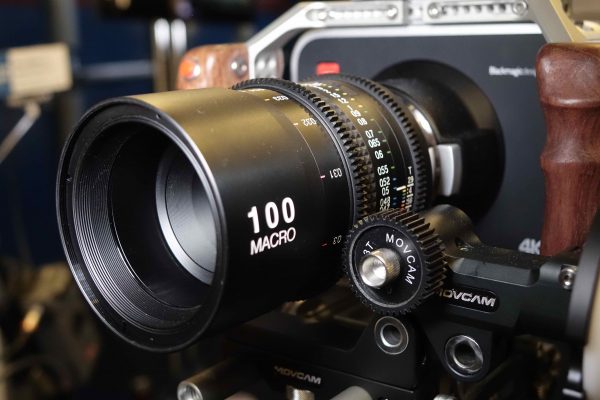 The aperture range is from T2.9 to T32 and the lens consists of nine elements in eight groups. The 100mm macro features a true 1:1 focus magnification and has a close focus ability of 30cm (11.8inches). From using the lens at the Tokina booth I found that the close focus distance of 30cm may be a conservative estimate from Tokina. I was able to focus on objects even closer than that. 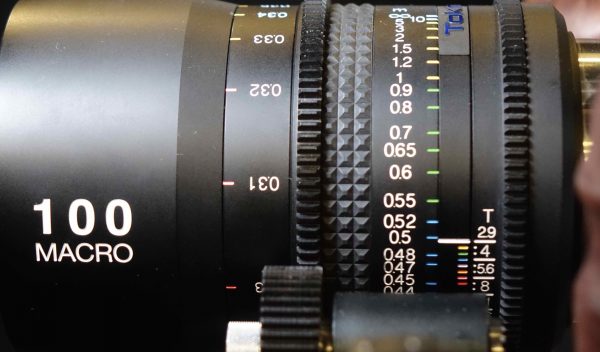 The lens features an 82mm front diameter and weighs in at just over 1kg. Tokina claims the lens has low levels of chromatic aberation and distortion. From my quick play with the lens at their booth I was impressed with the operation and sharpness that the lens offered. It is beautifully made and the operation of the lens is smooth and precise. 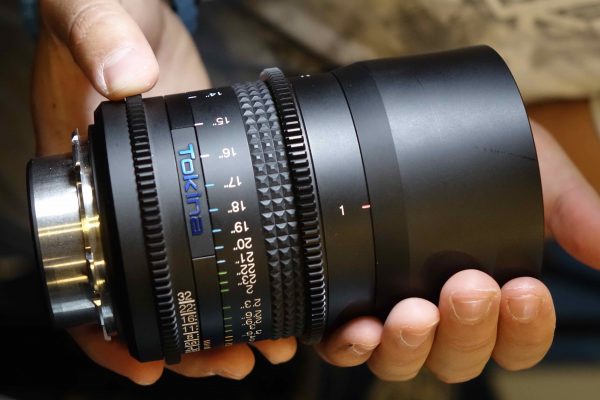 The 100mm cine macro lens should be shipping in December for $2500US. 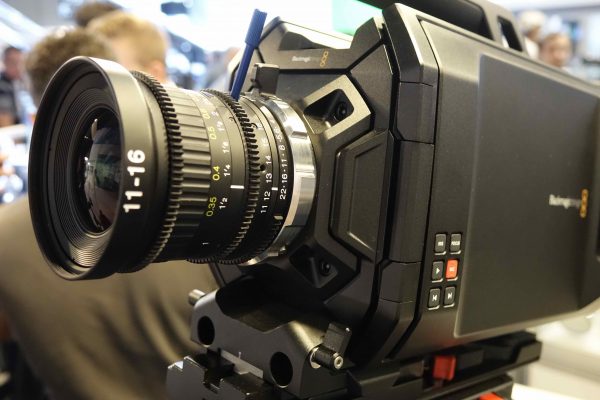 The Tokina 11-16mm has been one of the most popular wide angle lenses available on the market for quite some time. The lens has been cine converted and given a PL mount by numerous companies, but strangely enough never by Tokina themselves. 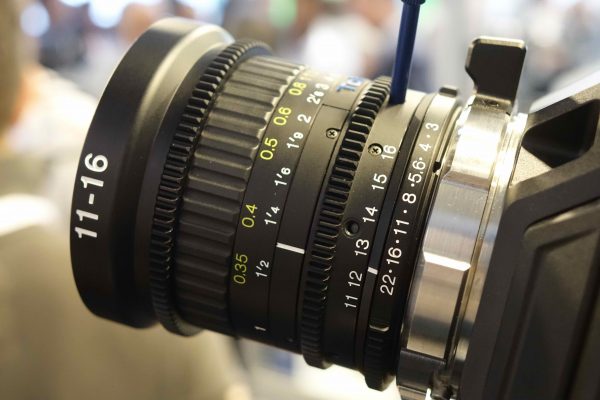 The companies 11-16mm cine conversion was previously only available in Canon EF mount, but it is now available in a new housing and a PL mount. The focus throw has been greatly expanded from 83 degrees up to 166 degrees after customers were complaining that the focus throw was too short.

I had a quick play with the lens at the booth – it’s beautifully made and the operation of the iris, focus and zoom felt very smooth. I expect this lens to be a big seller for Tokina, given their competitive pricing compared to some other conversions available.

The lens is expected to ship in October for $1899US. 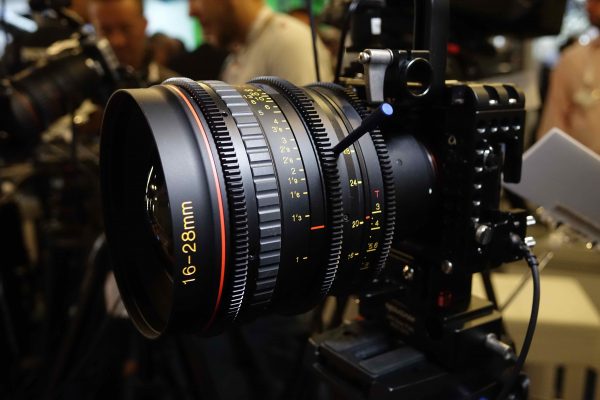 The final lens that Tokina were showing was their 16-28mm T3 full frame cine zoom lens. This lens has been available for some time in PL mount, but it is now available in Sony E-mount. This lens was being shown on a Sony a7S and offers an extremely wide field of view on a full frame camera. It is big and heavy, but does feature a nice built-in mount for attaching a lens support. 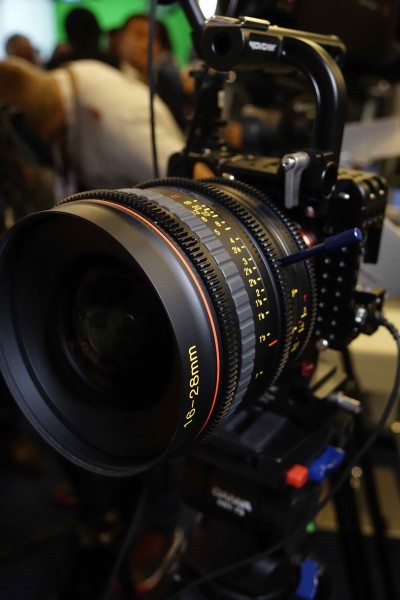 The lens won’t be available in E-mount until January next year and will retail for $4000US.