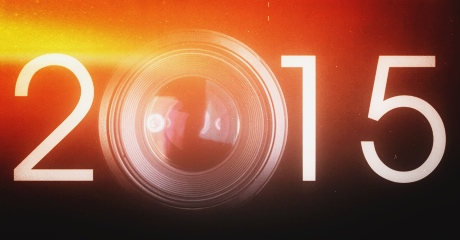 We all thought 2014 would finally be the year 4K took off in a big way. Did it? Well it stuttered, stumbled and never really got off the ground. The World Cup in Brazil last year was supposed to be a showcase for 4K. There was just one problem — you couldn’t actually watch the World Cup in 4K. Only three matches were actually filmed in 4K. There wasn’t any live streaming or broadcasts to homes. Many consumers who purchased 4K displays for the tournament were left disappointed.

The reality is very few productions actually shoot in 4K. This is starting to change, but a lot of directors and DPs still prefer the look of cameras such as the Alexa.

A big proportion of shooters now own 4K capable cameras but just how many of you are being requested to shoot in 4K for paid jobs? Most of my clients in the documentary and corporate world still ask for HD MPEG files. I would love to shoot in 4k but the reality is no one wants to deal with it. For broadcasters 4K is a long way off.

Certainly in 2015 I do see a lot more online content being delivered in 4K. With YouTube and Vimeo offering various ways of uploading and downloading 4K material there is now a genuine reason to deliver in 4K.

On the consumer side 4K is being heavily marketed. Just about every new camera that comes out is now 4K capable. We have already seen a 4K GoPro and now there is even app called Ultrakam 4K for $9.99 that enables you to capture 4K material on your iPhone 6 or 6+.

Big events like the World Cup and the Olympics drive TV sales. Not being able to watch the World Cup in 4K may well have had an impact on the take up of 4K/UHD sets. 4K TV sales in the United States now account for 7% of overall U.S. flat panel revenues, or about $668 million. This figure is from the 1st January 2014 up until the end of October 2014 according to Researcher NPD Group. In 2014, unit sales of 4K/UHD televisions were 9X the number of sets sold in 2013.

The average price of the 4K/UHD sets was $2,400, compared to an average of $450 for a flat panel TV. Prices of 4K/UHD screens will come down overtime but at the moment they are still being viewed by consumers as a premium item. For those who did purchase 4K/UHD sets, size did matter. NPD found more than 70% of the 4K/UHD TVs sold from January 1st to the end of October 2014 were either 55” or 65” in size. The DisplaySearch report indicated that in excess of 6.4 million 4K/UHD TV’s were sold worldwide in 2014.

According to the Display Search report, annual TV shipment growth averaged less than 1% on a unit and revenue basis in the first half of 2014. This is the primary reason the big electronic giants want you to buy a 4K/UHD TV. Samsung has by far the biggest worldwide 4K TV sales. Another Korean company LGE is second. Sony who used to be a market leader in TV sales has only 10% of the global 4K TV market.

What may surprise you is China is the leading 4K TV consumer market in the World. Local Chinese brands are now competing head to head with Samsung. This increased pressure from Chinese brands and the arrival of greater competition in North America and other markets will continue to push the price of 4K/UHD sets down.

Apple, who have a proven track record of establishing and setting market trends have trodden lightly to date in the 4K/UHD market. We did see the release of a new iMac last year that featured a 5K retina display but their rumoured 4K TV is yet to make an appearance. Apple saw the need for a 5K display for content creators but it seems they are holding off on pushing 4K content through iTunes.

The biggest problem with 4K to date is not the availability of 4K content creation or having a screen to view it on- it’s content delivery. Sure you can go and buy a 4K/UHD TV from your local store but what are you going to watch on it? In a lot of countries they are still broadcasting SD and even the ones that are broadcasting HD, a lot of it is 720p. 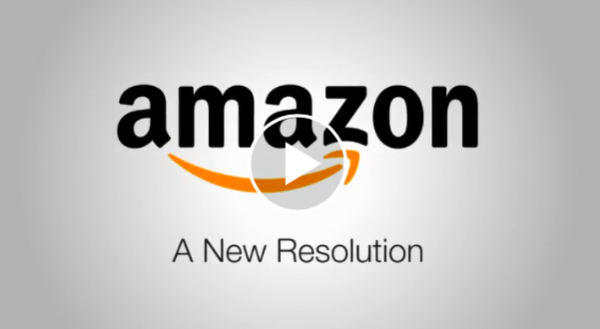 If you are lucky enough to live in the Unites States and other select countries you do have some options to watch 4K content. Netflix, Amazon Instant Video and Sony’s Video Unlimited 4K all launched 4K services in 2014. Be warned though, as you can only watch the 4k on a 4K/UHD TV. Amazon’s new Ultra HD streaming, just like Netflix, won’t work on a PC or Mac. You will be left with 1080p video despite the hardware being ready for 4K. The reason behind this is probably more to do with security than the technology. Your TV is secure and has no output to it. On a PC or Mac you could intercept the 4K content and then transmit it to a country that doesn’t have the rights. Hollywood is very protective of the content it makes. It took 18 months to come up with the security that movie studios thought would sufficiently protect DVD playback on PCs. With 4K, the predictions are that you won’t be able to stream to a PC or Mac until sometime this year, when the next version of HDCP is finalised. HDCP stands for High-Bandwidth Digital Content Protection, a copy protection scheme to eliminate the possibility of intercepting digital data midstream between the source to the display. Once this is implemented you can almost bet your house that Apple will start streaming 4K content to its 4K capable products.

Being able to offer 4K content is one thing, but having the broadband speeds to carry 4K is another. Even in the US people have trouble achieving consistent enough data rates to view HD material. Take four times as many pixels and you are going to need a lot more bandwidth to watch 4K. Providers like Netflix require around 15Mbps to stream H.265 encoded content. Not only is the speed a problem but the amount of data you need to stream is enormous. Netflix CEO Reed Hastings not that long ago stated the company’s planned 4K streams will need at least 15 Mbps but optimally 50 Mbps. Streaming a 1080p 3D movie from Netflix at the moment eats around 4 to 5 GB per hour; for 4K that will jump closer to 20 to 30 GB per hour. If your internet service provider is only offering capped download limits you will be in trouble.

Even in Japan today, where I live, I can’t watch any 4K content easily. In a lot of countries around the world the internet speeds are barely capable of streaming HD let alone 4K. So what about 4K physical media? The Blu-Ray Disc Association has almost finished creating a new 4K Blu-ray disc. According to a report by Cnet, the organization will debut its new Ultra High Definition discs for licensing in the spring or summer of 2015. Using physical media instead of relying on Internet connections means Blu-ray discs can provide the best possible image quality and a more reliable viewing experience. The new 4K Blu Ray specifications are said to improve color gamut dramatically and offer a higher dynamic range so details in shadows and highlights are visible. The new format also will be able to show 4K video at 60 frames per second.

Whether 4K Blu Ray will catch on is a big question. In this digital age it is all about streaming and convenience. There has been a definite shift away from owning physical media. We saw it happen to the music industry with iTunes.

2015 will no doubt see 4K take another step forward. Just how far forward it goes we will have to wait and see.