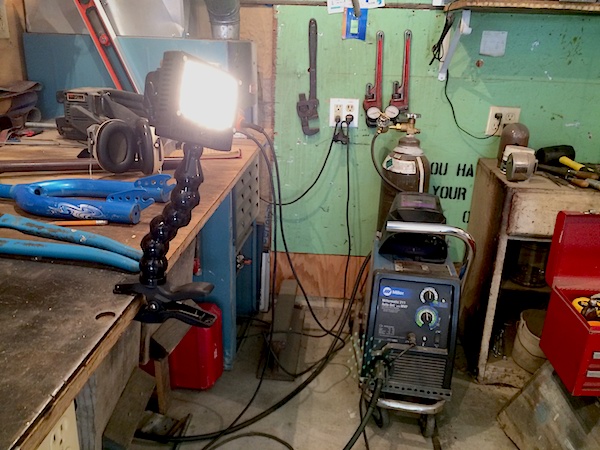 There are a few different ways to mount small lights, pocket cameras, and other accessories without carrying around light stands or tripods. In my kit, I’ve always kept a Joby Gorillapod around for these kinds of applications. But while it works well as a small stand, sometimes it’s a challenge to wrap a Gorillapod around an object, without it sliding around.

The Dinkum Systems ActionPod ($35) fits that much needed area where the Gorillapod does not work as well. It has a 1/4-20″ thread at the top, a 7-inch articulating arm, and a really tight clamp that can fit around tables, backs of chairs, poles, etc. I’ve been using it to hold a rim light, as well as a GoPro mount (more on that in a bit). 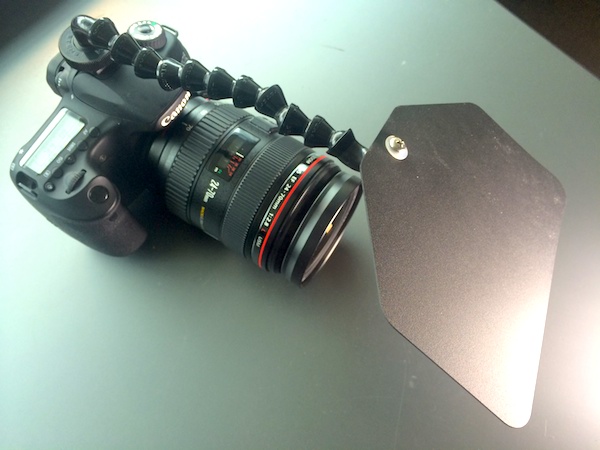 Dinkum Systems offers a range of accessories that can be placed onto the removable arm of the ActionPod, including a rather nice lens shade. Their lightweight COMPACT Lens Shade ($40) for DSLR cameras and small camcorders has a 7.5″ articulating arm that attaches to the camera’s hot/cold shoe.

I personally don’t use a matte box for documentary filmmaking, but sometimes when I’m shooting an interview, a rim light will flare up on my lens, and having this lens shade is an easy solution that doesn’t take up much space in my kit bag. The arm is sturdy enough, however, that you could run and gun with this lens shade without having to readjust along the way. A larger Cine lens shade is available for bigger cameras and lenses.

The Dinkum Flexipod can be used to hold microphones and is essentially an Actionpod but with a 3/8-16″ threaded Fleximount on the end that is commonly used for mic suspensions and grips. 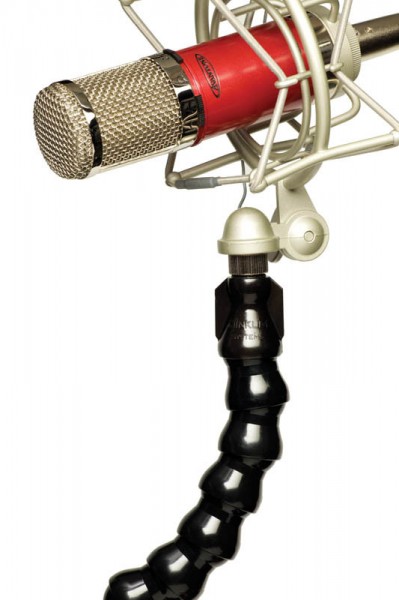 Dinkum do have some competition though. GoPro makes its own similar clamp called Jaws: Flex Clamp ($50) – but it can only mount a GoPro, whereas an ActionPod can fit many accessories on its ¼” thread. You’d need to get a GoPro tripod mount ($9) to screw on top of the ActionPod, but you probably want one of those anyway to use your GoPro with other small stands or tripods. Interestingly the GoPro Jaws Flex Clamp is also the subject of a lawsuit by Dinkum Systems.

Both the ActionPod and the Nasty Clamp are really great tools to have with you at all times – especially for holding small lights or shooting time lapses. However, I don’t recommended using them for shooting GoPro video from moving objects. 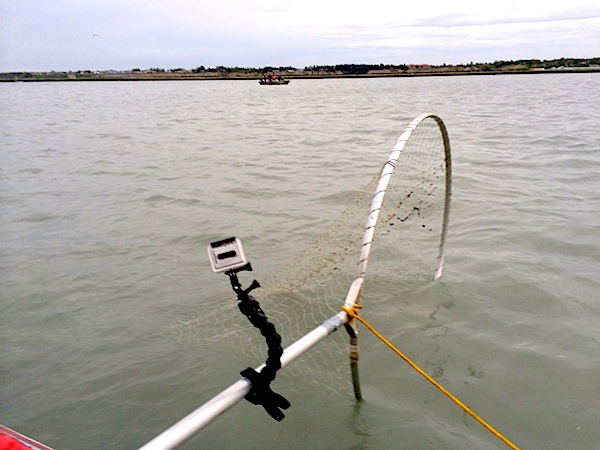 Why? The picture above was the last time I saw this GoPro (thankfully it was only a Hero 2). It was attached to a dip net trying to get shots of fish being caught. The clamp part is really tight and held on even around water, but the removable arm piece failed and dropped the GoPro somewhere deep into Alaska’s Kenai River. The dip net wasn’t even being moved wildly – I can’t imagine trusting it on a motorcycle, car, plane, or anywhere more “extreme” than on a static object.

So for anything other than extreme GoPro filming, the ActionPod is a very useful tool to have in your kit bag. And there are many opportunities to use them, from lights, to small cameras, to microphones, external audio recorders, etc. Dinkum Systems also makes a variety of accessories for the ActionPod, such as a cantilever clamp, a 3/8″ adapter, and different sizes of clamps, so one ActionPod can get you a lot of different uses.

After using the Dinkum ActionPod for a few months, I can see it being a useful part of any shooter’s kit – it’s certainly small enough that you can carry it everywhere, ready to take out during that one time where you absolutely could not do without it.

You can find out more about Dinkum Systems products on their website.

Slavik Boyechko is a documentary filmmaker based in Anchorage, Alaska, where he shoots and edits the PBS Digital Studios series INDIE ALASKA. You can follow him on Twitter @akvideoshooter.