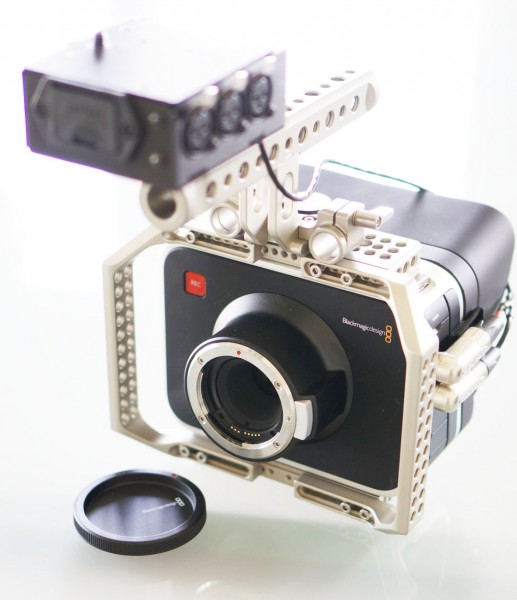 Blackmagic Design CEO Grant Petty today announced a major price reduction for his company’s original 2.5K Cinema Camera. It was already competitively priced at $2995 US including a full copy of Davinci Resolve. Now the camera will cost $1995 US for all new and unfulfilled orders. This applies both to the EF and passive Micro 4/3 mount versions. The EF version seems to be readily available now from many dealers but the Micro 4/3 is still hard to get and there is no indication of whether this is likely to change.

The BMCC will also get a significant firmware upgrade with a “new de-bayer processing that will improve the cameras sharpness when shooting non RAW files” as well as an autofocus mode (which I am guessing won’t be terribly fast). 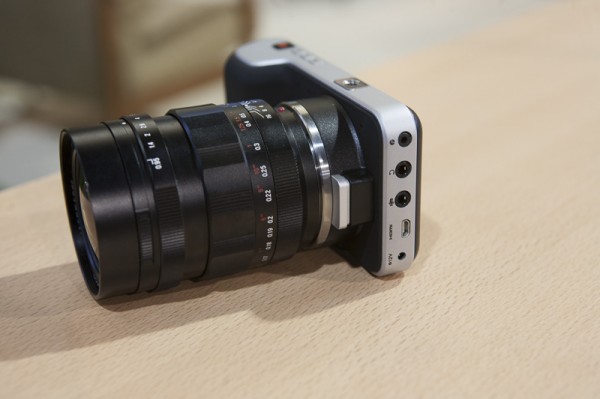 Petty also announced that highly anticipated Pocket Cinema Camera is shipping, although no information was given about quantities. I have yet to hear of a regular user receiving their unit. I hope they will be able to ship in large enough numbers to satisfy customer demand. The camera has also received firmware upgrades that allow for one-push autofocus. 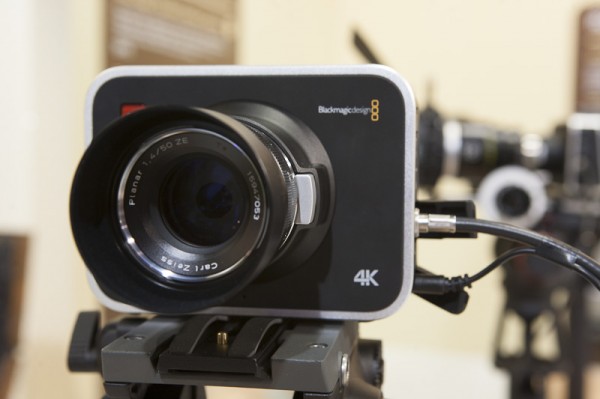 The 4K camera announced at NAB is still to ship and is said to be delayed at least 3 to 4 weeks.

I have owned a Canon EF fit BMCC for some time now. I prefer using a Canon C300 or 1D C over the BMCC for my assignments because of ergonomics and sensor size, but the BMCC has seen use as a second camera shooting ProRes on a few shoots. I haven’t shot much Cinema DNG as I haven’t seen the need but am very impressed with the quality of the ProRes files. I’ll be very interested to see how much better the files get when the new de-bayer processing is available.

Recently there have been some developments which when combined with the price reduction make the BMCC a much more practical proposition for shooters looking to upgrade from DSLR. With it’s small sensor getting a shallow depth of field to images can be tricky – especially without opting for fast primes or cine lenses. Sigma’s new 18-35mm f1.8 has changed this and provides a fast aperture, mid-ranged zoom that works really well with the BMCC. There is also the new Samyang/Rokinon 16mm T2.2 which is a potentially useful fast aperture wide cine lens. Fast aperture ultra wide lenses are still a problem however and most users seem to go for either the Sigma 8-16mm f4.5-5.6 or the Tokina 11-16mm f2.8.

If you opt for the Micro 4/3 version of the BMCC then adding the MFT Metabones Speedbooster will give you several options to increase lens choice. Nikon, Leica and Contax lenses can all be used and the Speedbooster will aid in getting a shallower depth of field look.

The price of SSD drives that the camera records onto has reduced significantly since the BMCC first shipped. I much prefer using these off-the-shelf disks to more expensive proprietary solutions used in other cameras by the likes of Sony and Panasonic.

Audio wise the BMCC is in need of some additional help. By default it has no audio level meters and no XLR sockets. The solution I have found is to use a Juicedlink BMC366 http://www.juicedlink.com/all-audio-products/bmc366-blackmagic-cinema-camera-preamp-p-64 low noise pre-amp in combination with a Cineroid EVF4 RVW which has audio level metering over SDI.

Lastly the BMCC really needs a decent rig to make it work on the shoulder with an EVF. Initially these were hard to find but thankfully there are now several great rigs for the BMCC on the market and you should have no problem finding one that works for you. My personal preference is a Movcam setup that allows me to trigger the camera via lanc control from a wooden handle on the rig. It also has a v-lock battery plate that can be used to power the camera for long periods (I have found the internal battery life too short to be practical).

All these things combined make the BMCC a much more attractive camera now than before. I hope to get more use out of mine now. If you are in the market for a new camera system but can’t stretch to a Canon C300, Sony FS700 or F5 then the BMCC is well worth a look.

Here is an extract from Grant Petty’s announcement:

Camera Update
The new Blackmagic Pocket Cinema Camera is now shipping and there is a software update for it posted on our web site.
There are some new features in the software for the Pocket Cinema Camera. You can now focus by pushing the focus button when using an active MFT lens. This makes it very easy to accurately focus. The focus peaking feature is still there and you enable it by double pressing the focus button. The focus zoom feature is enabled by double pressing the OK button.

There will be an update for the 2.5K Blackmagic Cinema Camera soon that will also add these features, plus new de-bayer processing that will improve the cameras sharpness when shooting non RAW files.

The Blackmagic Production Camera 4K is not yet shipping as we need some more time. Our first batch of sensors was delivered only this week, so we have not been able to complete the software for the camera. We expect to start shipping in about 3 to 4 weeks once the final software work and testing is completed.

We have done it and from today the Blackmagic Cinema Camera EF and MFT models will be reduced in price to US$1,995. This is very exciting and is one of the proudest moments of my life to be able to do this!

I think people will be able to use the savings to invest in some exciting lenses and rigs to really boost the creative possibilities. The Blackmagic Cinema Camera is a fantastic design that’s now well proven. The advantage of the 2.5K sensor is it has enough resolution to eliminate the bayer resolution loss of a HD sensor, but when shooting RAW it produces files that are too not to big to store and work with easily. It’s a fantastic solution.
All orders placed that have not yet been filled, can be reduced to the new lower price.