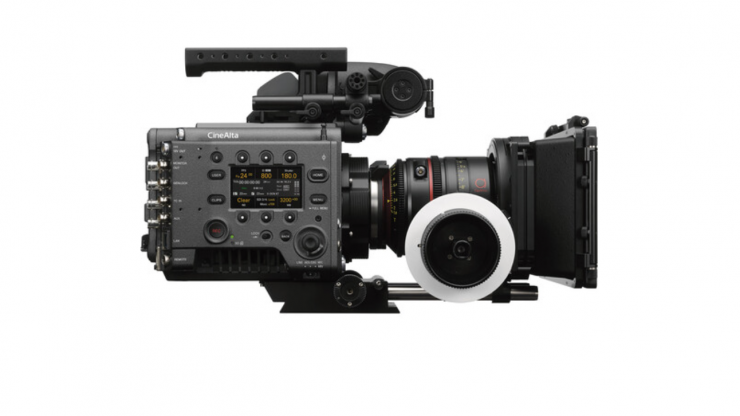 As a comparison, above is what the VENICE 2 8K is capable of shooting with the current firmware.

Version 2.00 will also allow users to embed LUT (Look Up Table) and CDL (Color Decision Lists) data in clips. It also gives users new monitor-out functions such as zoom to fit for anamorphic lenses and the ability to change the position of the recording status indicator and playback status indicator up to eight positions to the center of the screen.

The firmware update will also allow one of nine positions on the viewfinder to be magnified to assist with focus and shooting. New functions also allow users to output the same image as the viewfinder with settings, such as peaking and zebra, via the monitor-out. Playback functions have also been improved. Playback position in the clip is now displayed and allows frame-by-frame playback. EI metadata is also applied during playback.

New functionality has also been added for using the camera in virtual production environments. The VENICE 2 will sync functions, including phase shifting of Genlock, which enables you to shift on-camera artifacts until they are minimized. Additionally, Genlock is now available when shooting at high frame rates.

Sony does have a habit of trickling out firmware updates for their high-end digital cinema cameras over a period of years. While there is nothing wrong with doing this, I think a lot of owners would prefer to have seen all of the features available at launch, especially when it comes to recording modes and frame rates.