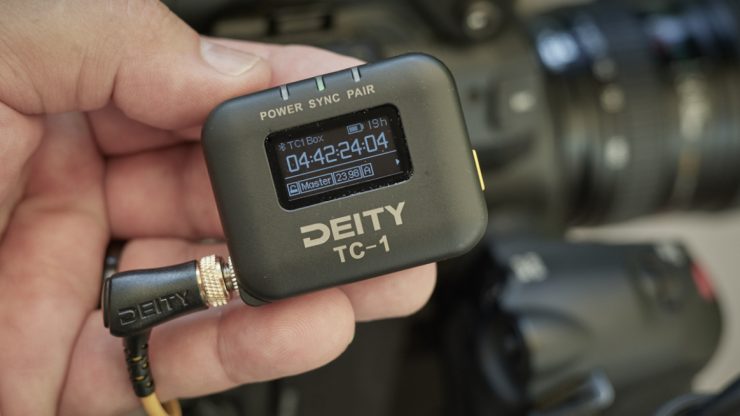 There are only 4 days left to get the Deity TC-1 for $169 USD then the price will go up to its normal recommended retail price of $199 USD.

$169 USD was an introductory price at launch and if you are still interested in picking up a Deity TC-1 then now is the time to do it before it goes to $199 USD.

Erik reviewed the TC-1 about a month ago. You can read that review here.

If you are not familiar with the TC-1 it can jam timecode to a camera that has a dedicated Timecode port or send LTC audio timecode to a DSLR or mirrorless hybrid using the 3.5mm audio input. The TC-1 also has a built-in microphone to get scratch audio on the left channel and Timecode on the right