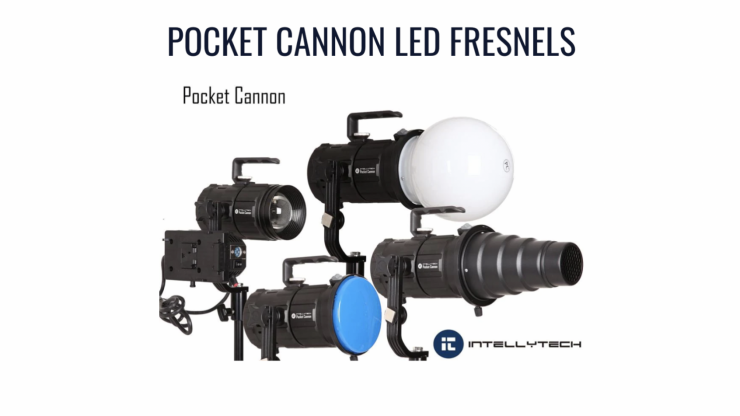 Intellytech currently has pretty substantial discounts on its Pocket Cannon Focusable 5600K LED Fresnel fixtures for the next few days.

The Pocket Cannon Focusable 5600K LED Fresnel fixtures are capable of producing direct, bright light while only consuming 30 Watts of power. Intellytech claims that they are brighter than most other LED’s consuming more than 60 Watts of power.

Above you can see the claimed output photometric results.

If you need even more control, the Pocket Cannon has a variety of Light Modifiers available. The lights are also sold as a Kit which includes a Snoot, Honeycomb Grid, Light Globe, Orange Yellow, Blue, Diffused Filters, and Softbox.

Here are the deals that are currently available: