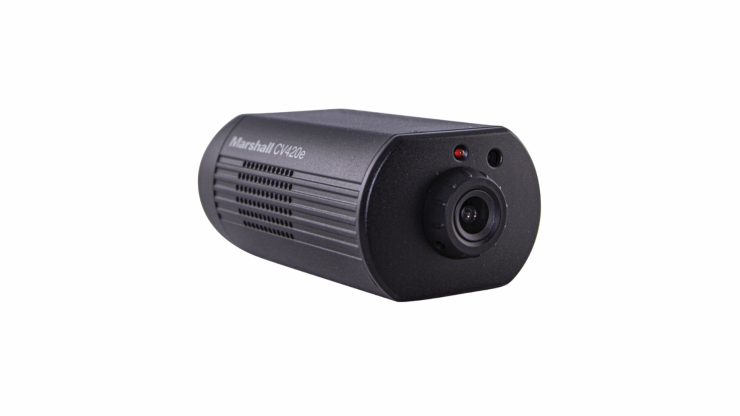 The 9.5 Megapixel 4K sensor is capable of outputting 4K UHD at up to 60fps. The camera’s 4.5mm lens features a wide angle, over 100-degree field of view that is claimed to have minimal amounts of distortion. The CV420e’s digital pan, tilt and zoom comes with more than 250 presets that are savable and selectable from any number of command sources including IR remote, video management software, web browser GUI, OBS plugins, vMix and a host of other compatible soft codecs and devices.

The CV420e is small and compact and it is only 4.5″ / 11.43cm long. It also comes with rear protection wings to avoid cable disconnect drops. The CV420e has an audio 3.5mm input (line/mic) embedded on all available outputs and can be controlled via remote control (included), Ethernet (IP) and/or USB. The CV420e also comes equipped with a front-facing Tally Light for LIVE and available designations and OBS Plugins/Docks, VMS, vMix, and Clickshare, etc.

There is currently no indication about pricing or availability.