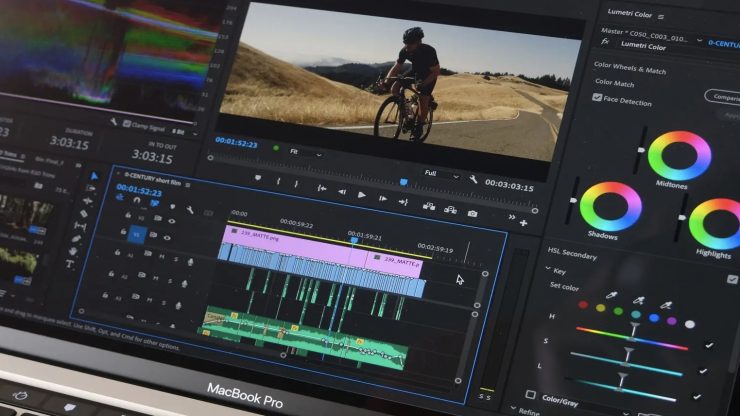 Adobe has released Premiere Pro Pro 22.4 which promises performance updates that include new hardware encoding support for macOS and AMD GPUs on Windows, making faster exports for 10-bit 4:2:2 HEVC available across all platforms.

New hardware-accelerated encoding for AMD GPUs on Windows is also claimed to deliver up to 10x faster exports for 10-bit 4:2:0 HEVC, including HDR video.

Smart rendering performance has also been improved and playback of QuickTime screen recordings is claimed to be smoother.

Feature enhancements in this release also include support for transparencies in GIFs and options to distribute the spacing between objects for titles and graphics.

If you are working with HDR footage you can create HDR proxies of your media. This allows you to generate smaller medium- and high-resolution copies of your files in the correct color space, automatically. HDR proxies match the originals visually and are claimed to offer improved performance while editing.