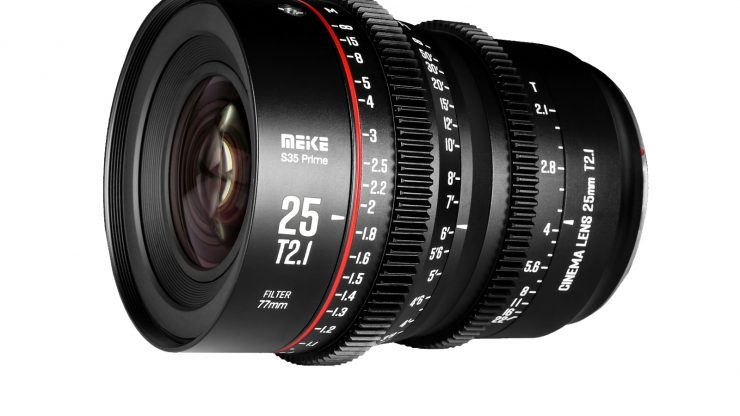 Meike has announced its new S35 25mm T2.1 Prime Lens. This is the fourth cine lens in the Super35-Prime Cine Lens Series.

The Meike S35 prime lenses all cover an image circle of 33.6 mm, and from previous testing, I have found that they will actually cover quite a few full-frame cameras when shooting in 4K.

The lens features industry-standard 0.8mm pitch gears on the focus and aperture rings and it has a minimum focus distance of 35cm / 13.78″. It also has a front filter diameter of 77mm.

The optical construction of the lens consists of 13 elements in 10 groups and it has 9 aperture blades.

The complete Meike S35 lens set will eventually consists of: