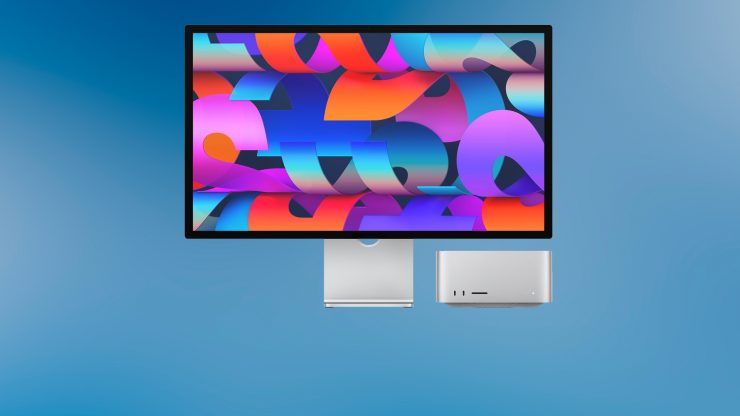 Apple’s slowly updating their computer line up with M1 Silicon, and today was an impressive reveal of the new M1 Ultra chip that will be in the all-new Mac Studio computer.

The M1 Ultra is basically two M1 Max chips combined with apples newest tech to make these two chips work together with less energy. The interconnect allows for 2.5TB/s of bandwidth between the two chips.

The surprise for me was the new Mac Mini Pro… Oh, I meant Mac Studio. It’s an impressively compact and powerful computer that you can slide under your monitor. Apple states the fans are not loud, but I think that depends on how much ambient sound is in the area.

On the back of the Mac Studio is four Thunderbolt 4 ports. It also includes the following

There are two USB-C ports and an SD card slot on the front.

So what do you get as far as configurations?

This looks like a lot of computer for the money and will give some Windows PC users pause on possibly upgrading the old desktop with another Windows machine. If you can live with Mac OS you get a lot of power for the money and I think the computer will age well. That’s not common these days. Mac users are either going to jump in or wait for the Mac Pro release in the future. I like what I see with the M1. Anything to make cutting crappy codecs easier is much appreciated.

I was looking forward to this one! Like many that bought the new MacBook Pro M1 Max, it felt like you had to look at others for a display as the $5800 32″ Pro Display XDR was way out of many folk’s budgets including me. The Studio Display retails for $1599 and while that is still a lot of money it has more features than the current offerings and if you can live with a 27″ it seems like a good deal.

The Studio Display is a 27-inch (diagonal) 5K Retina display with 5120-by-2880 resolution at 218 pixels per inch and 600 nits brightness with 1 billion colors and a wide color (P3) True Tone technology. It can be upgraded to a Nano-texture glass.

The display also has a 12MP Ultra-Wide camera with 122° field of view ƒ/2.4 aperture and a first for an external display includes Center Stage. Most monitors have unusable speakers. The Studio Display has a high-fidelity six-speaker system with force-canceling woofers and support for Spatial Audio when playing music or video with Dolby Atmos.

One thing that struck me is no new iMac Pro with Max or Ultra. I think we might have seen the end of the all-in-one for pro-level Apple Silicon. The Mac Studio seems to be that computer now. Paired with a Studio Display it looks like a great setup. Apple also teased a Mac Pro will be coming at a later time. I would think the Mac Pro with at least twice the computing power of the studio and expandability would be an insane computer for grinding 8K and Raw footage.