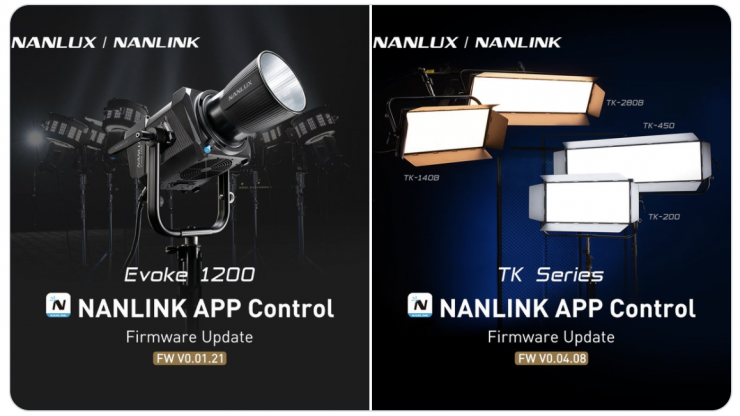 The NANLINK App allows you to control select Nanlux lights such as the Evoke 1200 via Bluetooth. You don’t need any additional transmitting device to control the fixture.

The Evoke 1200 gets the following new capabilities:

Despite being announced way back in May 2021, the Evoke 1200 isn’t shipping in a lot of places around the world and it is still listed for pre-order on B&H. I reviewed the Evoke 1200 in September 2021 and you can read that review here.

The Evoke 1200 now faces direct competition from the Aputure LS 1200d Pro which is also only available to pre-order.